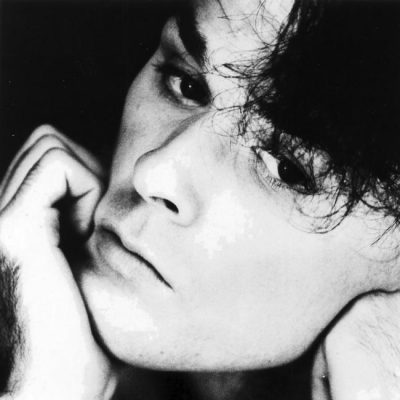 Billy MacKenzie was adored by musical mavericks such as Bjork, Marc Almond and Siouxsie Sioux for his wonderful soaring operatic voice. Following a bout of depression, he committed suicide in January 1997, robbing Scotland of one of its most creative talents. Less well-known than his iconic music is the fact that Billy ran a clothes store in Dundee from the mid 1970s until the early 1980s, just a stone’s throw from the Reading Rooms. People remember well that he kept whippets as an extracurricular activity to his music but that’s to neglect the impact of his shop. Forget the endless repetition of the ‘Jute, Jam and Journalism’ Dundee cliché and celebrate the panache of Billy MacKenzie – straight in at number one in the Dun Deagh Department of Counter Culture.

Billy spoke through his clothes before his voice reached the airwaves, revolting through style. It is clear that he stood out from the crowd and was ridiculously good looking. The following quote by Billy is revealing as it illustrates the singer being utterly disarming, bold and wilful all at once. “We started a little shop called The Crypt, and I suppose then it must have been really odd for Dundonians because it was sorta like something like out of The Addams Family which I was always a great fan of.”

The treasure-trove that is Retro Dundee blogspot describes life in this northern town from that period richly. “The shop had a dungeon-like theme which was evident on the inside as well as the outside decor. There were coffin shaped changing rooms & dead animals (stuffed, of course) indoors, and a wrought iron portcullis at the doorway. The shop then changed to Plan 2 in the early 1980s when Billy’s brother took over.”  (Retro Dundee, 5 September 2008.)

“Billy had talked his father into setting him up in the lucrative business of the high-fashion ’70s boutique. The Crypt soon became the centre of fashionable activity for the Dundee hipster. Bearing a mock obsession with all things grisly or macabre and featuring both a stuffed snake and a mongoose, the shop took up an entire three floors, with the changing rooms – coffin-shaped – in the basement.” – Tom Doyle, The Glamour Chase, The Maverick Life of Billy MacKenzie, Bloomsbury, 1998, pp.41-42 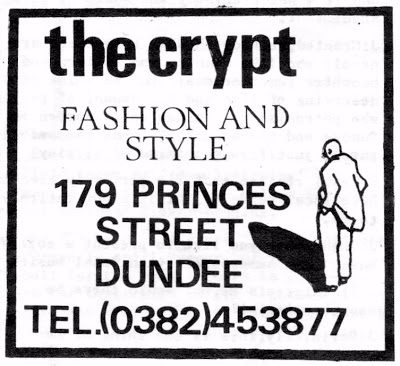 The shop combined carefully-chosen quality second hand garments and Billy’s own designs, customizations and alterations made to pre-existing clothes. “The Crypt combined Billy’s innate creativity and an inherited sense of retail nous.” – Lorraine Wilson, Take It To The Bridge, Black & White, 2011, p.98

Music journalist Paul Lester’s obituary of Billy describes The Crypt as “an art deco clothing emporium” and quotes Billy as saying “I wanted to dress the city and create something that was opposite to all the drabness that was infiltrating my vision.” Billy described this as “the happiest time, a really courtesan period,” despite the fact that, due to his increasingly flamboyant, Bowie/Ferry-inspired appearance, he was relentlessly picked on by Neanderthal Dundonians, who would batter him with poles, push him under buses, break his hands and split open his head. “It was all very dandy and glam,” said Billy, generously ignoring the savagery of his peers. “It reeked of extravagance. There was a real spirit of Sixties Italian Eurocentricity. We were extreme, like rock royalty.” Lester adds somewhat dismissively of the city of discovery – “The most extraordinary thing of all was that he had this immensely lush and melodramatic imagination, all Babylonian harems, peacocks and palaces, and yet he chose to live in Dundee.” – Paul Lester, Goodbye Mr MacKenzie, Uncut, June 1997.

Many of the city’s citizens are forever thankful that Billy belonged to Dundee. Take Christine Beveridge (bandmate of MacKenzie in 39 Lyon Street and Orbidoig) who found Billy through The Crypt: “The shop really was like nothing I’d ever seen at the time… I’d remembered noticing him before – in those days people didn’t dress like him or look like him in Dundee. I couldn’t wait until I could get back in that shop to spend all my money.” –  Tom Doyle, The Glamour Chase, The Maverick Life of Billy MacKenzie, Bloomsbury, 1998.

Princes Street, Stobswell, Dundee is not quite the same as Princes Street, Edinburgh but nonetheless it was an important and idiosyncratic playground for Billy’s first manifesto – to style a city and create a scene. As a restless teenager he’d already been to New Zealand and the USA, married a girl but was inexorably tied at the hip to his family and his whippets which kept him returning home. His association and vital spark with Alan Rankine effectively ended when Billy didn’t fancy the slog of an American tour. And that infamous decadent act of being dropped by his London record label and requesting a contract taxi home and taking it all the way back to Dundee (500 Miles) sums him up beautifully. “Any wanderlust had been satisfied in his teens, so the hills around Dundee were enough escape for him.” – Lorraine Wilson, Take It To The Bridge, Black & White, 2011, p.97 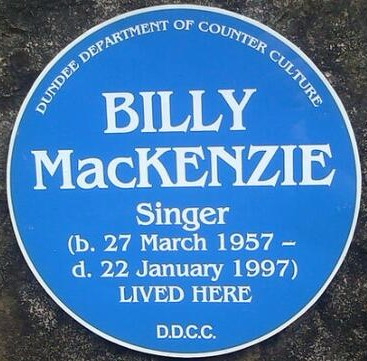 In 1982, at the zenith of their success, when the band regularly adorned the covers of the inkies and featured in fashion shoots in The Face, Adrian Thrills conducted an illuminating interview with The Associates (between the release of their two biggest hits Party Fears Two and Club Country and on the eve of the release of the hit album Sulk). “This interest in style is reflected in his own quirkily original dress, assorted hats and berets being a speciality. In a recent NME Portrait Of The Artist, he had the impetuosity to list Italian Casual Wear 1952-59 as a fascinating fashion fetish. Billy: “Up in Dundee, it’s easy to get hold of good clothes quite cheaply. I just really like the feel of good materials. The Italians in the ’50s were really good at that. It was all ’50s suits and trousers, the sort of stuff that places like Robot are doing now. There was a big market for it in a place like Dundee because there were a lot of soul boy types who would be really into all those cuts. We used to be able to get £20 or £30 for a pair of trousers back in 1976. This all happened when I was about l9. It was just a great opportunity. I already knew that I was able to sing and this gave me the opportunity to do something else – design clothes and do window dressing. It gave me a chance to pursue those different angles. For me, it was a very similar thing to the songwriting. It’s just the thing of making strong decisions, putting this here and that over there.” – Adrian Thrills, The Secret Life of The Associates, NME, 24 April 1982.

This town has dragged you down

– Morrissey’s words allegedly about Billy in The Smiths’ song William it was really nothing (Rough Trade, 1984) prompted an affectionate retort in the song Stephen, You’re Really Something about their rumoured relationship that kept the curious guessing:

“Not only did I not feel like the spokesman for a generation, I didn’t actually feel that interesting as a person. When my icons just seemed so supernova, I did think I had to match that. How could I, coming from a scuzzy scheme in fuckin’ Dundee?” – The Independent, 25 January 1997.

The stars that Billy and Alan looked up to and mentioned in interviews were silver screen idols like Gloria Swanson and Buster Keaton and singers and groups including Shirley Bassey, Sparks and Roxy Music. Billy was called Scotland’s Sinatra, though I think of him more as more of our Scott Walker. At a time when Dundee was impersonating Soviet Russia in Alan Bennett’s An Englishman Abroad, Billy was a beacon of glamour and excess. But he was firmly rooted to Dundee – home and heart and all that. It’s kinda funny that the city is now well into a couple of stages of cultural reinvention. Already re-branded as one of the prestigious Unesco City of Design cities and talked up for being a city of culture, Dundee now possesses the self-belief to persuade star architects like Frank Gehry and Kengu Kuma to want to build here. Billy laid the foundations for Generator Projects, DCA and the V&A.

It takes me back to the early 1980s when many of us were transfixed and changed utterly by The Associates on Top of the Pops. It was something about growing up in a small town and dreaming about bursting out. I’m thinking about the Scottish small town or city represented by The Associates and The Jesus and Mary Chain and East Kilbride, or in Bill Forsyth’s film Gregory’s Girl and the depiction of Cumbernauld (Billy did as much for the vogue for berets as Clare Grogan). Having lived in Dundee for several years, I’ve often wondered what Billy would have thought of the changes to his city. As I pack up my things and go after nearly a decade in Dundee, I think about him all the time. I would have loved to have met him. I had the pleasure of meeting Alan Rankine to seek his blessing to call an exhibition The Associates. The exhibition featured seventeen Duncan of Jordanstone College of Art and Design graduates who had emerged out of Dundee in the years since Billy passed. I was going for a Wildean “we are all in the gutter, but some of us are looking at the stars” show personified by the decadent limelight of those seminal Top of the Pops performances underscored by the more introspective aspects of composition (equally true to art or music and life in general).

A few years ago at a party in a Berlin Gallery, I was invited to choose any song I wanted. I opted for the Associates’ cover of Boys Keep Swinging cover. The next morning I heard a first play of Where Are We Now? by Bowie from The Next Day album – his first in several years. Heaven loves ya.