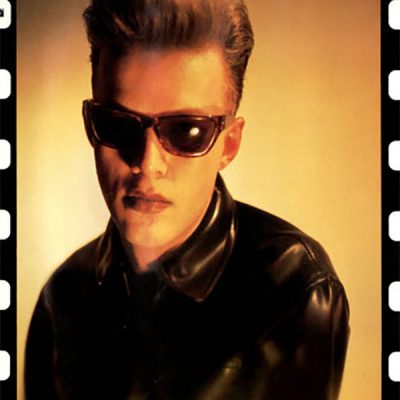 When they come to make the movie of Postcard Records and Orange Juice, as someone surely must, I imagine it would open with a voiceover something like this:

“Once upon a time, there were three boys who shared a love of pop music, and a disdain for most other people. But I took them away from all that, and now they work for me. My name is Alan Horne.”

Head of Postcard Records, Horne saw himself as a maverick musical svengali in the mould of Malcolm McLaren or Joe Meek, and the founding members of Orange Juice were his angelic charges. Horne befriended Edwyn Collins, Steven Daly and James Kirk and, after the addition of drummer David McClymont and the false start of the Nu-sonics, they became Orange Juice, a band whose influence would far outweigh their
own fame and success.

Destined to become the epitome of a cult/indie band, they were certainly otherworldly enough under the grey skies of late’70s/early ‘80s Glasgow to be viewed with suspicion by most, and adored by those who shared their view. Deliberately and knowingly anti-rock in their stance and music, and dressing like dandified lumberjacks, they delighted in antagonising the unenlightened crowds who would often shout abuse at them. Orange Juice didn’t just acknowledge their difference to the status quo, (and Status Quo), they revelled in it.

While the entire band contributed to the whole, central to their look and sound was Edwyn Collins, a youthful Glaswegian aesthete with an unmistakable voice and a winning way with an arch lyric. In a recent interview with Nicola Meighan in The Herald Magazine, Collins said that he was “…terribly arrogant back in Orange Juice days, but also quite shy,” and that mixture of hubris and apprehension defined the band’s sound as well as their style. Never was this better illustrated than in the opening lines of their debut single, the classic ‘Falling and Laughing’,

“You may think me very naïve. Taken as true I only see what I want to see.
Avoid eye contact at all costs. What can I do to see your fine teeth smiling at me?”

But it wasn’t just what they played that made them special, it was how they played it. Exhibit A:

Orange Juice are one of Scotland’s greatest ever groups, but they were only the beginning of the Edwyn Collins’ story. Like his fellow Postcard alumni, and close friend, Roddy Frame, he continued making music which, while only occasionally troubling the charts, continued to be influential on other artists and which managed to chime with the ever changing times while remaining uniquely Edwyn. 1989’s ‘Hope and Despair’ and the following year’s ‘Hellbent On Compromise’ were strong albums which showed the depth of Collins’ song writing talent, but they got lost amongst those twin obsessions of the time of Madchester and the dance floor.

Then came Britpop, whose more interesting bands, such as Pulp, The Auteurs and Suede, cited Orange Juice as a major influence. This music and support seemed to invigorate Collins who made some of his best music since going solo. The 1994 album, ‘Gorgeous George’, not only saw him in demand once more, but spawned the biggest hit of his career so far, the global behemoth that was, and continues to be, ‘A Girl Like You’. But the album was so much more than that song. Tracks such as ‘The Campaign For Real Rock’ and ‘Low Expectations’ showed that Collins’ tongue remained firmly in his cheek, and even more mellow tracks, such as the titular ‘Gorgeous George’ had a sting in their tale. One of the best is ‘If You Could Love Me’, which showcases Collins’ understanding and love of soul and classic pop. Exhibit B:

Success seemed to bring out the best in him, a confidence boosting shot in the arm. The next couple of albums are two of his most experimental, and best. Of course some people were looking for another smash hit, but Collins has never played the game, in fact he delights in not doing so. For all his mastery of melody and elegant turn of phrase, this is a man who understands and believes in the punk ethic. 1997’s ‘I’m Not Following You’ and 2002’s ‘Dr Syntax’ sound like someone having the time of their lives, able to experiment in a way that is always easier after huge success, but rarely attempted. Songs such as ‘The Magic Piper of Love’ and ‘Jonny Teardrop’ homage the music of his youth, but it was when he rocked out that the most fun was to be found. Exhibit C, this is ‘Adidas World’:

The next album was ‘Home Again’, which saw Collins reflecting on his past. It was mostly written in 2004 but was not released until 2007, and it took on heartbreaking poignancy after the events of 2005. Product readers will be aware of Collins’ illness and subsequent remarkable recovery. To over-simplify; he suffered two strokes that left him unable to walk, talk, read or write and which wiped his memory clean. A new film, ‘The Possibilities Are Endless’, takes his recovery as its subject matter, as well as his relationship with his unfailing wife and manager Grace Maxwell, and I also highly recommend her book ‘Falling and Laughing: The Restoration of Edwyn Collins’ to discover more about their inspirational story.

Two of the most powerful aids to his recovery, aside from the enduring love and support, appear to be his deep affection for music and sheer-bloody mindedness, both of which typify everything he has ever recorded. You may think him very naïve, but you couldn’t be more mistaken. “Arrogant and shy”; it’s a combination I kept returning to as I considered the music of Edwyn Collins, and I would say it’s something he shares with most of my favourites artists; Kate Bush, Prince, Dylan, Morrissey, (and Marr for that matter), David Byrne, Andy Partridge, and on, and on. The desired state appears to be a golden mean; too much of one and the person could be unbearable, too much of the other and nothing would get done. It’s a tightrope Collins continues to walk with apparent ease. His most recent releases, 2010’s ‘Losing Sleep’ and 2013’s ‘Understated’ are must hear records that will smash most people’s preconceived perceptions, and which make me long to hear what he does next. What is clear is that from those early Postcard days to ‘Understated’, there is a thread that runs through all of his music that continues to be distinctly and unmistakably Edwyn Collins. Simply thrilled, honey? You have been. Exhibit D, I rest my case: