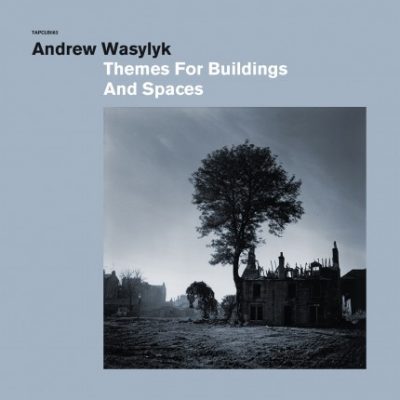 Dundee, as everyone knows, is on the up. With much of central Dundee  having been flattened and turned into a series of building sites over the last couple of years, and with developments such as the forthcoming V&A design museum looming at the dock-side, Tayside’s would be European Capital of Culture 2023 is in the throes of reinvention. In response, Dundee-born Andrew Wasylyk takes a wander around his home town in the form of eight impressionistic instrumentals that create a wistful psycho-graphic portrait of a time and place caught somewhere between past, present and future. Such a line of inquiry is a far cry from Mitchell’s tenure as front-person of country-tinged alt-pop outfit the Hazey Janes. His stint as bassist with a rejuvenated Idlewild too is not obvious grounding for such a leap. Mitchell has previous form with atmospheric ambience, however, by way of the dreamy electro space pop of Art of Memory Palace, the duo he formed with Raz Ullah to record the 2015 This Life is But A Passing Dream album. The same year, Mitchell made his debut as Andrew Wasylyk, taking his surname from a Ukrainian uncle for the vocal evocations of his first album, Soroky.

For this follow-up, Wasylyk shops strictly local, as indicated by the cover image, a black and white cityscape at dusk by Joseph McKenzie, the late London-born photographer and lecturer at Duncan of Jordanstone College of Art. The shadow of McKenzie’s 1966 series, Dundee – A City in Transition, hangs heavy here.

The opening Drift creaks in with a jaunty piano-led skip across the sights before stern Salvation Army style horns suggest a stern no-go area as guitar twangs make a break for the playground. Wasylyk describes the following Under High Blue Skies as an ‘ode to brutalism’, and it retains a propulsive sense of wonder as the horns mellow out. Vic Cricis slows the pace even more for a lush horn-led perambulation.

The lights dim to something even eerier for Ghosts of Park Place, where children can be heard playing in the middle distance over brooding and insistent layers of sound that grow woozy as the memories blur into one another. The mood continues on Come The Autumn, on which a plaintive trumpet seems to sound the last post on the rough and tumble of Wasylyk’s unreconstructed boulevard of broken dreams.

The juxtaposition of electric guitar and treated keyboard patterns on Lower Dens Works could be the soundtrack to a post 1960s ITC TV drama, a melancholy jumble of aspiration, reflection and grown-up disappointment. Think Albert Finney’s Charlie Bubbles character making a prodigal’s return to a bombed-out Salford in a white Rolls Royce. Menzieshill is even more insular, its solitary piano eventually given weight and depth by electronic textures and a mournful and utterly British brass sound. Finally, The Howff swells up as if an entire industrial landscape is being ripped from its foundations and a lifetime’s memories are demolished.

With the whole thing clocking in at just over twenty minutes, the record’s mix of languor, nostalgia and Proustian sense memories at times recalls the stark classicism of Harold Budd’s Children on the Hill or Virginia Astley’s evocation of an English summer on From Gardens Where We Feel Secure. The dark atmospherics of Bill Nelson’s early ambient work are there too. As Wasylyk peers forever into the distance, however, a very personal view emerges in a place where shadows appear to be the only thing that’s left.