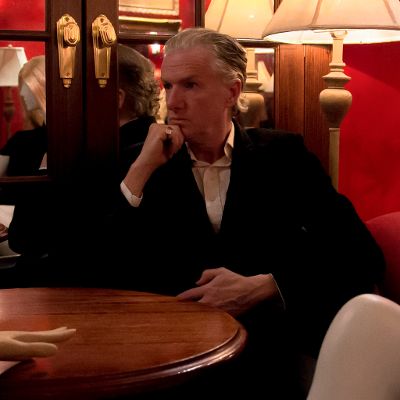 When Mick Harvey and band opt to perform a semi-instrumental version of Je T’aime…Moi Non Plus towards the end of a set of Serge Gainsbourg translations to promote Harvey’s newly released fourth volume of Gainsbourg covers, Intoxicated Women, it’s a bit different from the version played in London the night before. Then, Harvey duetted with German chanteuse Andrea Schroeder in her native language translated as Ich liebe dich…ich dich auch nicht. With Schroeder unable to make the Edinburgh visit for this show curated by Summerhall’s Nothing Ever Happens Here operation, Harvey decided not to draft in guitarist and co-vocalist Xanthe Waite as what might have seemed an obvious stand-in. “She’s my niece,” deadpans Harvey regarding her absence, “and that would’ve been wrong.” Such a trifle probably wouldn’t have stopped Gainsbourg from doubling up on one of the most erotically charged numbers ever committed to vinyl. Harvey’s actions nevertheless sum up how surprisingly well-adjusted the former long-time collaborator of Nick Cave and others from the Australian post-punk diaspora, as well as P.J. Harvey, remains after almost forty years in the saddle. As de facto musical director of the Bad Seeds, his textured arrangements didn’t always receive the credit they deserved, however key they were to that band’s inherent melodrama.

With the roots of such low-key artfulness all over Intoxicated Women and its preceding three volumes, live too, Harvey makes Gainsbourg’s canon his own. This was the case despite the band’s instruments getting left behind at Gatwick Airport along with Harvey’s lyric book.

Waite takes the lead on the gallop through Puppet of Wax, Puppet of Song and the roaring bounce of Harley Davidson, and spars with precision on Bonnie and Clyde and an exquisite Don’t Say A Thing. Elsewhere the set is peppered with Latin exotica, bump n’ grind and groovy nightclub lasciviousness aplenty among the concentrated intensity.

Hearing the songs in English gives them a vigorous immediacy lent weight and propulsion by the strings. When Je T’aime…Moi Non Plus eventually comes around, that and Initials B.B. which follows it are revealed as perverse and subversive romances from a more innocent age. As Harvey proves in this most intimate of Sunday night affairs, the poetry of the profane which Gainsbourg channelled is full of light as much as shade.