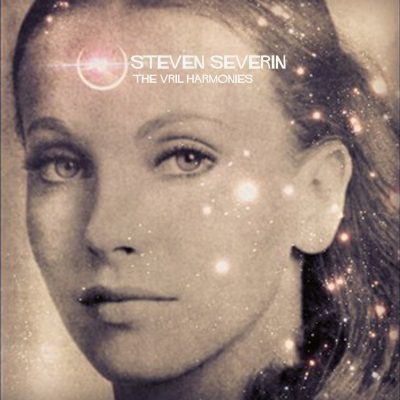 For almost two decades now, Steven Severin’s solo instrumental work has largely kept its own counsel in the shadows. The output of the former co-founder and bass player of Siouxsie and the Banshees has been prodigious, with a dozen albums of dark ambient soundscapes released thus far. This began in 1998 with Visions, an extended reworking of his soundtrack to Nigel Wingrove’s short film, Visions of Ecstasy, almost a decade before. Unreleased until 2012, Wingrove’s sensual fantasia inspired by the writings of Saint Teresa of Avila is the only film to have been refused a certificate by the British Board of Film Censors on the grounds of blasphemy. Since then, Severin has released scores for theatre and film, including the soundtrack for supernatural thriller London Voodoo and Richard Jobson’s film The Purifiers, as well as for one-time Edinburgh Festival Fringe dance performer/director, Shakti. Since Severin himself moved to Edinburgh twelve years ago, he has become even more prolific, with soundtracks to Jean Cocteau’s 1930 silent movie Blood of A Poet, and, with his actress wife Arban, collaborations with director Matthew Misory, first on Delphinium: A Childhood Portrait of Derek Jarman, then on Joshua Tree, 1951: A Portrait of James Dean.

The first of four download-only new works released over the next month, The Vril Harmonies is a spaced-out instrumental suite that appears to draw inspiration in part from The Coming Race, an 1871 novel by Edward Bulwer-Lytton which charts the discovery of a superior subterranean master race fuelled by an energy form known as Vril. The book’s life-enhancing elixir not only gifted Bovril half its name, but inspired theosophists such as Rudolf Steiner and George Bernard Shaw to buy into its philosophy. More recently, graphic novelist Grant Morrison and readers of Fortean Times have been similarly fascinated by the power of Vril.

Unsubstantiated claims led some to believe that a secret Vril Society of occultists existed in pre-Nazi Berlin. This may or may not have been governed by a network of female psychic mediums who claimed to have contact with Aryan aliens living in Alpha Cen Tauri using their pony-tailed hair. Either way, the musical result of Severin’s sonic explorations is an other-worldly exercise in synthesised hypnosis.

Split into two sections, the first, Black Sun Arcana features four pieces, and the second, Absolute Elsewhere section, two longer meditations. The eight minutes of Black Sun Arcana‘s opening track, Maria, is key to everything that follows. A sepulchral slow-motion drift around some imaginary cosmos, it references Maria Orsic, the real life Austrian psychic whose luminous visage peers from the album cover, as inscrutably beautiful as a movie starlet. Orsic was de facto leader of an organisation called the Society of Vrilerinnen Women, who were allegedly in cahoots with the aforementioned aliens.

Orsic’s partner in such adventures was another medium known only as Sigrun, who gives the album’s second track its title. Here the jittering frequencies at times resemble Bebe and Louis Barron’s ‘electronic tonalities’ for director Fred M Wilcox’s 1956 mix of sci-fi and Shakespeare, Forbidden Planet, or the end credit sequence of Gerry Anderson’s cult live action TV series, U.F.O.

The stuttering low-end transmissions of Haunebo sound like Nazi flying saucers jockeying for position before they go in for the kill, while aether sounds suitably transcendent in intent. Referencing the much-mythologised fifth element, which in Vril lore contains the life-force of the universe, it’s as if its repeated synthesised phrases were gathering strength as they go, with layer on layer of some intangible force powering them up to take on the world.

The Absolute Elsewhere section probably isn’t referencing Paul Fishman’s long lost prog rock project of the same name, although the inspiration of Chariots of the Gods author Erich von Daniken on Fishman’s synthesiser-based In Search of Ancient Gods album sounds like it could be a fellow traveller.

The first piece, (Not All Good Comes) From Above, shares pretty much the same title as a track from Swedish post-industrialist, Vagr, who has recorded an entire trilogy inspired by Maria Orsic. Here, however, Severin’s deep bass swathes scan around the ether, proceeding with forensic caution before it gives way to Phase Into Light. This swirls into view, increasing velocity as it gathers momentum over its twelve-minute duration before bursting into some twinkly-eyed idyll like a celestial merry-go-round on a trip to the warmer reaches of a hidden universe.

The Vril Harmonies is available to purchase at https://www.stevenseverin.com