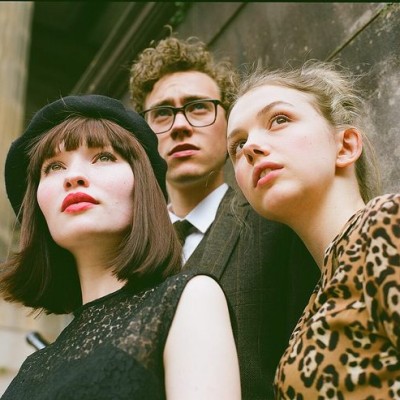 If ever a film arrived with audience preconceptions it’s ‘God Help The Girl’, the long awaited directorial debut from Stuart Murdoch. The project was first talked about publicly back in 2009 when the ‘God Help The Girl’ album came out featuring Murdoch’s all girl vocal group of the same name. It was mooted at the time that this was the beginning of an undertaking which might end up on film.

How you felt at the prospect will almost certainly be down to how you view Murdoch, Belle and Sebastian, and their music. They seem to be a love/hate band (and there’s a sartorial nod to this in the film). No one is indifferent about them, which, for me, is a sign of greatness. As Ally Sheedy’s Alison observes in John Hughes’ ‘The Breakfast Club’, there’s nothing worse than being ignored.

But the Hughes film that ‘God Help The Girl’ most resembles is ‘Pretty In Pink’, both being partly about strong but vulnerable young women who fall for the wrong men, learning harsh lessons along the way. In Murdoch’s film, Emily Browning’s ‘Eve’ falls for Pierre Boulanger’s beautiful but cocky ‘Anton’, while the entirely more suitable ‘James’, played by Olly Alexander, is there to pick up the pieces when ‘Eve’ falls. It’s a love triangle which evokes fond memories of Hughes’ ‘80s teen classic.

The leads are perfectly cast, with Browning and Boulanger joined by Hannah Murray as ‘Cass’, as she, Eve and James go on to form the band of the title. If this sounds fairly obvious stuff so far, that’s not necessarily a weakness as the film wears its influences on its sleeve, and for the most part they’re impeccable. As well as Hughes you can find echoes of Bill Forsyth’s ‘Gregory’s Girl’, The Beatles’ ‘A Hard Day’s Night’, Truffaut’s ‘Jules et Jim, and Jean-Luc Godard’s ‘Bande à part’, with one dance scene in particular stretching the definition of homage to breaking point.

There are flaws however, though not fatal ones. The use of Mark Radcliffe and Stuart Maconie as the radio DJ’s to whom Eve sends her tape, and who are regularly heard throughout the film, will only work for you depending on how you view the two men in question, but their ‘banter’ does come across as forced. More seriously, when the three musicians take a canoe trip down the canal, they are mildly abused by three track-suited boys on the bank, (credited as ‘Uncouth Youths’). It’s the only glimpse Murdoch gives of another aspect of the city, and Glasgow’s west end for that matter, where the film is set. Following this encounter James claims to understand the city, stating, “To deny the NED would be to deny the whole point of this town. This is a NED city now. It’s a Victorian theme-park, but it’s run by NEDs”. This theory is never mentioned again, and apart from the odd drug dealer such people are never seen or heard despite their supposed dominance.

The Glasgow on screen is beautiful, a depiction of a summer in the city which Murdoch himself admits is idealised, but by introducing this thread I would suggest the filmmaker has a duty to prove or disprove this theory, or at least comment on it some more. Years ago I showed a group of students from Glasgow University Lynne Ramsay’s ‘Ratcatcher’. Not long after it had started an overseas student left the room, never to return. Later, when I asked her why, she replied, “I don’t want to see this Glasgow. It’s not my Glasgow.” She only wanted to see the spires, parks and cafes of the West End, and those who frequent them. Anything else was obviously too harsh. It was short-sighted, but perhaps understandable coming from a visitor. Murdoch doesn’t have this excuse, and he would have been better off ignoring the realities of the city and staying in his idyllic ‘Glasgow’ instead of paying such lip-service.

There are also some scenes of Christian healing later in the film that I was uncomfortable with, but that probably says more about me – although it says much about Murdoch as well. As with his music, he doesn’t care what’s deemed cool and what’s not; he has always ploughed his own aesthetic furrow, and, as James says in the film, “What is wrong with that?”. How you answer that will go a long way to how you view this film.

Fans of Belle and Sebastian, of whom I am one, will have their own theories as to the extent to which it’s autobiographical. Considering how open and often painfully honest Murdoch is in interview and in his lyrics my guess is there is a lot of the story of the fledgling Belle and Sebastian here. There is also simply a lot of Belle and Sebastian here, as most of them appear in cameo roles at one point or another, as well as other well kent faces from Scotland’s indie music scene. Special mention should also be made of Cora Bissett as Eve’s councillor and comedian Josie Long in a far too brief cameo.

‘God Help The Girl’ is a charming film for those willing to be charmed. It is rough around the edges in terms of script and direction, but this is Murdoch’s debut, and that should be remembered. Because he has succeeded in other areas some may judge those understandable faults harshly, but this is his ‘Sixteen Candles’ or ‘That Sinking Feeling’, and there’s more than enough to recommend this film and to look forward to what he does next. He already has a style which those who know the band’s videos will be aware of; a dreamily realised view of a Glasgow which only really exists in the head of Stuart Murdoch, in the same way as the ‘Manhattan’ as seen in the film only really exists in Woody Allen’s head.

In 2003 Belle and Sebastian released a DVD collection of their videos called ‘Fans Only’. My worry is that ‘God Help The Girl’ also falls under that category. If that is the case I imagine Murdoch will still be content. As with his music, I suspect he has once again made something primarily for himself, and those he collaborates with – and if others like it all well and good, but he won’t be too bothered if they don’t. It’s a single mindedness which makes him one of the most interesting artists in Scotland today.