Stephanie Provan on Disney’s classy subversion of the sitcom 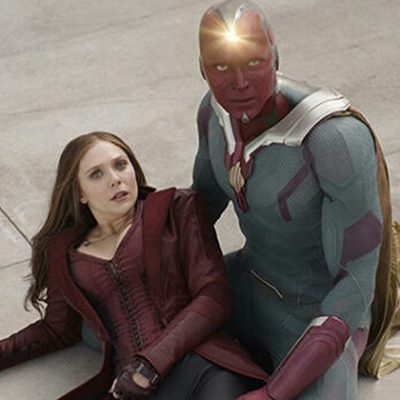 Until now, there was no canonical extension of the Marvel Cinematic Universe on the telly. Besides, how could TV match the highest grossing franchise of all time? Disney+’s WandaVision is up to the challenge by choosing not to dive into warrior action. Unique from any other Marvel adventure, WandaVision fills the 1950s superhero sitcom void that we didn’t know we had. Following the high stakes conflict of Endgame, it may seem an odd choice to rewind all the way to the ‘50s, but this is what’s most absorbing about its premise. Wanda (Elizabeth Olsen) and Vision (Paul Bettany), who were previously supporting characters in the blockbusters, are looking to distance themselves from the Avengers saga as much as possible.

Vision is/was one of the few characters that Marvel kills off and remains dead on the cinema screen. Having died in the third instalment of the Avengers series, Infinity War, at the hands of a villainous Thanos yanking an infinity stone from his head that keeps Vision alive, his departure seemed, well, final. However, in true superhero fashion, he is revived. Or at least his partner, Wanda Maximoff (aka the Scarlet Witch) strives to revive her Vision. Conveniently she possesses powers that can manipulate time and warp reality. So we can presume WandaVision is her own creation, an idealistic simulation where she can live a blissful domestic existence with Vision, minus any population-decimating finger snaps. But what can she remember? Is this a different version of Wanda? The trailer sneaks a clip of Wanda adding her own wedding ring to her apparel by magic, as soon as her marital status is questioned. Subtly weaving in the grieving process, this could be Marvel’s most experimental endeavour yet – wrapping a standard sitcom up in a twisted version of trauma and loss.

So why choose a sitcom to banish these existential crises? Disney+’s trailer drops the titular superheroes into a traditional 1950s/60s setting, mimicking comedies of the time such as Bewitched and The Dick Van Dyke Show. The trailer’s soundtrack mainly consists of a laughing live audience, who are perhaps serving more as surveillance under these circumstances. The humour is a light cover for an eerie mystery within Wanda’s sitcom world where keeping up the comic facade seems essential for survival. Wanda and Vision’s ever-changing neighbour (Kathryn Hahn) occasionally breaks character in the trailer to plead for Wanda’s superhuman help. Obvious comparisons immediately jump to The Truman Show – everyone taking part is playing along with what the camera wants, suggesting a bigger production is in control. In a decade where the small screen continues to gain momentum, WandaVision is jetting away from the Avengers movies and Hollywood blockbusters and alighting on a re-vision of America’s best television instead.

The nine episode arc will catapult viewers into different sitcom settings throughout, making its way through the decades before landing on noughties mockumentary-style humour. Perhaps Wanda will continue to dive deeper into her own simulation, to seal her delusion that her relationship with Vision is eternal. As the characters break immersion to notice ‘something’s wrong’   in this universe, it’s clear that the real, perilous world still exists somewhere and is slowly permeating their illusion.

While WandaVision is, for all intents and purposes, a comedy, don’t expect The Office-style, easy dinner-time viewing. Marvel fans will know exactly how the latest films played out, the transformation in tone. All of the superhero formula is about to change as the off-kilter pace of a sitcom in the MCU will lead audiences to really concentrate on what’s happening beneath the surface. There will be an intense focus on every possible Easter egg, analysing simple sentences for double meanings. A sitcom with the edge of a thriller is bound to be bewitching for all sorts of unexpected reasons.