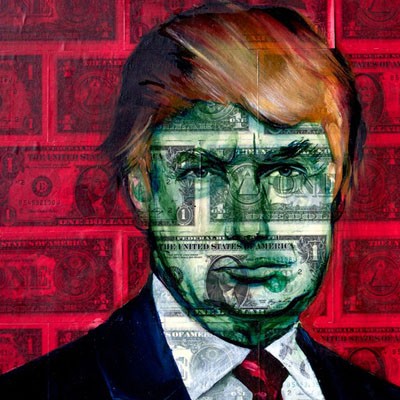 I live in Montrose, an hour’s drive from the extraordinary dunes of the Menie Estate on Aberdeenshire’s coast.  Having made a documentary for the BBC about man made erosion of the coast nearer to my home, I had become very interested in the conflict between economic development and environmental impact.

I knew the dunes on which Mr Trump was proposing to build his golf resort were extremely rare – not just in the UK – but in Europe.  They make up one of Britain’s last remaining wilderness areas – a priceless system of moving, shifting sands that humankind had not significantly interfered with. As one would expect they were protected as a Site of Special Scientific Interest – the highest accolade the United Kingdom can bestow to an environmentally sensitive site.

It was an astonishing and unprecedented moment, then, when the Scottish Government effectively overruled the local planners and decided the claimed ‘economic benefits’ of the Trump Development were in the ‘national interest’ and outweighed any ‘environmental concerns’.  Even though the resort was to be constructed in an area with one of the lowest unemployment rates in Europe.

It was then I decided to pick up my camera and begin documenting what was actually happening on the Menie Estate.

But remarkable as these events were, they would not have made a feature film were there not a compelling human story too.  You’ve Been Trumped essentially captures a year in the confrontation between an American tycoon and a salt of the earth Scottish community.  The parallels with the iconic Local Hero – set just up the coast in Pennan – became increasingly uncanny, and when I had the chance to call Donald Trump from the actual phone booth used in the 1983 film, I had to take it (fortunately, it still takes coins).

As in Local Hero, the real stars of You’ve Been Trumped are not the world’s most famous businessmen, but the dignified, funny and exquisitely perceptive residents who quite by accident have ended up spending a fairly significant chunk of their adult lives defending our shared natural heritage.

They’ve endured a lot.  Threats against their homes.  Ridicule from the local and international media.  And persistent harassment.  One of the issues the residents complained about was the security presence, and the one-sidedness of the police response.  When we asked the local force to explain its’ policing, it refused.  A short time later I was arrested along with my colleague Richard Phinney, the film’s producer.  We were both charged with a ‘breach of the peace’ – a criminal offence in Scotland.  Our camera equipment and footage was impounded in the very week Donald Trump’s workers seized land one of the residents insists belongs to him.

The parallels with Local Hero, unfortunately, only go so far. In Bill Forsyth’s film, the tycoon (played by Burt Lancaster) has a change of heart.  That doesn’t seem on the cards in this case, but perhaps more importantly, the Scottish public seem to have had second thoughts about Mr Trump, about the real cost of his development.

I knew the film’s subject was an important one for the United Kingdom. And I knew there was a universal theme that the gorgeous music of Jónsi and Sigur Rós helps to underline.  But I wasn’t prepared for how deeply You’ve Been Trumped would resonate in places seemingly far removed from the shores of the North East of Scotland.

You’ve Been Trumped was made during a time when the world was becoming more attuned to the consequences of unfettered power and money.  The painful global financial crisis, and the Occupy movement it spawned, has been the real-life backdrop for the many film festivals that asked to show You’ve Been Trumped before its theatrical release.  Whether in Alabama or Zagreb, it was obvious that the events that unfold in You’ve Been Trumped were somehow encapsulating the widespread anger about the actions of what all were now calling ‘the 1%’.

For that we can credit the residents of the Menie Estate who are not impressed or blinded by celebrity, and for whom Donald Trump is, in Susan Munro’s immortal words, just a man with “a bit of a name” and “a few pounds they reckon in his pocket.”