Powerful and uncompromising as it is, Jeremy Saulnier’s latest offering lacks some of the power of its predecessor, writes Nathanael Smith 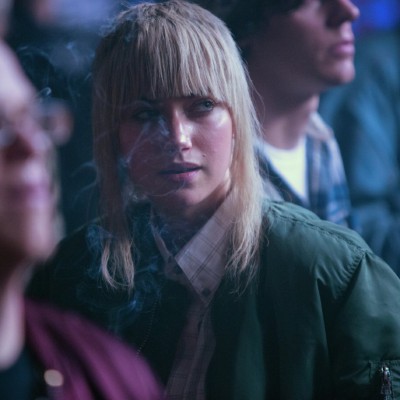 Jeremy Saulnier’s first film, Blue Ruin, was a far more harrowing, violent piece of cinema than you might expect from a man named Jeremy. More importantly, however, it was an eye-opening debut, managing to effectively comment on gun violence in America with remarkable subtlety, all through a truly gripping thriller that put the idea of a revenge film under the microscope. It was so good that his name alone is reason enough to book tickets to his follow up, Green Room. His sophomore feature is the story of a heavy metal band trapped in the green room of a neo-Nazi gig venue and it shows a similar aptitude for depicting the horrors of violence, yet perhaps without the same thematic punch as Blue Ruin. The unconventional way he structures his films ratchets up the tension in Green Room to almost unbearable levels. Not one death (and there are several) is signposted, which means that the audience quickly realises that any of the characters could die at any moment. So when things turn even more sour than you’d usually expect at a white supremacist gig, the genuine unpredictability of the outcome gives every scene an urgent sense of danger. Cementing the constant sense of unease is Saulnier’s unerring gift for establishing atmosphere. The venue, hidden deep in the woods and populated by skinheads so racist they’d make Donald Trump blush, is a remarkable piece of set design, every corner of it graffitied and decorated in a way that ramps up the tension.

Then, there’s the violence. Saulnier doesn’t shy away from blood and gore but, as with Blue Ruin, he uses it so effectively. He doesn’t linger on any of the (truly grim) bloodletting, but shows enough to induce substantial gut reactions. In Saulnier’s world, as in the real one, violence has bloody, almost unwatchable consequences. Not one fight scene or death is glorified, a far cry from the glee with which Tarantino despatches his caricatures.

Yet in Blue Ruin, the violence had a very specific purpose. The proliferation of guns everywhere and the ease of access was almost a background detail with the cumulative effect of depicting America’s obsession with violence. Here, you could spend the whole film trying to work out what Saulnier is trying to say with his powerful horror thriller and find that, ultimately, it’s quite empty. Of course, there’s a running theme that neo-Nazis and white supremacists are bad people, but we all know that… don’t we?