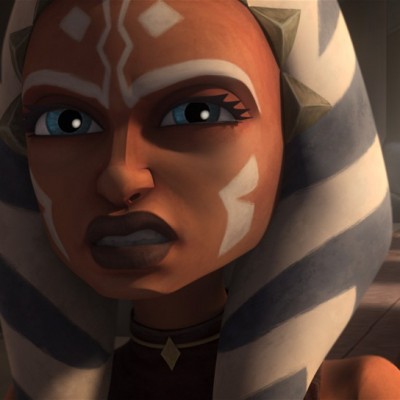 In case you hadn’t heard, there’s a new Star Wars film coming out. By now, everyone knows the standard narrative that all fans should follow. The original trilogy is beloved by all, except the ewoks, whereas the prequels should be hated by everyone. Occasionally people try and stick up for them. They’re wrong. Yet the franchise’s die-hard fans know that there are more than six films; an unlucky few have experienced the legendarily terrible Star Wars Holiday Special, while others fondly remember watching two ewok spin-offs in the cinema – again, films that have largely been forgotten. The most recent Star Wars film to hit theatres, however, is The Clone Wars, an animated film released in 2008 and directed by Dave Filoni (a veteran of the phenomenal series Avatar: The Last Airbender). A humble global box office take of under $70 million means this is the Star Wars film you probably haven’t seen.

The story is set in between Attack of the Clones and Revenge of the Sith, with Anakin and Obi-Wan still friends as they roam the far-far-away galaxy defeating robot armies with battalions of clones joining them along the way. Anakin is given a Padawan, Ahsoka Tano, as they track down Jabba the Hutt’s kidnapped son. A shady sith (breaking the only-two-at-once rule) named Asajj Ventress seems to be manipulating events from behind the scenes. The main cast have been replaced from the prequels, but Christopher Lee, Samuel L. Jackson and Anthony Daniels all reprise their roles.

Star Wars has a long affinity with animation. Not only is The Clone Wars a spin-off of a very popular TV series of the same name, but since Disney took over Lucasfilm they’ve also released the sparky Star Wars: Rebels. It all started, however, with The Star Wars Holiday Special, which featured an animated segment about Boba Fett, something that was largely derided. The franchise lends itself well to animation, as the medium can create wholly different worlds with greater ease than live action. Arguably, Revenge of the Sith was an animation anyway, just with a couple of actors integrated into it.

Filoni’s style, expanding on the aesthetic established by Genndy Tartakovsky (Hotel Transylvania) in the series, is angular and blocky, but intentionally so. It partially works, giving it a distinctive look that separates it from the more generic CG of Kung Fu Panda or Bolt, released the same year. Some of the movement is a little stilted as a result and itoccasionally has the vibe of of a videogame cutscene, but it serves the narrative well. This is energetic, action-packed film making, swooping in and out of battle scenes and merrily watching the deaths of a hundred droids. The lightsaber battles are fun, and it’s exciting to explore more of the galaxy at war.

The main issue is that this doesn’t feel like a canon entry in the Star Wars world. The Extended Universe, the realm of fiction enjoyed by the kind of people who have Plo Koon tattoos, has never held the same sway over the imagination that the original trilogy does, and this too often feels like fanfiction, not an actual Star Wars film. From the unofficial riff on the famous opening music cue to the iffy yoda imitation, this feels more like a curious addendum, not an essential part, of the Star Wars universe. Perhaps that’s why it remains largely ignored.

The main thing that struck me about The Clone Wars, however, was that it’s better than any of the prequels. Matt Lanter gives far more energy and life to the role of Anakin Skywalker than Hayden Christensen ever did, while it’s immensely enjoyable watching all-out warfare reminiscent of a game like Galactic Battlegrounds. There’s no discussion of taxation, no terribly scripted romance. The Clone Wars is no masterpiece, but as a cinematic exploration of the Star Wars universe in the 21st century, you could do a lot, lot  worse.