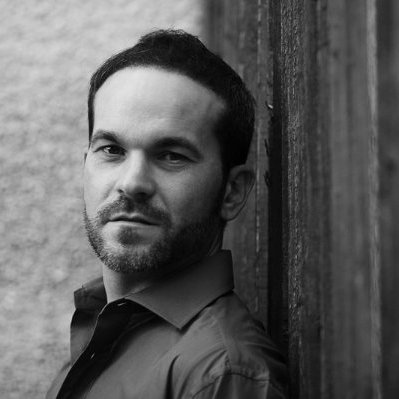 Here at Down the Rabbit Hole, I’m just as interested in the mechanics of animation as in the end product. There’s a care and attention to detail that goes into the medium that I find fascinating, so I always try to discover more. I got in touch with Phillip Vaughan (right)  to get a glimpse into the processes behind animation. Vaughan teaches animation and visual effects at Dundee’s prestigious Duncan of Jordanstone College of Art and Design; before that he was a 3D animator working in cinema, television and computer games, so he has the experience to match his academic cred.

What makes animation so special as a medium?

I think, from my point of view, it’s creating that empathy with the audience through the way the characters act. Essentially you’ve got an inanimate object that is able to engage with the audience and are able to impart emotions in ways that are quite difficult to do in traditional acting.

Would you say that there is an overriding principle of animation that all animators need to know?

It’s really to observe life as much as you can. Often when you work in animation studios you’ll see animators looking in mirrors and pulling funny faces. That’s not because they are particularly vain, it’s because they’re using reference all the time. For example, if you’ve got a complicated sequence that you’re working on, it’s commonly known that animators will film the sequences using themselves, putting themselves into the place of the characters, so they can use that as a reference point. I think life drawing as well, is vitally important, even in this digital day and ages, so you’re aware of how anatomy is put together and you know how bones and muscles work.

How much do you think that the particular medium, such as stop-motion or CGI, is important when animating?

Should the form and look of animation dictate the content, or vice versa?

I think it’s incredibly important that you have a good concept, or you work with a good concept artist to direct the look and the feel. One of my favourite examples of that is The Incredibles. The style guide for that, the colour scripting and the storyboard, the costume design… it’s all very stylised, but the 3D animators were very easily able to translate the 2D design work into a 3D world. I think that if you are designing a 3D animation you should be aware of the final outcome but you shouldn’t let it restrict you. There are plenty of examples now of 2D to 3D translations; I think one recent example that worked really well was the Peanuts movie. There, they were really moving onto a different platform with 3D animation, but it retained the essence of Charles Schultz’ original comics. When you stray too far away from the original source, that can be a danger, I think. 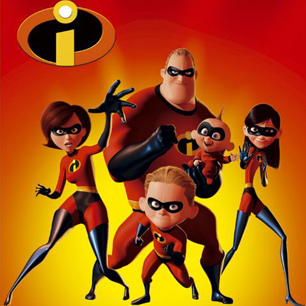 You’ve worked on video games as well as films, how are they different disciplines?

My career in video games was more narrative based because my job was principally working on the cut-scenes, between the games, which are the story parts. Essentially, you’ve got a very short section, between 30 seconds and 3 minutes, to tell the story of the game. When I started in the industry it was a separate area, it was pre-rendered and cut into the game, whereas nowadays the technology is there which means that most of the cut-scene work is done in game, so it’s much more seamless. When I started, 20 years ago, the technology couldn’t really handle the storytelling in game, so there is a little bit of a disconnect between the story and the game. I think with the technology now, which has developed over the last ten years, means its fully integrated into the game.

Storytelling has changed so that interactivity and gameplay has much more impact on the narrative. That way the player can have, or seem to have, much more control. Certainly, the actual mechanics of putting together a cut-scene work much the same way as a film, where you would storyboard it, set up the cameras, render and edit it. The principles are the same, but I think the challenge now is putting in the extra interactive elements. A good example of that is Grand Theft Auto where the player can have the illusion of being able to do absolutely anything but there’s still an underlying storyline behind all these random missions. That’s the main difference I’ve seen; there’s much more control, or at least the illusion of control, for the player. 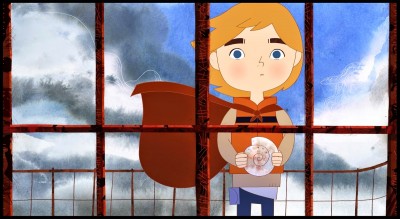 Is there a film maker or studio working at the moment that is the most technically impressive? What makes them stand out?

Studio-wise, I actually have quite a lot of connectivity to the main studios through the course because we go down to the London VFX studios. In London, for instance, the students and myself went down to ILM, to Framestore, to Double Negative. I would say that the industry has changed a little bit so that there is no one studio doing all the work; what they usually do in these scenarios is divide up the work between multiple studios.

Individually, I was quite fond of Song of the Sea. I was really impressed with the design of that film and I think that really stuck out for me. But, I mean, ILM, you can’t go far wrong with ILM. The work they’re doing for the new Star Wars film, even though they’re claiming that a lot of it is practical, there is still a hell of a lot of CGI in there. The top end people, there’s nothing they can’t do now. There are no restrictions and it’s becoming more seamless. When they made The Phantom Menace, the technology wasn’t quite there so the CGI really jumped out and it looked a bit like a video game, ironically. Now, the integration is much better and the studios share the work out.

What’s the future for animated cinema?

There’s never been a better time to be in the industry. There are a lot more opportunities. My students, for instance, when they come out into the industry they could end up working in film, TV, mobile gaming. I think that animation runs through all of these different areas and I don’t think the work is going to run out soon, the bubble hasn’t burst. There’s been an accusation that superhero films will have their day, but that’s just one aspect of a very large, worldwide industry. My students are going off around the world, a couple that have finished, one’s off to Vancouver, one to Bangalore. There’s real opportunity there and I think it’s a really positive time to be in the industry and if you’re prepared to travel as well, you could work on the best films and TV in the world. If you put the work in, I really believe that this is the time for animators to make an impact on film making.