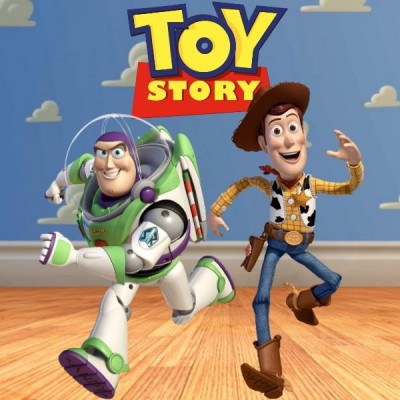 Prepare to feel extremely old. After the landmark anniversary of Fantasia it’s time to celebrate another legend of animated cinema as Toy Story turns 20 next week. That’s right – it’s been two whole decades since Pixar released their first masterpiece. Now, 2015 also saw the 20th anniversary of Pocahontas but that went by unnoticed yet 20 years of Toy Story is most definitely a cause for celebration. That’s because Disney’s historically questionable romance was par for the course, whereas Pixar’s film entirely revolutionised the world of animation and utterly changed the face of cinema. In that sense, Toy Story was the most important leap forward in the medium since Snow White, 58 years earlier. Computer-generated imagery had been a part of animation for a while. Disney began experimenting with the format in the ’80s, using it to enhance scenes in films like The Black Cauldron and Basil: The Great Mouse Detective. Meanwhile, an offshoot of ILM known as Pixar was making award-winning short features using only computers. Steve Jobs had bought Pixar from ILM in 1986 and brought in John Lasseter, a creative who had been fired from Disney, ironically for pushing CG animation too hard. In 1989 they made the short Tin Toy, where a baby’s playthings came alive, and the seeds of Toy Story were sown. After a deal was signed with Disney, a feature length film was soon underway that would become the first ever full length computer animation.

What’s immediately noticeable when watching it all these years later is that the animation still stands up. Where video games from 1995 look like a cubist’s nightmare, Toy Story could be released today and few people would blink. Undoubtedly, the movement and skin textures of the human characters is a little awkward, but part of the genius was in choosing to make it a film about toys, who don’t look out of place in an aesthetic that’s occasionally a little plastic. Yet this is a film, like Snow White, where no shortcuts are taken in spite of the monumental pressure to deliver. You notice things like the corners of the doors being scuffed and worn, the way the light bends off Buzz’s perspex dome and how each toy moves in a way that fits their design and shape. The toy soldiers hop around on their boards and Woody lopes about as you imagine one might with stuffed fabric legs. At no point in the film are you distracted from the story by a clunky bit of animation, which is a huge achievement, especially given Disney’s own disastrous attempts at it with Chicken Little, ten years later.

Toy Story is the result of a perfect collaboration between traditionally trained animators and technical geniuses who were expanding the boundaries of what computers could do. Toy Story is an artistically minded film, as evinced by just how cinematic it is. Classic sci-fi, Indiana Jones and The Exorcist are all visually referenced and the film revels in spectacle, from the hilarious opening scene where they scope out the birthday party to the triumphant, rocket-propelled finale. Animating it all using shapes and renderings from a computer, however, made it possible for it to be aesthetically rich in a way that wouldn’t be possible in hand-drawn animation. Each frame is bursting with detail, even when moving at high speed; where Buzz and Woody’s flight would usually be animated as a blur, in Toy Story you can make out individual leaves. Suddenly, the possibilities of animation expanded to new and exciting horizons in a way that would have made the innovative Uncle Walt salivate.

The unfortunate by-product of Toy Story’s remarkable success, however, is the slow death of traditional animation techniques in mainstream cinema. After over $350 million worldwide and a special achievement Oscar, CG productions began to ramp up until even the cheap European productions that occasionally get flung into cinemas are made using the ever-improving medium. Disney has gutted its hand-drawn department and Studio Ghibli is winding down, while the expense and time required for traditional techniques are increasingly unpopular in a competitive cinema market. There’s a place in film for computer animation, and without Lasseter’s pioneering we would never have had How To Train Your Dragon, The Lego Movie or Tangled. Yet the aim of Toy Story was never to replace one medium with another, but to add to it, so it’s a shame that CG has fully taken over.

Ultimately, however, computers are just a tool for telling stories and for all of Toy Story’s technical innovation, the reason it has endured is the skilful storytelling and memorable characters. The rivalry between Woody and Buzz plays out on several different levels, from the competition to be the most popular that any primary school kid will be familiar with, to the existential crisis that both of them undergo that may speak to the adults watching. They are relatable, funny and engaging characters that anchor the story. Surrounding them is an eclectic collection of toys, each with distinctive character traits that immediately win the audience’s affection. Over the course of three films this attachment only grows, which is why, fifteen years later, there were cinema screens full of adults blubbing when Andy left for college.