As Halloween looms, DTRH looks at the scariest monsters in animation. Quivering behind the sofa: Nathanael Smith 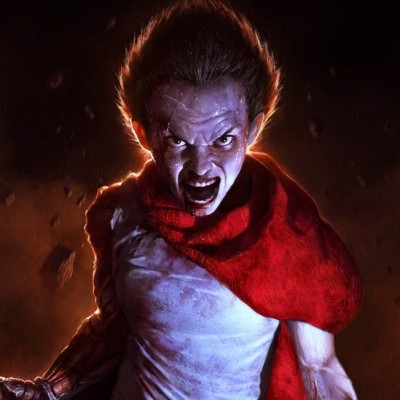 Although Akira is definitely more of a sci-fi than a horror film, the legendary cyberpunk animation – the perennial talk of a potential live action remake – has enough moments in it to emotionally scar its audience. Take, for instance, the scene where Tetsuo, trying to sleep, has a nightmare of his toys marching towards him with a psychotic, dead-eyed look. Things get weirder from there as he then sees gigantic versions of the same toys, seeping white liquid from cracks in their skin. There’s also a horrific mutation scene where someone’s body bloats to the size of a sports stadium, particularly memorable for the pulsating veins that stretch over the ever-expanding and exploding flesh.

Fear is obviously a relative experience and everyone has one film which slips past your defences and and terrifies you to the core of your very being. For me, that’s Pinocchio. Disney has a knack of animating really creepy scenes, from the leering woods of Snow White – their very first feature length animation – to the villain getting dragged to hell in The Princess and the Frog. Their little-seen ’80s film The Black Cauldron features an army of undead corpses. Yet the one Disney film that has stayed with me forever is Pinocchio, partly for the scene where they all get turned into donkeys (who’re never actually rescued and may still be toiling in the salt mines of Italy), but mostly for the satanic whale that chases them across the sea. I’m still haunted.

I’ve not actually seen Watership Down since I was a child, a film my mum thought it would be nice to watch when I was sick off school. Yet such is the power of the rabbits-on-the-run film that many of its images are forever burned into my memory: a field flooding with blood; rabbits getting chased by vicious dogs; a warren of vicious bunnies that tear our heroes apart; the badass Bigwig getting killed; a rabbit with a gammy eye and a penchant for violence. It’s a relentlessly harrowing film and I’m scared to go back to it, or to try out that studio’s other notoriously grim animation, Plague Dogs.

You might not even know what’s so unsettling about Coraline until about halfway through. The gorgeous stop-motion that makes the studio Laika so special is first put to use to create a sense of wonder. The aggrieved child of the title, feeling abandoned by her parents, discovers an ‘other’ world where everything is beautiful and seems to be designed entirely to make her happy. There are magical sequences in a garden, delightful feasts and a circus of mice. It’s an entirely lovely place to the enraptured young Coraline. At least, that is, until she’s told what it will cost her to move there. All her Other Mother wants is to take out her eyes and replace them with buttons.

Fear(s) of the Dark

As the name indicates, this film’s designed to play on our most primal fears and much of the time it works. It’s a portmanteau film where a group of graphic artists each animate different segments, which are interwoven together to create a nightmarish collection of short stories. The disadvantage of this form of storytelling is that some of the strands are far less compelling than others. However, it also means that there are a variety of fears to manipulate, from demonic Japanese ghosts to Cronenbergian body horror. It’s occasionally a little too grim but there’s no denying the gut-churning power of seeing a dog viciously attack passers-by.