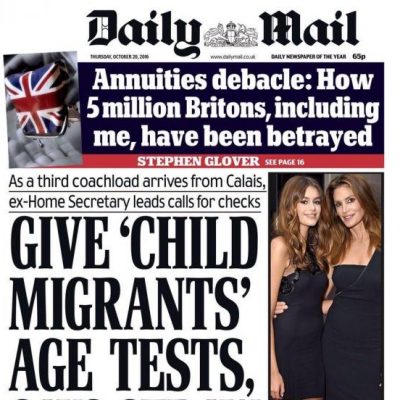 Many brands laud their ethical values, sustainability and commitment to the rights of their staff, but there are few whose name has become as synonymous with ‘warm and cuddly’ as John Lewis. The department store’s Christmas adverts have supplanted high street lights as the first sign of the impending festive season, and spawn as many spoofs as tears. Last year, however, one take on the standard weepy was a little more pointed than most. Stop Funding Hate’s mock-advert blazoned “This is Not a Christmas Ad” across its first shot of a high street, before it clipped through the John Lewis festive archive and asked, ‘What if goodwill to all wasn’t only meant for Christmas?’ The intent was to posit John Lewis’ self-proclaimed values – that of a company into snowman romances and trampolining dogs – against the fact that they send a significant portion of their fat advertising budget straight into the hands of media that, Stop Funding Hate claim, sends a very different message.

It’s not just John Lewis who’ve been called out on their commercial associations. The campaign aims to ‘change the business model of hate’ by challenging companies who place a value on their code of ethics to stop advertising in newspapers that incite hatred – namely, The Sun, The Daily Mail and The Daily Express. The three tabloids are hardly unique in Europe in expressing right-wing views, but all have been called out by the UN as “extremist media” (link below) and The Daily Mail and The Sun were found to have a hostility towards migrants that was unique. The statistics are staggering; journalist-turned-blogger Liz Gerard examined the front pages of several UK newspapers over a year and found that the Mail and the Express had over twice the number of migrant-related splashes than the third place paper (The Telegraph). Needless to say, few of them were positive.

It was, however, an article in The Sun that initially spurred Stop Funding Hate founder Richard Wilson, who has a history working with human rights organisations, to action. The article in question was a particularly nasty column courtesy of the queen of controversy, Katie Hopkins (though Wilson had the good grace not to name and shame). In it, Hopkins compared African migrants to cockroaches and described the migrant crisis as ‘a norovirus’. The language she used had disturbing echoes of that surrounding the Rwandan genocide in 1994. The increasing normalisation of hate speech and the demonisation of refugees is an issue that has been much raised, particularly in the context of the Brexit vote, and it’s this normalisation, Wilson says, that’s the particular cause for concern. “We think there’s been a problem that’s been hiding in plain sight in that everyone knows about it but it seems normal. We’re trying to have a bit of a wake-up call.”

This problem has been hiding in plain sight. Everyone knows about it but it seems normal.

It’s easy to see where Wilson is coming from, and the movement has gained a lot of traction in connecting with big brands. The mock-advert only managed to draw out a yellow-bellied statement from John Lewis that it “never make[s] an editorial judgement on a particular newspaper”, but other high-profile companies, including Lego and The Body Shop, have withdrawn advertising from The Daily Mail as a result of pressure from the group. 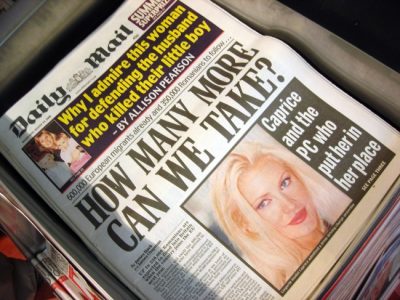 Not everyone, however, is quite so smitten. A Spectator article described it as a “nasty, elitist campaign for press censorship”, citing SFH’s intention to “starve” newspapers of “big revenue”. The article doesn’t hold water and the writer clearly has a bee in his bonnet about the left, but the suggestion that the campaign is morally complicated is valid. You can see why, with current rumblings over press liberty, The Spectator might be twisting its knickers over a campaign that directly attempts to influence what newspapers publish. Wilson is defensive over accusations of censorship, however. “It’s very important not to trivialise the issue of freedom of expression,” he argued. “Censorship is when the government locks you up or takes away your house because of what you’ve said. If an advertiser chooses not to fund your newspaper anymore because they’ve decided actually this is not what we want to be involved with, that’s their freedom of choice. You’re still able to say what you want, you’re just not being paid so much for it.’

This is a specious argument considering the ultimate aim of the campaign is quite clearly to affect the content of newspapers, however much they apparently focus on advertisers. Wilson insists that Stop Funding Hate is on the side of freedom of speech, that of consumers and “people who are often silenced in the media.” Their aim isn’t to black-block tabloid headlines, simply to prompt all of us to reconsider the financial rewards of publishing hate. “Fake news has been going on in the mainstream media for a long time, before it was even called fake news, and we don’t think it’s in anyone’s interest to have a media that misrepresents the truth for commercial gain that demonises people in an untruthful way. It’s not about trying to curtail the subjects that they’re talking about, but what we’re seeing is the phenomenon known as selection bias – the only time you see a story on the front page of The Daily Express that refers to migrants, it’s going to be negative.” 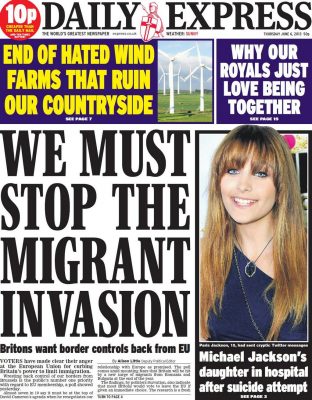 The market for hate flows both ways. The Daily Mail is the UK’s most popular UK newspaper (The Sun and The Daily Express rock in at 6th and 8th, respectively). While this may stick a hot poker up Stop Funding Hate’s supporters, it also suggests that however much the papers’ bile is made up, people are – at least literally – buying it. It’s idealistic to hope that every one of the Mail’s 23 million readers holds the paper with two fingers and under a critical gaze; therefore, it’s fair to assume that much of its readership find their own views reflected back in the pages. Whether that’s because, as the readers of any publication, they’ve been conditioned by the media they’re exposed to, or that they seek out the Mail because it corroborates views they already hold, it’s definite that feelings run higher and deeper than a headline word count. If the former is true, then it’s easy to argue that in putting pressure on newspapers, via advertisers, to re-consider the value they place on certain coverage, Stop Funding Hate are treating a cause, not just a symptom. On the other hand, we choose what to believe based on our own experience. It’s a truism that’s been much rattled around in the post-Brexit mouth of astonishment, but bears repeating; if readers want to think that migrants are ‘cockroaches’, then there are much more deep-rooted issues at stake than John Lewis’ advertising policy can alter. 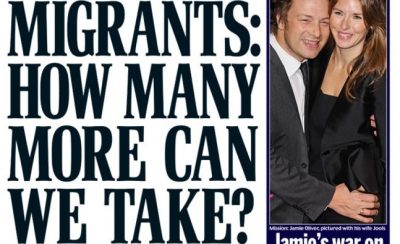 Still, the campaign’s success is laudable, and it’s raised significant questions surrounding how we value information. Words can hurt, and lead to much worse. Further, if the aim of the campaign is to encourage sympathy rather than division, then it has succeeded in unexpected ways. One man wrote to the group about how it felt to grow up gay in the context of the way LGBT issues were represented in the mainstream media. A cohort of young Muslims made a video addressed to the editors of The Sun and The Daily Mail in which they spoke frankly about what it means to be a Muslim growing up in Britain today. Stop Funding Hate shared the video on their social media, and as a result got the attention of The Sun, who agreed to meet with the group and talk over some of the issues raised in the video. Stop Funding Hate’s initial purpose seems almost secondary to progress like this; the important thing is the conversation they’ve started, one that coalesces around a widespread concern that hasn’t previously been translated into concrete action. Stand Up Stand Out, a group formed of young people from migrant backgrounds, led the campaign action – that Stop Funding Hate supported – against The Body Shop. They walked into stores and presented staff with Valentine’s Cards that read ‘Spread love, not hate’. The campaign might not have seduced everyone, but essentially its’ ethics boils down to that simple statement – one that can’t be disputed.