How would you feel on the first morning of an independent Scotland? Playwright David Greig responds. 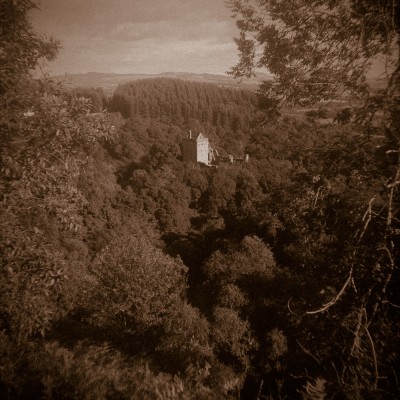 I’d like to start with what might seem to be a contradiction. I want Scotland to be independent but I don’t see myself as a nationalist. This isn’t a party political point, it’s a philosophical one. I don’t think my national identity should be a defining feature of my politics, any more than my religious identity, or my sexual identity. Politics is the pursuit of practical solutions to the problems of a group of people who happen live together. That, to me, is the normal purpose of a state. I happen to believe the institution of the United Kingdom actively mitigates against the practice of normal politics. I think the continued existence of the UK creates a weird politics in these islands, a politics founded on empire and global ambition. So I believe Scotland should revert to normality and become an independent country. I don’t think it a radical position. Being independent seems the most obvious and simple way for a country to organise its governance. When it comes to independence, I am not a Nationalist, I am a Normalist.

The United Kingdom is an institution of empire. Its founding purpose was the creation and maintenance of global power. Scotland’s elite wedded themselves to England with the aim of grabbing a slice of the imperial pie. The wealthy classes of both countries then collaborated over two centuries to shape the UK into an efficient machine of empire – Parliament, the public schools, the financial system, the monarchy, sport, the military – everything was shaped around that central founding idea.

Whatever we think of the imperial project now, and I think it’s a pretty disgusting part of our history, it’s over. There is, therefore no logical need for the continued existence of the UK. Its purpose gone, the state remains like a faded boxer desperately trying to ‘punch above it’s weight.’ In an attempt to fill the imperial void the UK has committed the people of England and Scotland to wars which have no national interest, to maintaining nuclear weapons that respond to no national threat, to managing our tax system in order to benefit giant global companies and city financiers instead of ordinary people. Because of the UK we find Scotland burdened with border policies based not on our demographics or on the principles of justice but on the massive flows of people through the old global city of London. We even find in the personalities of UK Governance an imperial echo – Cameron, Osborne and Clegg would not have felt out of place in the Cabinet of Palmerston…

Those aspects of Britain which have been of benefit to ordinary people, the health service, the welfare state, and the BBC, have all been slowly eroded by UK Governments over the last forty years to the extent that, on any reasonable forward projection, in another forty years time they won’t exist at all. The United Kingdom is not a country like any other but a very particular project who’s main job is the maintenance of its own place in the world.

Dismantling the United Kingdom would allow politics in Scotland and England to return to normality. Government ought to be for the benefit of the people, not on behalf of a grand, failed idea.

Personally, I hope an independent Scotland would pursue socialist policies. I want to see sustainable energy, imaginative welfare reforms, investment in further education, public transport and so on. Policies like that are not a product of independence but they are its possibility. A possibility that doesn’t exist at present. But, given that this country has voted for parties supporting such policies for the last forty years, wouldn’t it be nice if we finally had a chance to try some of them out? After all, that’s what normal countries do, isn’t it? They vote for policies, they enact them and they live with the consequences – good or bad. We’ve lived in a weird state for so long we’ve forgotten what normality is.

There is a girl. She’s seventeen. She and her three siblings have lived all their life inside an old castle. It’s a vast rambling pile with hundreds of rooms, once it was the fortress of a powerful landowner but it’s long ago fallen into disrepair. The kitchens have been abandoned, the rooms are riddled with damp, the floorboards rotten. The roof has mostly fallen in and the windows are shuttered. The girl and her brothers camp now in the old ballroom where they burn the furniture to keep warm. There, they are attended to by old retainers in faded liveries who serve bad food on silver plates. Every day the retainers demand the siblings enact the old rituals of chivalry that were established when the house was first built. They bow and curtsey, they swear allegiance, they practice sword fighting, call each other Lord and Baron and Knight. Meanwhile, in the attic of the west tower the old king, demented and sick, bangs on tin cans and shouts out to the empty fields about his power and his glory.

The girl has known nothing else. Doesn’t every child live like this? But deep down she has a slowly growing sense that something’s wrong. And then one day her unease becomes too much. She breaks the rules of the house and she opens the shutters of the ballroom window. Her eyes are dazzled briefly by the light but then they adjust and she sees: in the distance, in the valley below, a village. In the village people are going about their business, children go to school, people work, people play football, they garden…she sees and for the first time the girl realises. There is another way things can be.

So, when you ask me how I’ll feel on the morning of independence my answer is this. Imagine that girl walking boldly down the long rotten corridor of the castle, imagine her stopping at the great wooden door, imagine her pushing at it and finding it open, imagine her stepping out into the fresh damp air of a spring day? That. That’s how I’ll feel.