To achieve the democratic control which lies at the heart of demands for independence,  we must develop a credible currency plan – and soon,  writes Robin McAlpine 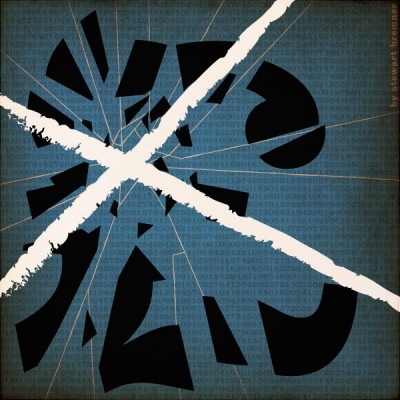 It’s amazing how different things can look when the light changes. What appeared the safe option in the half-light of the dawn of the independence campaign in 2011 looked quite different in the glow of the furnace in the summer of 2014, and looks different again in the cold light of defeat. What some believed were things-not-to-be-mentioned back in the day are now the talk of the Euro-steamie following Syriza’s victory. For a lot of people the conclusion is that a Scottish currency has to be back on the table again. And if you’ve come round to that way of thinking, the thought should be accompanied by the tick-tock of time passing. The case on currency was always tied up in a web of policy judgement and strategic calculation. Some really believed that sharing Sterling was the best policy option, causing the least disruption to cross-border trade and the operation of the UK financial service sector. Some simply thought the complexity of creating an alternative policy was just too great, requiring as it would capital controls[1], foreign currency reserves[2] and all the rest.

Strategically, the dominant view seemed to be ‘don’t spook the banks’ on the basis that a hostile reaction from the banking sector could be very damaging. But perhaps more to the point, both sides had focus group work indicating the public was nervous about currency issues. The judgement was that if people need reassurance, give them the status quo. I never doubted the scale of these issues but I always thought that as analysis they missed as much as they raised. Yes, maintaining a Sterling Union would make monetary policy ‘easy’ in Scotland (because we wouldn’t have any control). But it also tied us in to many of the policies that independence was supposed to be about leaving behind. It may be easier to say ‘but a new currency is a lot of work’ than it is to say ‘but the old currency is part of a web of British debt-financed corporate-dominated economic failure and it is harming almost every aspect of life in Scotland’. Both are true. To use the easy answer to the first question to avoid a difficult discussion about the second did not make for the best policy (to my mind at least). Equally, I never doubted the strategic pitfalls of a new currency. It’s just that, again, making the decision on the basis of the simpler half of the strategic considerations while dodging the more difficult half meant far too much was not properly considered.

So for example, keeping the banks’ preferred currency might close off one line of attack, but did people believe that meant the banks would not pursue other lines of attack? And what the focus groups said was that people were concerned about uncertainty, and putting all the eggs in the currency union basket meant that the No campaign could manufacture uncertainty at will. You reassure nervous people not with facts and figures but with confidence. The Sterling Union position just didn’t feel confident. There is much more which raises questions over whether Sterling Union was really the right policy – and I’d be the first to admit that it is not a straightforward question. But I don’t think I’ve met anyone since the referendum who does not accept in private that strategically the position was something of a disaster and possibly the single biggest factor in losing wavering voters. My overwhelming problem with it is that the pound tied us into UK macroeconomic policy which buried us deep in the UK economy which in turn set off a chain of consequences making it hard to talk about a Nordic-style economy and thus a Nordic-style social settlement.

We lost a referendum among pensioners in a country with the lowest state pension in Europe. That we couldn’t say this, make this a key part of the campaign, can be traced in a chain that leads back to the preemptive decision to keep the pound. That cannot be the only option next time. I continue to believe we’ll see another referendum in five or six years. Long before that comes we need to thrash this all out properly. Whether or not we use it as the preferred option, we need a detailed proposal for the implementation and ‘bedding-in’ of a Scottish currency (almost certainly pegged  to Sterling [3]). That will involve a lot of work.

Among the big issues to resolve will be how to build up a foreign currency reserve (or other method of being able to peg the Scottish currency to Sterling), how to manage capital controls (so there is no ‘run on the bank’ directly around implementation time), how to create a central bank [4], how to manage credit controls [5] and money-printing, how to manage the transition from Sterling, how to ensure liquidity [6] (and that doesn’t necessarily only mean borrowing on open money markets), how to deal with cross-border trade issues and so on. None of these is unsolvable – but they’re not going to solve themselves. It will take expertise and time – both of which are in shorter supply than you might think.

If I was a monetary economist asked to undertake this work I’d probably want three years at least. Yet if I was a political strategist trying to sell this new concept to the public I’d want a good couple of years to let the final proposal seep into the collective consciousness before going anywhere near a referendum. That means starting now. And of course, if I was a monetary economist I probably wouldn’t be living and working in Scotland, so we will probably have to find that expertise elsewhere. We need to go into the next referendum promising to implement a really detailed and solid plan for a new Scottish currency. I am absolutely certain that even if we did go in on a pitch of keeping Sterling we would need a proper currency plan as a credible Plan B. And I’m pretty sure that if we want to have such a thing ready for when we need it, now is the time to get cracking. As always, the outside world may change. Perhaps Greece will be forced out of the Euro in the coming months and so we’ll have a ready-made blueprint for a new currency. Perhaps the Euro will get its act together and in a couple of years’ time it will look like an attractive option. Perhaps. But this I know; from here on in independence supporters have to stop crossing their fingers and start taking control. Frankly, until we have a bullet-proof currency plan in our pockets, we won’t be in control. And being in control was the point of independence in the first place.

1. Capital controls: Many savers and investors are risk- and change-averse. If you are holding money in a banking system and there are major changes in that banking system, and if you can easily move that money into another banking system which isn’t facing major change, why not do it? If the changes work you can easily move your money back again afterwards. This causes what is known as capital flight. In fact, since this money isn’t usually invested in the real economy, a fair amount of this capital can leave with little effect. But if too much capital flies it can create a panic effect and that could leave not enough money in the economy to keep bank reserves secure and so on. Capital controls are always used in these circumstances and simply mean that a legal limit is put in place (for a fixed period) on how much cash can be taken out of the country.

2. Foreign currency reserves: Most of the flow of money in modern economies is not ‘real’ money but is more like a trade in IOUs (banks don’t hold anything like enough paper money to cover the debt on our credit cards). But they have to hold sufficient currency reserves to ensure that a reasonable amount of those IOUs can be cashed in at any given time. At a national level foreign currency reserves work in a similar way but for the whole currency. Government holds a certain amount of money in other currencies (or in gold) which can be used to ‘back up’ the domestic currency if global money markets force its value too far up or too far down.

3. Currency pegging: If a currency is available for open trade on international money markets (meaning speculators can buy or sell the currency if it thinks it will rise or fall in value), the value of that currency in comparison to other currencies can rise and fall rapidly. If you want to stop that happening and you want to keep its value constant in comparison to another currency you have to peg it to the value of that other currency. A government can do this by either buying more of its own currency by using its reserve of foreign currencies or sell its own currency and buy more foreign currencies. By doing this a currency can be held permanently at the same value as another currency – for example Sterling or the Euro.

4. Central bank: Monetary policy just means all the policies that affect the currency and the money system such as interest rates, credit controls, money printing, management of foreign reserves, acting as a lender of last resort to retail banks and so on. A central bank is really just a big institution for managing money policy. It will also hold a nation’s foreign currency reserves.

5. Credit controls: The vast majority of the ‘money’ in the economy is not created by a central bank printing notes and coins but by private banks issuing the equivalent of ‘IOUs’. Every time you buy something with a credit card the debt created increases the total amount of ‘money’ in the economy without any real money being created. Credit controls are simply limits on how much new debt a bank can issue – which by extension is a limit on how much money can be created in the economy.

6. Liquidity: Much of the above is really about managing liquidity. That just means the ability to get access to money across an economy. When banks stop lending to businesses, that reduces liquidity – there just isn’t enough available money to go round. It can also mean that there just isn’t enough money to pay the debts – which is what caused the run on Northern Rock. At a national level it just refers to the ability of government to get access to money for the things it wants to do. If for whatever reason international lenders won’t lend money to a country it will face a liquidity crisis.

Robin McAlpine is director of The Common Weal.