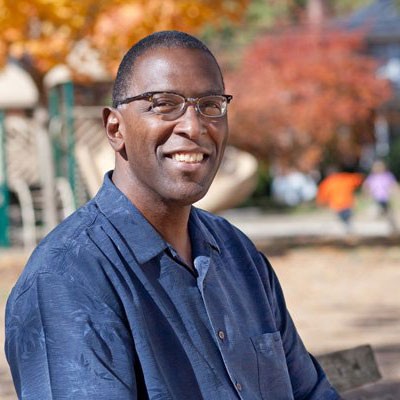 World Peace, and other 4th Grade achievements is a remarkable new documentary portraying the work of experimental teacher John Hunter. From his primary school classroom in Charlottesville, Virginia, Hunter helps his pupils negotiate a multi-dimensional board game designed to deliver world peace.

In the game, nine year-olds play the roles of government ministers of fictional countries, UN observers and arms dealers. One child has a double role as a secret saboteur. Each country must balance its budget whilst negotiating around military threats, resource-wars, economic convulsions, territorial disputes and climate change. For the game to be “won”, all countries must be economically stable and at peace.

Near the start, Hunter, who exudes laid-back gravitas throughout, reads from Sun Tsu’s ancient Chinese text “The Art of War”. Over the course of the game –experienced in eight lessons – the children navigate many of the complexities of international relations and take responsibility for their actions. Prime ministers who send troops to war must write to the parents of soldiers killed in action.

If this all sounds a little too achingly right-on, it isn’t. The children seem almost completely unaware of the cameras. They are not angelic. There are harsh words, huffs, power struggles, coup d’etats, false accusations, and simmering frustrations as they traverse a world devoid of easy answers. Hunter cajoles, explains and flags up consequences but declines to judge.

so-called mistakes and blind alleys and accidents are part of the process of becoming something better.

The trajectory of the children’s progress through the game is interspersed with Hunter’s back story; the influence of his teacher mother, his experience as one of a small group of African American students integrated with whites at high school in the 1960s, the young college drop out back-backing across Asia in search of meaning, to his eventual enrolment in a course for experimental teaching in the early ’70s. Both narratives are laid out simply and without bombast. The film is deftly paced by director Chris Farina.

“World Peace…” made its European premier at the Bergen International Festival in October. At the screening I attended, the audience erupted with applause as the credits rolled. It subsequently won the festival’s Audience Award.

Over breakfast in a Bergen hotel, Farina and Hunter say they began with modest hopes that some kind of film might be broadcast on local TV. But as the film worked its way through US festivals last year, it kept eliciting powerful audience reactions: grown men wept, student teachers wanted to know how to develop the game, educators in Washington used it as a starting point for policy debates.

“In my mind this was a very small film” says Farina. “The audiences we’ve had, the emotion – it’s palpable.”

Farina remembers going to see Hunter at work in Charlottesville five years ago. “I went into the classroom and watched for three minutes and saw the film” he says. “The students are so engaged in John. You see he has so much wisdom and how effortlessly he teaches children and how they respond. …It was also just the emotion of seeing a great teacher at work. I start a film with emotion, that’s more important to me; I’m not such a journalistic documentary filmmaker. That emotion that I felt from watching John with these kids I felt would be something worth sharing.”

Hunter was intrigued at the prospect of someone outside education being interested in his work. “For teachers, to have their work looked at is a great affirmation. We hit it off, he showed me some of his earlier films and I was really struck by what I call a quietist approach. He has a very clear style allowing the story to come through without a lot of imposition. I thought that’d be great for us to allow the World Peace Game just to be as it was. We agreed to try it to see what would happen. We had small aspirations. We’re just stunned that this is an international experience for us and for the film. ” 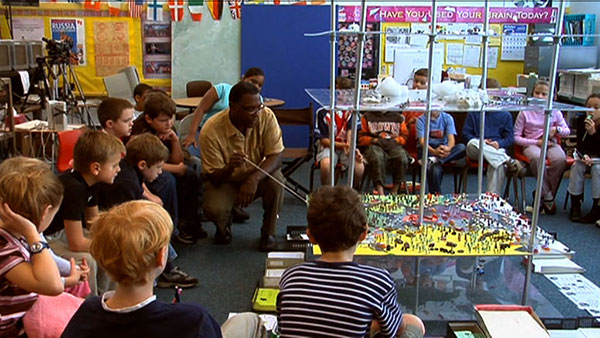 On the long road to getting the film made, Farina hit a familiar problem. “I spent a year unsuccessfully trying to raise money while I watched John work” he remembers. “ In 2006 I just decided I’m tired of waiting. So I put up some of the money to at least get the shooting started.” The remaining finance came from parents in Charlottesville whose children had been taught by Hunter and a local foundation.

Hunter has been garlanded for his outstanding work as an inspirational teacher. Yet in the film he relates how as a young man he couldn’t sustain interest in his own college education and repeatedly dropped out.

“Looking back it’s almost as if the so-called mistakes and problems were part of the process of becoming more successful” he says now. “What we try to allow to happen in the game is for students to understand that so-called mistakes and blind alleys and accidents are part of the process of becoming something better. That shouldn’t be overlooked or avoided necessarily. You don’t want to increase suffering but you need not fear difficulty in order to become better. So that dropping out of school for me – at the time it looked like the wrong choice.”

“I had an interest since I was very young in esoteric studies and Asian philosophy. I decided to go to India. I just went. I travelled around, I would get full of information and understandings and then I ‘d come back and make another attempt at school. It would be the same: I’d feel there just isn’t anything here for me, so I’d drop out again. And I’d go off to India again. This happened several times…the dynamics of dropping out was of course a product of the times. Be Here Now had just come out, the seminal book about the counter culture’s spiritual aspects, so that was an inspiration to go and see for myself.”

Hunter’s mother, also a fourth grade teacher, believed her son needed to have some sort of recognised qualification, and implored him to complete a course, whatever it was.

He finally signed up for an experimental programme for students of education. The course’s designers realised that teaching without some sort of life experience would be limited, so Hunter and his fellow students were taken to factories, clinics, supermarkets and prisons to broaden their understanding of the world outside, and then thrown into classrooms as assistant teachers. “I went to an experimental high school on one of those visits and I fell in love with it”. 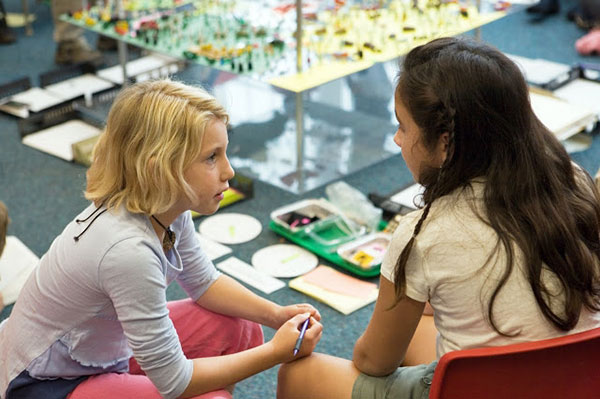 He was invited to teach if he could design a course. “I thought I knew enough about Asian philosophy to offer some discussion forum at least, so I put together a course at a school in Richmond Virginia and sixty students signed up. I was shocked. They were shocked. We had these big overstuffed chairs, these kids would come in with their sunglasses on, long hair – I had no idea what I was doing but it worked. Some of them were coming at it from the angle of drug experience, and I was bringing the idea of contemplation and natural experience, so we met in the middle. It was a fabulous experience.”

The film’s appeal lies in its skilful telling of a simple tale: an unconventional teacher and his desire to stretch his students’ capabilities with a role-play game. It also speaks to our yearning for peace in a world in which progress so obviously stalled in the recent past, where corporate and military might have advanced relentlessly at the expense of social and international solidarity.

Hunter developed the game to be an educational tool to realise children’s full potential and to help them learn communication and co-operation was still possible in a violent and unpredictable world. “My premise is to unseat them from all their conventional thinking and clichéd leanings. Everything that they think is true in the world and lean on for support and become unthinking about – I was trying to destroy” he says softly.

The game makes a number of demands of the children, and not every child can play.  “They need to have intellectual stamina to be able to stay with the problem for a long time” explains Hunter. “They have to be able to forestall closure, put off having an immediate gratification and solution – our culture’s pushing the other way. We have to have students willing to work not knowing what the right answer is. We are so often pushed to choose a black or white answer. They also have to be able to develop reliance upon themselves and not someone else’s direction, not the teacher telling them or the crowd pushing them this way or that, so the students who have the rudiments of those skills are able to stand the heat of the game. ”

In various forms, Hunter has been teaching the game for over thirty years. Given its complexity, and the number of egos involved, did it ever collapse entirely?

“No. I often think they’re doing something that I don’t think is correct or advantageous or I think is just wrong-headed. I think “why are they doing this?!” It turns out they have more collective wisdom than I do. And I am often if not always wrong. ”