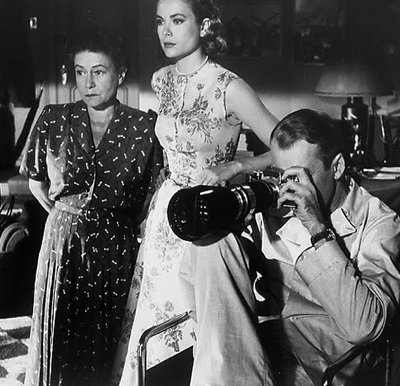 The ultimate Hitchcock film. James Stewart and Grace Kelly (pictured right) dazzle in this voyeuristic masterpiece about an injured and increasingly restless photographer who passes his time at home by observing the lives of his neighbours through his rear window. However, this innocent act of watching quickly becomes an unhealthy obsession when he believes he’s witnessed the possible murder of one of his neighbours.

Janet Leigh stars in this horror-thriller as a secretary on the run from her boss, from whom she has stolen $40,000. One night, she’s forced by heavy rain to stop at a small motel by the side of the highway. Here she encounters Norman Bates, and, more significantly, his elderly mother. Psycho has one of cinema’s most chilling and shocking endings, but the famous shower scene – with Hitchcock’s brilliant combination of music and montage – is the real highlight. 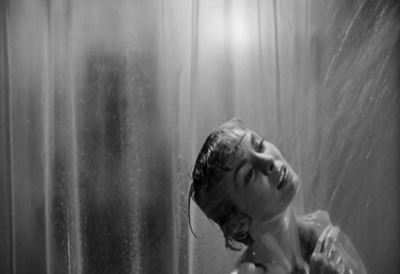 This San Francisco-based psychological thriller stars James Stewart as a private detective who becomes besotted with a woman, played by Kim Novak, whom he’s hired to follow. However, things soon take a turn for the worst when his vertigo seems to prevent him from being able to save her from falling to her death. What follows is a tale of love and obsession in which Hitchcock’s impressive camerawork and narrative pacing seems to hypnotise the viewer.

Joseph Cotton stars as a murderer on the run from the police, who seeks refuge with his family in a small idyllic American town. Suspected of being the ‘Merry Widow Murderer’, he begs his niece – played a young Teresa Wright – for help. However, her reluctance to do so soon makes her Uncle Charlie’s next target. A close family bond between the young Charlie and her elder namesake soon unravels as she battles for her life.

Cary Grant shines as Roger Thornhill, an innocent man wrongly mistaken for someone named Kaplin. After surviving an initial staged drunk-driving incident, Thornhill faces a constant battle of survival as he’s chased across the United States by an enigmatic group of men who intend to kill him. Along the way he encounters Eve Kendall, played by Eve Marie Saint, and the two engage in a brief romance. Hitchcock here delivers several highly iconic set-pieces, including the famous crop-duster sequence and the climatic chase atop Mount Rushmore. 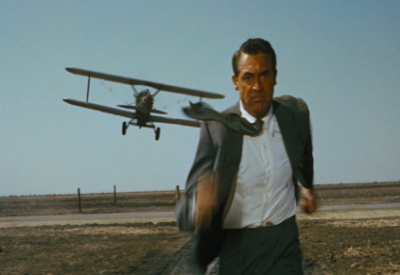 Ray Milland stars as Tony Wendice, a man who discovers his wife’s extra-marital affair and who seeks revenge by plotting to have her killed. He schemes up a plan which he believes to be the perfect murder and enlists the help of an old criminal friend to help him carry it out. However, when the attempted murder of Margot – played here by Hitchcock favourite Grace Kelly – goes wrong, Tony’s perfect plan soon begins to unravel in the police investigation that follows.

Based on the famous 1950 novel by Patricia Highsmith, this psychological thriller focuses on two strangers who befriend each other on a train and agree a deal to kill someone for the other. When one of the men – played by Robert Walker at his psychopathic best – takes this deal seriously and commits the crime, he soon begins to pressurise the other into completing the bargain. With elements of film noir, the director revels in the film’s sinister plot: the manner in which he captures the murder at the amusement park is a masterstroke of pure Hitchcockian genius.

This espionage thriller set in the sizzling heat of Rio de Janeiro sees Ingrid Bergman as Alicia Huberman, the daughter of a convicted Nazi spy, recruited by US government agent T. R. Devlin, to spy on a group of ex-Nazi officials who have fled to South America after the war. Whilst on assignment, the pair unexpectedly fall in love. Supported by the brilliant Claude Rains as a villainous Nazi ringleader whom Alicia is instructed to seduce and marry for information, Alicia’s life is soon endangered when he discovers the true reason for their marriage.

Hitchcock’s first American movie is an adaptation of the classic Daphne du Maurier novel and is the only Hitchcock film to win Best Picture at the Academy Awards. Joan Fontaine and Laurence Olivier star together as a couple who fall in love in the sunshine of Monte Carlo. Upon becoming his wife she returns with him to Mandalay, his large gothic mansion in Cornwell. At Mandalay, she discovers that the memory of his first wife, Rebecca – who, she is told, died of a tragic accident – still haunts the de Winter home. Judith Anderson delivers a stand-out supporting performance as the cold and sinister housekeeper, Mrs Danvers, who obsessively preserves the memory of Rebecca.

A psychological crime thriller focusing on two young arrogant intellectuals who believe they have committed the perfect murder, and who host a dinner party at the crime scene, with the recently deceased body hidden in a large wooden chest in the middle of the apartment. A strong ensemble cast that includes James Stewart and Farley Granger, the film is notable for its use of real time storytelling and for appearing to be filmed in one continuous long take. It’s not a complete success, but is certainly worth viewing (if only) to see Hitchcock experiment with narrative form and style.