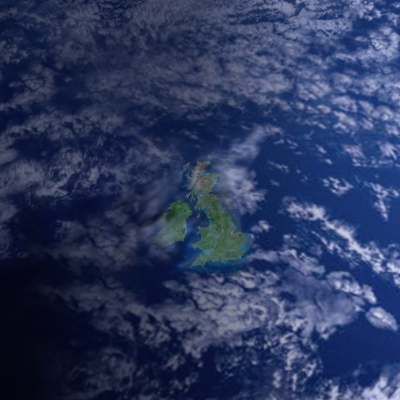 Let’s be the person who, when everyone’s having a fine time and the conversation’s flowing and no-one’s mentioned the weather yet, decides to be a wisecrack and make a joke with a punch-line that is, essentially, ‘Brexit’. The bill’s still being cat-scratched over, yet, almost eight months down the road, the UK is already suffering Brexit fatigue. The B-Word has become the T-Word and everyone’s had enough of both and stuck their heads in La-La Land. But we haven’t  heard the last on the subject. “I think there’s an over-saturated market when it comes to campaigns, marches, and that’s all very well and good, to be activistic [sic] in that way about it, but sometimes an image can be more effective than anything else. Images can change the world – I think so.” That’s Sean McInally, founder of Young Filmmakers, who’s still very much interested in what people have to say about Brexit, thank you very much. In fact, he places a value on the fact that people’s opinions will have clarified over time. “It’s always important to think and not react too impulsively to things. I think it’s probably just brought people closer to the truth and closer to what they really think about it.”

YF, an organisation entirely run by young filmmakers, which exists ‘to help other young filmmakers help each other’, is inviting filmmakers aged under 30 to send in 30-second filmed responses to Brexit. The deadline for submission is 20th February, after which the accepted short films, collated under the project title of No Frame is an Island, will be cut together into a longer piece to be screened in Glasgow on the 26th of February.

Before you reach for your camera, bear in mind that YF aren’t interested in impassioned diatribes belted down a hairbrush. “We’re looking for submissions that are quite abstract and quite credibly artistic. We’re not looking for vlogs, we’re not looking for people who are just speaking to the camera. The challenge is an artistic one. The most interesting submissions that we’ve received so far are almost like still-life paintings but as a moving image. They’re inherently well-composed, they’re quite abstract and they say something about Brexit in a different way to what we see in the news “.

One such submission pans outward from a satellite view of the UK, gradually revealing an otherwise empty globe. McInally picked this out as a striking example of the sort of thing he’s looking for. “That to me is the perfect image of what Britain is today, how isolationist we are, and that makes me question well, what if that really was to become a reality?”

‘Question’ is the operative word. McInally isn’t interested in answers, so much as a barometer to judge the current atmosphere and get a feel for how things might go from here. “There’s a quote that’s really stuck in my head and that’s that “artists are the proverbial canaries in the coalmine”. Artists tends to be the ones that know that something’s coming, they get these apocalyptic prophesies, and I think we’re all about just giving people the chance to do that, to predict – but also just to reflect, at the same time. It’s as much about the referendum itself as about the future”. The main thing, in the impermeable babble of often self- contradictory statements, is that a sort of honesty is achieved; hence the 30 second limit. “I feel that when you have to refine it down to such a short space of time you can’t really say anything but the truth. The only option you have is your opinion in its purest form.”

Perhaps it’s just too soon, but the art world hasn’t exactly given forth an outpouring of intelligent responses to one of the major socio-political upheavals of recent years. The visual punch-lines proffered by maps and flags have allowed the cartoon to come into its own in depicting snappy emotional responses to the break-up, but otherwise, the arts seem to have been numbed into silence. One of the few significant gestures was a project launched by the National Theatre in September last year to record interviews with people across the UK. Funnily enough, this project had at its root the same impulse as No Frame is an Island, presenting an interest in the bringing together of disparate voices. McInally sees this as key. He’s also earnest on the particular quality film can lend to this project. “I believe that what film presents that no other art form presents is the ability to edit, to cut and what happens in your mind when you’re presented with two different images side by side. That’s why film has survived, because of the juxtaposition and the contrast that it can offer.’

Even once the shots have been assembled into the final film, the conversation it has initiated won’t be over. “It’s a totally different experience when a group of people are in a room watching a film as opposed to you just watching it yourself, so I’m really looking forward to the night of the screening, and seeing how people react, and how I react in that environment.” After a referendum that was all about division, there’s something poetically redemptive in YF’s insistence on bringing voices – and viewers – together.