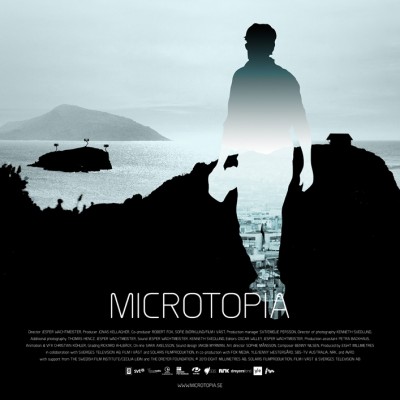 Our era is increasingly defined by mobility. It’s not just information and ideas that are transmittable to an unprecedented degree in the global world, but more and more people experience life itself in transit today. In such a context, do traditional homes make sense? “How would you feel about carrying your home in your pocket or having clothes to live in?” This is one of the issues at the heart of Jasper Wachtmeister’s beautiful Microtopia, a documentary that shows that smaller is not only smarter, but can also be a lot of fun!

The search for a better, sustainable future is concentrated here on one field: fashion. Wearable technology, bio-couture, and recycled clothing are all explored in this documentary through interviews with designers and innovators from around the world, such as Patagonia, Adidas, and Studio XO. “This is a film about the people behind the scenes who are working to shape the next big step in clothing history,” claims the narrator of The Next Black. With a chapter on how to care for your things and a beautiful soundtrack, this AEG film deserves your attention.

Created by filmmakers David Dworsky and Victor Köhler, this documentary shares its aesthetic quality with The Next Black. Its scope, however, is somewhat wider, with the film revolving around the future of the arts and creativity, more generally, in the context of the digital revolution. At its core is the question: “Does democratised culture mean better art or is true talent instead drowned out?” Joining the debate are a number of prominent artists including Moby, Robyn, and Lena Durham, as well as cultural critics such as “the Christopher Hitchens of the Internet,” Andrew Keen.

The possibilities created by the digital revolution are, in a way, also the topic of this documentary. The third instalment of Laura Poitras’s acclaimed 9/11 trilogy, however, this film does not celebrate technological innovation the way PressPausePlay essentially does. Following whistleblower Edward Snowden as he brings hundreds of thousands of classified NSA documents home to the public, Citizenfour warns us, instead, of the traps set for civil liberties by the digital world, linking its rise to that of mass surveillance and societies of control.

This Exposure Labs production chronicles the effort of photographer James Balog and his team to document the rapid erosion of ancient glaciers in the Northern Hemisphere – a project known as the ‘Extreme Ice Survey’ (EIS). The result is a film which offers not only a plethora of captivating images of the landscape in question, but also visual proof that climate change is a reality we can no longer ignore. “This air we breathe is precious,” says Balog, “and the glaciers helped me understand and stay focused on that.” 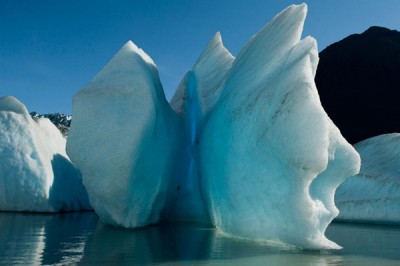 Does a free market mean economic democracy? What would an economic model that places emphasis on the rights and reality of workers look like? Can We Do It Ourselves examines these questions through existing worker-based cooperatives and interviews with academics and representatives from business and economics to make a case for an alternative market. “We have a galloping development in the rate of exclusions from work due to burnout, exhaustion depression, and so on … The main reason for this,” observes Bo Rothstein, “appears to be connected to the fact that people don’t feel that they’re respected or have any influence in their workplace.”

Directed by Joshua Oppenheimer with Werner Herzog as executive producer, this documentary sees the brutal mass murders committed during the Indonesian genocide of 1965-66 re-enacted in theatrical fashion by their perpetrators. A harrowing, unblinking unravelling of guilt, corruption and complicity; Oppenheimer encourages Anwar Congo and Adi Zulkadry to revisit and act out past crimes in the style of their favourite film genres. Memories of ethnic murder are reimagined by the duo in the style of western, gangster and musical fashion. Anwar’s guilt and the gravity of his unthinkable crimes only hit home when he is forced to make an attempt at empathy – the magnitude and barbarity of the acts he committed in the past visibly crush the man’s spirit in the final scenes, as he starts to wretch in horror at himself. The Act of Killing is a relevant, deeply political film. 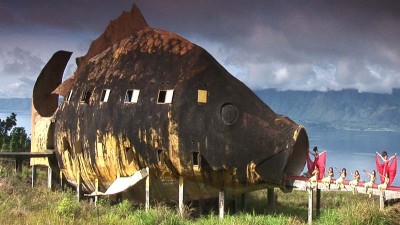 Jennie Livingston’s award-winning film documents the glamour, spectacle and tragedy of the 1980s New York Ballroom scene. We meet groups of gay black men self-organised into family units, see them dress up and competitively perform as the various tropes of ‘White America’. Livingston’s lens captures the redemptive magic of the ballroom; a space of solidarity where explicitly marginalised young people could metamorphasise and claim ownership of everything denied to them by society. Given the popularisation of vogueing by Madonna just prior to the film’s initial release, and the recent renaissance of the movement’s aesthetic into contemporary popular culture, Paris is Burning is an important document capturing the power of this countercultural movement in its most authentic form – existing both in opposition to, and propelled by dominant norms.

Noam Chomsky is one of the most distinguished, yet profoundly controversial, minds in political discourse. His thought has been the subject of a number of films, including Manufacturing Consent (1992) and the recent Requiem for the American Dream. Yet, nowhere is the depth and scope of his intellect better introduced than in the charming, playful Is the Man Who is Tall Happy? Brought to us by Michel Gondry, director of the extraordinary Eternal Sunshine of the Spotless Mind, this animated film will get you thinking about fundamental issues pertaining to the human mind in no time! 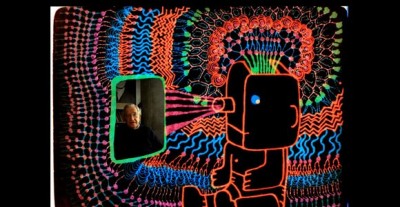 Set in Goptapa, a village of just seven hundred inhabitants in Iraqi Kurdistan, The First Movie provides a record of what happens when the youngsters of the local community are introduced to film and the movies for the first time. While it might appear as an odd choice at first, this subtle ‘check-your-privilege’ film by Mark Cousins is chosen here for the force with which it demonstrates the uplifting character of documentary cinema, and for inviting us to re-imagine the world through the eyes of child.