Werner Herzog’s latest documentary is a fascinating but flawed investigation into our obsession with technology, writes Robert Gallacher 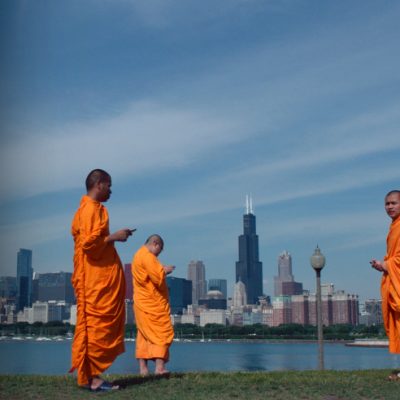 “Today, if you would burn CDs of the worldwide data flow for one single day and stack them up to a pile, this pile would reach up to Mars and back.”

This is but one of many fascinating informational titbits presented via voice-over by legendary cinematic auteur Werner Herzog, whose previous films include the New German Cinema classics Aguirre, the Wrath of God (1972) and Fitzcarraldo (1982), as well as more recently acclaimed documentaries such as Grizzly Man (2005) and Cave of Forgotten Dreams (2010). Lo and Behold, Reveries of the Connected World is the filmmaker’s first non-fiction film since 2011’s Into the Abyss. Taking the internet as its subject matter, it offers both a historical assessment of the internet’s rapid development over the past few decades alongside an existential examination of its current form and future capabilities in relation to different fields including medicine, artificial intelligence and space exploration. As such, the film is divided up into ten separate yet connecting chapters featuring a plethora of interviews with a range of experts and leading figures in the field, including Sebastian Thrun, Bob Kahn, Elon Musk and Lawrence Krauss. Moreover, as with other Herzog documentaries, the man himself acts as a constant off-camera presence, at times heard interrupting or engaging in conversation with his interviewees, in addition to his role as voice-over narrator which he delivers with trademark dryness.

The documentary begins at the University of California, which (as Herzog explains) is considered by many to be the birthplace of the internet: for it was at this location, in 1969, where the first message was sent electronically from one computer to another located nearby at Stanford University. The message was to read “log in” (a phrase familiar to every computer user since) but the computer crashed after sending only the first two letters, “lo” – hence the title of Herzog’s documentary, Lo and Behold. What follows is an exploration of how the internet has developed since that initial late sixties experiment to what it is today and how it has come to play such a defining role in modern everyday life. What Herzog discovers is how dependent on the internet the human race has quickly become – for better or worse – and examines the future relationship we could have with this ever-developing interconnected world. The film thus juxtaposes both the optimistic with the pessimistic in its predictions for the future; contrastingly evident in Thrun’s abundant enthusiasm for our technological potential set against Krauss’ more alarming view that “if the internet shuts down, people will not remember how to live before that.”

Lo and Behold offers a fascinating insight into the technologically-reliant world that we currently inhabit, and is once again delivered in true Herzogian fashion. However, whilst raising a number of intriguing philosophical questions – including whether in the future the internet will have the ability to dream for itself, or whether it is morally-correct for humans to start planning for the colonisation of Mars when collectively we treat our own planet with such contempt – the film invites more questions than it ever dares to answer. Although brimming with intellectual and philosophical ramblings about the technology’s future potential, Lo and Behold feels a little shallow, as if Herzog has only recently stumbled across the existence of the internet. For he seems a little unfamiliar with his subject matter and, as such, makes a rather ineffective guide through the film’s individual segments, which range from the underdeveloped to the incongruous. Alas, the film becomes somewhat dull despite making several important points and offering up vital (albeit currently unanswerable) questions. Certainly not this filmmaker’s finest achievement, Lo and Behold is still worth viewing for either Herzog or documentary enthusiasts willing to overlook its obvious shortcomings.