Live action updates of Disney classics are a pale imitation of the originals, and only one shall go the ball, writes Nathanael Smith 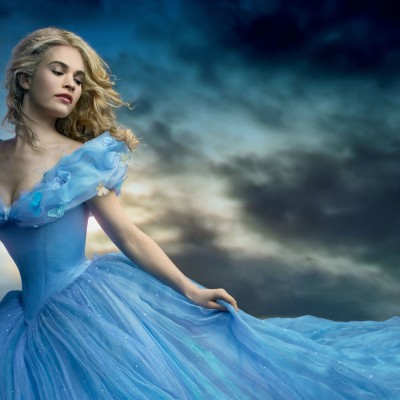 Disney’s live action update of Cinderella has recently been released on home entertainment, the latest film in a long line from the House of Mouse where they update their animated classics to live action versions. A lot of people forget that this trend started with 101 Dalmatians, but really it took Tim Burton’s Alice in Wonderland to launch the latest craze. That film broke the hallowed billion-dollar mark, and since then Disney have been digging into their vaults to find other properties they can adapt. Snow White and the Huntsman was followed by Maleficent which led to this year’s Cinderella. Fans can look forward to future releases of Beauty and the Beast, Mulan, Dumbo and the Jungle Book, with presumably more to be announced. We are surely days away from a live action Lion King.

The best of the lot is Cinderella, Kenneth Branagh’s uncomplicated retelling that reinvents nothing and embraces the sincerity and magic of traditional fairy tales. Lush production design, single-minded storytelling and a real, wide-eyed sense of magic give it a whole load of charm. The big strength of updating Disney’s old canon is that it allows for characters to be a little more fleshed out. Cinderella’s passivity is reimagined as her best interpretation of a commission to ‘have courage and be kind,’ and she falls for the Prince before she even realises he is royal. The cruelty of Sleeping Beauty’s villain is given more a little more credibility in Maleficent, although it is simultaneously undermined. Cinderella, however, gives a few shades more depth to the character within the familiar framework of a shamelessly naive rags to riches story.

What really grates about these updates is that they are so desperate to tell a modernised version that they lose the appeal of the originals. There are weird decisions in many of them: Huntsman, Wonderland and Maleficent are all too dark for the younger demographics; both Maleficent and Huntsman have some of the worst examples of Scottish accents in recent memory. Snow White and the Huntsman actually has a village of people who have cut their faces to make them less beautiful, thus, less appealing to the Queen. The original animations undoubtedly had dark moments, but they all served as a contrast to the light.

The enduring appeal of the original films lies in their simplicity, and their pure, fairy-tale storytelling is only muddied by the flabby structures and baffling violence of the modern re-tellings.

In their determination to reinvent old stories, Disney have tried to make them gritty, relevant and edgy – implying that the originals were somehow incomplete. Yet the enduring appeal of the original films lies in their simplicity, and their pure, fairy-tale storytelling is only muddied by the flabby structures and baffling violence of the modern re-tellings. There’s perhaps scope for telling these stories closer to the dark visions of Grimm and Andersen, but don’t do that under the banner of Disney, remaking their children’s classics. Sometimes, people just want the story in its simplest form.

The biggest problem, however, is that there hasn’t been a single one of these films that has been as visually impressive as their animated counterparts. Think of the lush, widescreen animation for Sleeping Beauty, then think of the murky CG mess that is Maleficent, or the bright colours and surreal imagery of the original Alice then contrast it with the murky CG mess that is… hold on, I sense a pattern. These modern updates will date quickly, but the originals are timeless, as proven by massive home entertainment re-releases on a fairly regular basis from the Disney vault. I can hardly imagine people flocking to a 50th anniversary special edition of Snow White and the Huntsman.

None of this means that it is impossible to retell stories that were first animated and make something better. The track record so far isn’t great, but Cinderella at least showed the capacity to create something as enchanting as the original. The issue is that it slowly devalues the traditional animated films in the eyes of studios, making it even less likely that hand drawn animation will continue to get wide cinema releases. Disney have already gutted their hand drawn department; this continual string of live action adaptations, where they trawl through every classic they have, suggests that they don’t care much about their legacy – which is a crying shame given how good the originals are.