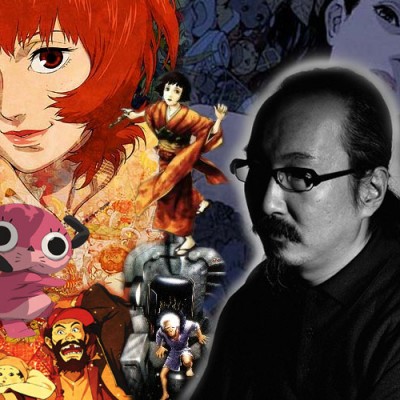 Five years ago this month, the Japanese animator and director Satoshi Kon died at the age of 46. It was a tragic loss to see such a promising and brilliant talent die so young, after only directing four feature films and a television series, Paranoia Agent. I’ve only encountered the genius of the director recently, and so far I’ve only seen two of his films. As such, this tribute is an incomplete one, and merely a collection of thoughts based on Paprika and Tokyo Godfathers. It’s the journey of someone discovering a great for the first time as opposed to the praise of a lifelong fan.

The first thing I noticed when I stepped into the world of Satoshi Kon was that Christopher Nolan’s Inception owes Paprika such a massive debt that it dangerously blurs the line between homage and theft. It’s easy to see why someone like Nolan would be drawn to Paprika. It’s an insane, multi-layered film about a dream-detective. It’s the kind of dizzying sci-fi that absolutely demands you engage your brain as you follow the several interlocking dream narratives. Kon conjures up some striking images throughout, arguably making far more of the cerebral setting than Nolan manages by embracing the surrealism of the dream world. By many accounts, Perfect Blue and Millennium Actress, the two Kon films I’m yet to see, share this invention and intelligence.

Tokyo Godfathers is about three homeless people – a teenage girl, an ageing man with regrets and a transgender woman – who discover an abandoned baby on Christmas Eve. It’s a very human film, warm towards the three protagonists yet unafraid to show them as flawed and broken. There’s very little in the way of fantasy here, but it highlights one of Kon’s huge strengths in just how expressive the faces of his characters are. By contrast, Studio Ghibli’s animation often has lushly-detailed landscapes but character animation that often has blank faces with a limited number of expressions (except, curiously, the old people in those films). Kon’s characters have a totally different look, with faces that squash and stretch and convey a wealth of emotions. The framing, which is occasionally reminiscent of Ozu’s wide, static shots, creates a space for these vividly detailed people to work out their problems, often melodramatically but always expressively and in a way that only animation can achieve.

Video essayist Tony Zhou picked up on Kon’s ability to show things that only animation can through the way he edits his films. His analysis of Kon’s canon is well worth a watch – see https://www.youtube.com/watch?v=oz49vQwSoTE as is his celebration of Mamoru Hosoda’s wonderful Wolf Children. Zhou points out the way that Kon uses match cuts to blur reality and fantasy and to keep the pace breathless. I think that’s why people who don’t normally give much attention to animation champion the work of Kon: his films are inherently cinematic. Whether it’s in his plots that juggle a varied cast of colourful characters, in the ingenuity of his storytelling or in the craftsmanship behind each of his films, Kon made his work look and feel like proper cinema.

If, like me, Satoshi Kon is still fairly new to you, seek out Paprika. It’s a dazzlingly inventive and emotionally rich film, and shows exactly why Kon is lauded as one of animation’s greats. It’s tragic that he died so young, but the work he left behind will leave a long-lasting legacy. I’m glad that I still have some of it to discover.