Cloth guitarist Paul Swinton on the songs that influenced him 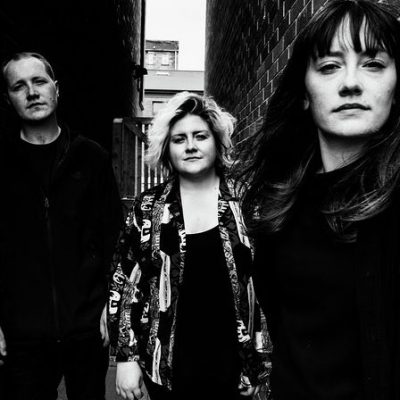 Formed in 2016, Cloth comprise Rachael Swinton (vocals, guitar), her twin brother Paul Swinton (guitar) and Clare Gallacher (drums), who the Swintons met at Glasgow’s legendary Stow College some years before. Signed to not-for-profit label Last Night from Glasgow, the trio released their first single Demo Love in June 2018. Three subsequent singles showcased their knack for conjuring sparse, elegant compositions shot through with beguiling melodies. The records received rapt reviews and extended airplay. After seeing them live, Aidan Moffat asked them to support him and RM Hubbert on their farewell tour. Cloth’s eponymous debut album was launched at the CCA last November. The band recently recorded a cover version of Annie Booth’s Magic 8  for The Isolation Sessions, a Last Night From Glasgow compilation LP featuring the label’s artists covering each other’s songs. Proceeds from the album will go to venues who lost out when LNFG events had to be cancelled due to the lockdown.

1. My Bloody Valentine, To Here Knows When

Around about the time we were recording the first material for the album I remember putting on this song. It instantly grabbed hold in a way that I hadn’t really experienced before because there were these great swathes of distortion and really obscure vocals. I’d never heard vocals that low in the mix. In a pretty seismic way it affected the way we approached recording vocals. When we sent our song Demo Love over to Ian Smith who runs Last Night From Glasgow he really liked it, but thought the vocals were far too low. They didn’t sound that way to me after listening to My Bloody Valentine, where you can barely hear the words. I love the idea of snatching glimpses of a lyric here and there, building your own picture of what someone’s singing about because the brain does that automatically, it looks to make sense of something even if it can’t really hear all the words. It’s just a song I go back to because it sounds like half radio static and half the most beautiful melodies, and being able to achieve that is something special. Most people have heard the legendary stories of how Loveless was a really tortured album to come about. It almost destroyed Creation Records with just how much time Kevin Shields was spending in the studio, because he had this perfect sonic vision that nobody could satisfy. The kind of diligence that he used to approach finding sounds no-one had heard before was something that I felt was influential. We weren’t trying to reinvent the wheel but we were looking at examples of sonic innovation and asking what we could do with our own music production-wise, that might echo some of that.

2. Blue Nile, Headlights on The Parade

I feel a real affinity with the Blue Nile, and there’s such adulation for them amongst most Scottish music fans and further afield. They’re always cited as an example of why Scotland’s always punching above its weight musically. Hats is a record that I keep going back to. It always throws up something new when I listen to it, or produces a new emotional response in me. Headlights on the Parade is so good because it has so much space on it. Its instrumentation is so careful. It’s one of those records like Loveless – it took years and years to make and ripped the band apart – so I have a tendency to choose records with tragic back stories due to perfectionist tendencies.

A big part of Cloth’s music and something Rachel’s really responsible for, is the rhythms and beats we have in our music. We’re always looking to convey intricate rhythms. Groove is so important in music. If you think of stuff like Daft Punk, all the ones that make you want to move have got these really like intricate but not-too-mental rhythms going on, just really well thought out. Kind of when people talk about the three chord pop song – the simpler the better, it’s like a hook. The thing that makes it successful is its simplicity. That’s a really good way of trying come up with drum beats and rhythms. A lot of music you listen to has got a kind of backbeat which suits a lot of stuff well, but even subtle tweaks can set your music apart. If you listen to some of the synth bass and drums on Headlights on the Parade, particularly towards the end of the song there’s these beautiful rhythms that you just want to tap your foot to. It’s so easy to get lost in them.

Paul Buchanan’s lyrics are beautiful, yearning. He always seems to be talking about love’s transience, trying to hold onto feelings. People talk about how the Blue Nile’s music is like a sonic picture of Glasgow, sunshine on the sandstone of the tenement buildings, and things like that. I love that imagery, it’s perfect. And the music is a great marriage with the city.

3. Sleater-Kinney, Ballad of a Lady Man

When we started out we realised we didn’t want to have a bass player because we had a really good chemistry between the three of us. We get on really well, we play together as a band and we didn’t want to add to that formula. We set out to look for ways to fill out the low end a bassist would normally occupy. We were looking at groups who didn’t adhere to that standard format and Sleater-Kinnney  were a band me and Rachel completely fell in love with. A lot of that was to do with Carrie Brownstein and Corin Tucker’s dual guitar approach where there’s a lot of interplay between their parts, many of the riffs they play are really spiky and dissonant. It really influenced our approach to writings riffs, kinda like what I was saying about the rhythms. If you listen to our album a lot of the stuff me and Rachel were doing is weaving in and out of each other. When we’re live we’ve both got these octave pedals which allow our guitars to go a pitch down and turn into a bass essentially. Watching Sleater-Kinney play live and hearing their records really opened us to the fact that it’s possible to exist without a bassist. Sleater-Kinney were real trailblazers when it came to not having a normal set up. This was the first song of theirs I heard. Just when it goes into the chorus there’s this really thick distorted guitar that comes in and Janet Weiss’ drumming underpinning it – that’s the moment I fell in love with the band and one of the songs that really influenced the way me and Rachel approached composition.

4. Cocteau Twins, Wolf in the Breast

This was the first Cocteaus’ record I listened to. I’d never really heard anybody sing like Elizabeth Fraser before. I’ve seen quotes saying she sounds like the voice of God, or the voice of an angel. It’s not even hyperbole – nobody sings quite like her! It’s a powerful powerful thing listening to her sing and Rachel and I love the way she’ll take a melody and go all over the place with it. She’ll go up into a high register super quickly and then come back down, all these vocal flourishes, the way that her vocal melodies can change the chords underneath her and the clashes and the harmonies are my absolute favourite thing about the Cocteaus’ music. It was difficult trying to whittle down which song of theirs does that the best but Wolf in The Breast my favourite. They’re really unexpected chord choices and when you hear the chorus kick off it just makes a really engaging listen for me. I love the crisp production on that record. It’s fascinating charting the production history of the band because the earlier stuff is quite raw and like Treasure especially is a very different sounding record to Heaven or Las Vegas – they’re just as good as each other – but Heaven or Las Vegas has that poppy sheen to it that makes it super-accessible. Wolf in the Breast is this lovely, slower tune that I’ve listened to a hundred times at least.

Bright Size Life was released in the ’70s. The first time I heard it was on an album that my Mum picked up in Greenwich Market in London. The ECM label did a Pat Metheny compilation and it featured a legendary jazz bassist called Jaco Pastorius. It fills me with joy every time I hear it because it transports me back to family holidays when we were kids and it was one of the albums we always had on in the car. We’d just listen from start to finish over and over because Mum loved it. It’s a very joyful tune and it’s quite a stripped back arrangement – only Metheny on guitar, Pastorius on bass and a drummer. It’s quite reduced which feeds into the stuff I love, the ‘less is more’ thing we do a lot with Cloth. I love Pastorius’ bass playing. He uses a lot of this technique called natural harmonics – a note you get from any string instrument by just hovering your finger over the string, not pressing your finger down. It gives out this lovely chiming sound. I don’t think there’s a single song of ours that doesn’t have natural harmonics on it. Pastorius  is the absolute master of that, and it’s all over Bright Size Life. I’m sure everybody has these records which were played all the time when they were young. This just takes me back to sunny summers in Cornwall when we were kids, driving around in the car.