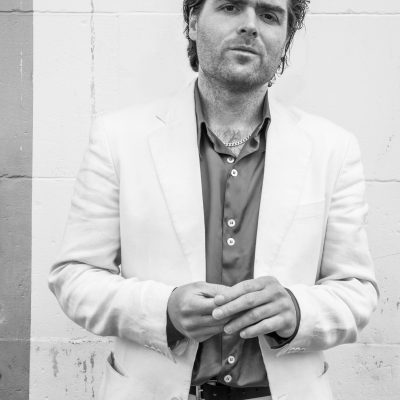 Callum Easter’s new single What You Think finds him dispassionately considering the world today over a fuzzed-out, post-glam guitar grind. The 2020 Scottish Album of the Year-shortlisted artist begs the question on many lips: we may be teetering on the brink of some kind of historical event horizon but hey, bad news never sounded so good. The single is the first to be taken from his forthcoming second album System and is an exhilarating sonic calling card for the full set due this September. Indeed, Easter’s brooding charisma and jarringly original one-man arrangements are fast building a mystique suited to the closest thing Scotland has had to a rock star since the computer games. Despite the otherworldly strangeness of his creations, Easter didn’t just touch down fully formed from Mars or wherever. Since his beginnings in the musically fertile town of Dunbar, he’s graduated from early bands such as defunct indie close things The Stagger Rats, various solo iterations and continuing collaboration with Soul Punk maestro Tim London, to his current Alex Harvey-meets-Nick Cave-at-the end of time-status. Second albums are notorious make-or-break statements – with a lifetime’s inspiration condensed on a debut record some artists struggle to maintain a similar intensity for the follow-up. This isn’t one of those.

I only heard of Jessie Mae Hemphill this summer when I caught a video online of her doing a song ‘get right church’ on Dust to Digital. I’m sure she was playing tambourine and wearing a feather boa. Anyway, I started checking out her stuff after that and this is my favourite tune. It’s just simple and straight to it and it always makes me feel better. Definitely my most played track this year. I was reading that she started out playing in a pipe and drum band with her grandad and I reckon you can hear that in her live recordings which are great.

My mum had a Trojan Records compilation CD and I’m pretty sure this tune was on it. I borrowed it from her when I got my first motor and she never got it back. I used to just have it on repeat. Introduced me to Prince Buster, Jimmy Cliff, the Upsetters, Harry J. Allstars, Desmond Dekker, Max Romeo. I’d drive around wondering how they made the bass sound like that. Anyway this one hasn’t got much bass as it turns out. It’s all claps and a drum up front. I love the sound of a piano in a room too. Feels like you’re in there with them if you play it loud enough. That’s my favourite stuff. When you capture a moment in time like that.

This tune featured on a Mojo magazine compilation called Africa Rising, issued in 2009. I lost the CD and I had to buy it again mainly for this tune. Reminds me of summer driving round Dunbar in my old van. I always thought it was someone playing the best guitar I’d ever heard but I’ve just read that it’s an electric likembé. It’s mad how a piece of music or a sound can have such an influence on you without you knowing very much about it. I’ve just spent the last year putting a xylophone through a guitar amp trying to get a sound like that.

Nina Simone – My baby just cares for me

It’s one of my first memories of music. I’ve a Nina Simone record that was my mother’s and it’s got a heart scratched in it around the centre (last track skips). It was either me or my sister as children. We had a phase of doing that kind of thing. I listen to it and picture the old living room and jumping on the furniture and dancing to the records. I didn’t realise she was playing the piano at the same time until I was a teenager. Blew my mind.

T Rex – I love to boogie

I’m struggling now. It’s too much, this 5 tunes thing. What about all the other tunes? The laughing, crying, shagging tunes? The party tunes? The solitary thoughtful tunes? I’ve picked this one because…well…I love to boogie… 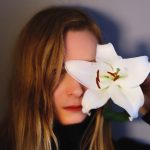