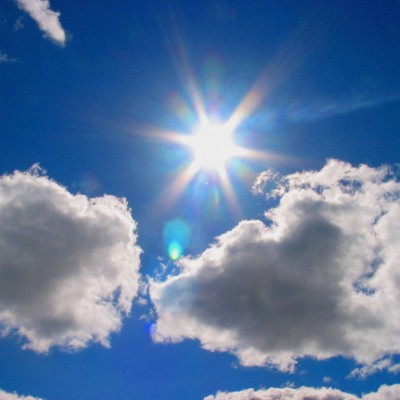 The Lotus Eaters – The First Picture of You

Liverpool in 1983 was a wilfully contrarian place. On the one hand here was a crumbling post-industrial empire still scarred by the Liverpool 8 riots two years before and in the throes of civic and political unrest that would see the hard-left city council come into direct confrontation with Margaret Thatcher’s Tory government. Yosser Hughes, the moustachioed anti-hero of Alan Bleasdale’s TV dramaBoys From the Blackstuff, had entered mass consciousness the year before as a tragicomic icon of a working-class community having its heart and soul ripped out, while a new wave of tripped-out dole queue dreamers had already claimed the city’s primary-coloured post-punk landscape as their own.

But when the debut single by a band who’d yet to play a gig made the charts in July to define that year’s summer, you can see why more barricade-manning lyricists openly mocked the song’s images of flowers screaming joy. In truth, from the pastoral exotica of a band calling themselves The Lotus Eaters to the breathless wide-eyed idyll of the song itself, The First Picture of You was the soft-focus flipside to gritty realism.

Formed by an ad hoc alliance based around Jass Babies vocalist Peter Coyle and Wild Swans guitarist Jeri Kelly, The Lotus Eaters’ part charity shop Famous Five, part shaved-back-n’-sides ’30s austerity chic image similarly captured the conflicting moods of the times. With the duo caught in the crossfire of a record label bidding war following an October ’82 John Peel session, the fruits of this coupling was a lushly produced version of the Peel session’s highlight.

When the Music’s Over – The Doors

There’s something mesmerisingly perfect about listening to one of the Doors’ longest songs in the wee small hours of a hot summer night. The song needs to be heard in the dark, alone, while all around the city sleeps, in tenements and in flats and in houses and on the streets. ‘When the Music’s Over’ is the closing song on the Door’s second album, Strange Days. This is a song for endings, a song for the end of the night. It’s driven by bass, hot and low and melodic, surrounded by a grit-laden swirling sirocco of guitar and organ, that solo left and right. They build to break on a sparse centre, a drum-flecked wilderness that is the calm heart of the song.

Thick-tongued Jim speak-sings his beaten poetry and you notice footsteps pass by outside, a quiet conversation drifting in their wake. Traffic murmurs low, a taxi’s diesel rasp, a siren somewhere in the distance. Come back baby, back into my arms. The smell of hot concrete. Somewhere someone is very drunk. The slightest of breezes, taunting. You hear every gentle sound, breathing in the summer air. Rapt attention rattles tension and a statement – we want the world and we want it now – and the crescendo – NOW – and the organ and the guitar and the heat builds outside and the heat builds inside and it stutters, stutters, stutters and then release. The breeze slips back and in a final blast the music is over. (Stewart Bremner)

My favourite summer song might well have been School’s Out when I was a pre-teenager and probably Holidays In The Sun as a teenage punk … but the one that much later really got me and which to this day still really gets me is “Radio” by Teenage Fan Club. There is something pretty magical and utterly mysterious about this song so that while it plays it takes your heart and mind captive for the duration and leaves you with a big stupid grin right across your face. Since first hearing it just as it came out back in the early 90s with its sudden maddening rush as the guitars drums and vocals blast it off into the stratosphere I’ve thought that it should’ve been the one to truly make the Fannies into #1 global pop royalty yet sadly that didn’t really happen – not even when subsequently they would almost casually throw out the immense “Sparky’s Dream”giving the record buying market another chance to lift themselves out of abject mediocrity, alas this was not to be. Like hard to beat teenage dreams, “Radio” gives head-spinning summer pop thrills, and a sensational deep rock’n’roll gut feeling, and for this you just gotta tune-in and savour the atmosphere! (Lenny Helsing)

‘Relight My Fire’ – Take That and Lulu

For me, summer means road trips and road-trips mean music. Last year my girlfriend Annie, our dog Rosie, and our car Vera went on a grand northern drive to the Scottish Highlands and Islands. For the whole glorious, sunny trip we sang along to the albums of our adolescence: Alanis Morissette’s’s Jagged Little Pill, Nirvana’s Nevermind, Pulp’s Different Class, TLC’s CrazySexyCool, Foo Fighters’ The Color and the Shape, Blur’s Parklife. Each one of them is the soundtrack to the summers of my youth, and I love them as much now in the summers of my adulthood.

But I have to choose just one song, so for me summer is ‘Relight My Fire’ by Take That and Lulu, purely for my memories of last summer and the way that Annie sang on our road trip: her pitch-perfect Lulu voice, the summer breeze lifting our hair, her fingertips tiptoeing on the steering wheel along to “keep on walking, baby”, me doing hand-claps, singing in my flat dying-cat tones but still at the top of my lungs, the swooping Scottish hills, the glint of lochs, the dog in the backseat grinning out of the window, the volume turned right up. (Kirsty Logan)

Whilst Grandaddy isn’t exactly your typical band of choice for a summer anthem, this song definitely wouldn’t sound out of place on a beach bound road trip playlist. It’s cool indie rock with just the right amount of hazy, lazy, surfgazey wonder that’s present is all good summer tunes. At first, Jason Lytle even invites us to, “Take a trip, join me in the sun…” But, although it appears to have all the relevant aspects of an indie summer classic, as with many Grandaddy songs, the lyrics tell a completely different story. As it turns out, Jason is, “not having a good time,” for reasons some of you may or may not relate to: Setting off on a summer holiday, only to be so disappointed with the results that you wish you’d just stayed home. Hey, we’ve all been there, right? There’s little worse, except maybe wasps. But I’ve yet to come across a summer song that reflects my own personal hatred for the wee winged devils so, for now, this will have to do. Jason’s advice for the summer? “Stay alone. Put a record on. Listen to the songs. Keep yourself at home.” Sounds good to me! (Nina Glencross)

I’ve finally hit the point where the films of my adolescence have reached classic status. Clueless, as every culture website reminds us, is 20 years old this summer. Which is ridiculous, because 1995 was basically yesterday. I didn’t realise that ’90s nostalgia was in fashion for a long time – I just thought clothes had got good again. 1995 was the first year I remember really being aware of pop music – my sister and I insisted the car radio was permanently tuned to Longwave Radio Atlantic 252, and as we careened about Cornwall in the first of many Volvos, even my parents sang along.

I hate U2 with a fierce and burning passion, but Hold Me, Thrill Me, Kiss Me, Kill Me, a song from a Batman movie when Val Kilmer was Batman, is my guilty pleasure. It played when we drove down to the beach for surfing lessons, it played when I dyed my hair red for the first time, it played in a film where I apparently came out sighing over the female romantic lead, and my mother knew it was only a matter of time before we had a certain conversation.

I romantacise that holiday and its soundtrack as the epitome of summer. In retrospect, it was the last family holiday before my mother got ill, before my teenage years became dark and confused, so of course it sits in my memory
as this perfect golden time. I know that, but when I want to feel that sense of giddy optimism, of summer finally having arrived, that’s what I put on.