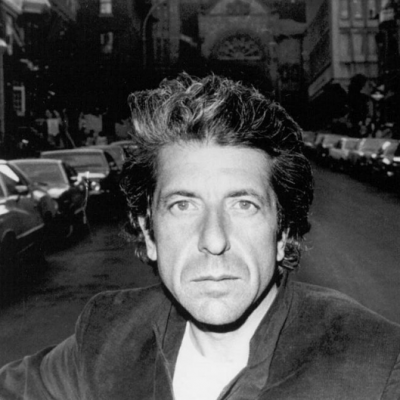 Leonard Cohen was a joy. It’s suddenly OK to say that now that the Canadian poet, song-writer and deep-throated singer has died aged 82, just three weeks after what turned out to be his final album, You Want it Darker, was released. It wasn’t always the way. Received wisdom in my assorted teenage lairs was that Laughing Lenny, as I took to calling him in gentle mockery of his deadpan funereal delivery, was the ultimate miseryguts. Growing up in the late 1970s and early ’80s, existential crises were being embraced – albeit at a wilfully alienated distance – by assorted post-punk nihilists. Despair, depression and disorder were what seemed to make them tick in the urban wastelands we self-consciously scowled our way around. Leonard Cohen, however, was as bleak as it gets. Or so we were told. Cohen was one of those names to drop. Jim Morrison, Lou Reed, Arthur Lee, Scott Walker and John Cale were others. These were characters picked up from music paper eulogies by young pretenders high on their own myth-making. The young pretenders hoped some of the dark eccentric genius of their new set of muses would rub off on them like narcotic-tinged fairy-dust. Like the others, you read about Leonard Cohen more than you heard him, so he seemed even more mysterious and elusive. You heard whispers, but he was never on daytime radio.

Some weekends in Liverpool my youth club mates and I used to take the train from Lime Street over to stay with pals in Runcorn, three brothers, who between them had the most jaw-dropping record collection you could imagine. At an age where it would take you a few weeks to save up enough pocket money to buy one album, being in close proximity to the entire back-catalogues of the Doors, Cream, Hendrix and all the rest was like falling into a musical treasure trove. But amidst hearing L.A Woman and White Room for the first time, it was the Leonard Cohen albums that fascinated me the most. Even the covers looked different.

Like a survivor from another age, here was this Me Generation troubadour, staring dolefully from that first, modestly named album, Songs of Leonard Cohen, looking dapper in a crumpled, lived-in kind of way, like he’d been up all night, and that melancholy post-drunk comedown was for keeps.

And when you played it? Suzanne; So Long, Marianne; Hey, That’s No Way To Say Goodbye…. Here was a crooner who was as un-rock and roll as you could imagine, a bookish loner who’d been around the block a bit, and who’d come out the other side, damaged goods, smart enough to not only understand why, but to treat it as a virtue. 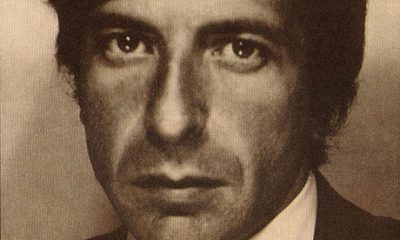 As I made my way through Cohen’s back catalogue in date order as I was wont to do then, I got to Death of A Ladies Man, the 1977 album he made with – was that really Phil Spector who produced it? Compared to the wide open spaces and acoustic longueurs of everything that had come before from Cohen, it didn’t feel right somehow that his trademark insularity was being fleshed out by the crazed lunatic who created the overblown blare of the Wall of Sound. And yet, for all its curveball oddness, I was instantly smitten. I only heard the stories about how the album was made, with Cohen effectively held hostage by a drink-fuelled and gun-toting Spector at the controls, much later, but hearing the record the first time it sounded like a seriously unhinged hoot designed to leave the listener giddy. This was especially the case on Don’t Go Home With Your Hard On, an unfeasibly smutty one-line gag of a song which featured Bob Dylan and Allen Ginsberg singing backing vocals on the chorus. Given that this was a Leonard Cohen record, it sounded both shocking and ridiculous.

It was around this time, after I’d no doubt been pontificating larkily about Laughing Lenny and how depressing he was, that someone took me aside and asked me why I thought that was the case. Listen to the words, they said calmly after I’d attempted a weak defence. No, really listen, they said, and I’d find something holy and full of hope. That made me think, and I listened.

In truth, I was too young and stupid to fully understand Leonard Cohen. He dealt in grown-up stuff, borne of a lifetime of wisdom and experience, and all those sad-eyed litanies of hope and despair were so far out of reach to an unsoiled innocent like me as to be unfathomable back then. Only later, when I’d lived a bit and made a few grown-up messes of my own, did the beauty and truth of what he was saying make sense. There was no epiphany, no thunderbolt, no moment of satori. As with the best of Leonard Cohen’s work, it crept up gradually. 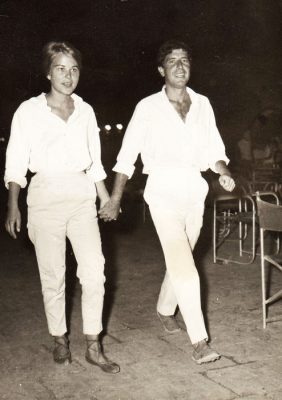 I picked up a dog-eared copy of Cohen’s first novel, The Favourite Game, and read it with the  earnest attention it seemed to warrant, though I never got round to reading his follow-up, Beautiful Losers. I imagined doomed love affairs conducted in dimly-lit rooms over shared cigarettes and whisky dregs, some of which came true. I raised an eyebrow at the glossy sheen of the production on First We Take Manhattan, the single taken from Cohen’s 1988 album, I’m Your Man, compared to the starkness of the sound on that first album heard staying up all night in Runcorn. And then, eventually, as I grew into myself and the music, I heard the joy.

This all came home to me on a blustery summer night in 2008 when I watched Leonard Cohen play Edinburgh Castle. By rights, this then 73 year old wearing a Homburg and a double-breasted suit looking like an ageing mobster dreamt up by Martin Scorsese shouldn’t have been there at all. Cohen had been forced to start touring again when he discovered he’d been majorly ripped off by his manager. If crime ever really pays, it was the audiences who reaped the reward.

Cohen opened like a rinky-dink lounge bar showman by going down on one knee for the Jewish wedding strains of Dance Me to the End of Love. Lines now so familiar as to be epigrams in their own right were punctuated with a knowing chuckle. But this wasn’t self-parody. So Long, Marianne sounded raw and impassioned, made even more plaintive by the years since the song first appeared. And when he recited the lyrics of A Thousand Kisses Deep unaccompanied to 8,000 people in the pin-drop night, it sounded like a prayer. 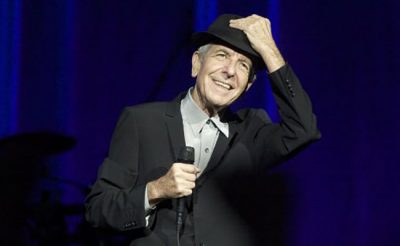 Throughout a three hour set, a seasoned warmth emanated from Cohen. There was a generosity there too for his band, who he name-checked individually as he gave them space to shine. This was especially the case with backing singers Charley and Hattie Webb, the Kent-born siblings who perform as the Webb Sisters. In an evening filled with beautiful moments, their lead vocals on the encore of If it Be Your Will was one to cherish. By this time the rain had started, and, after a funky ride through Closing Time, Cohen finally parted with the words, “Don’t catch a summer cold.” Even this simple but sage advice was invested with Zen-like profundity.

When all the social media whining started up a few weeks ago about why didn’t Cohen win the Nobel Prize for Literature instead of Bob Dylan, and how Dylan apparently isn’t a real poet whereas Cohen was, I wonder what Laughing Lenny was thinking about it all. And I think he’d maybe give a barely there shrug and a wry little grin, and then move on, knowing full well that none of it really mattered as much as not catching a summer cold.

And if any young pup who knows nothing yet ever comes on all smart and says how depressing they think Leonard Cohen is, and how he made music to slash your wrists to, I’ll say: listen. Really listen to the words and music. Feel the wisdom and experience that’s lived through them. Then listen some more, and hear something that’s holy and full of hope. Then understand that Leonard Cohen was a joy, and that he always will be.