The Phantom Band’s genre defying debut is as thrilling as the day it was released in 2009, writes Neil Cooper 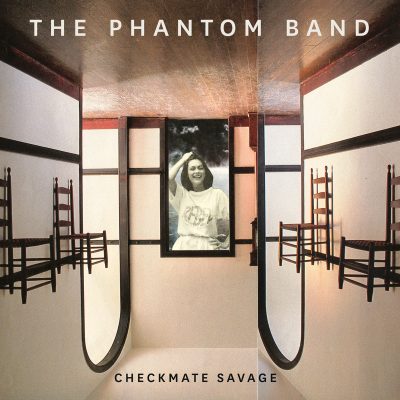 It wasn’t easy to know what to make of The Phantom Band’s debut album, Checkmate Savage. When it was let loose into the world a decade ago care of Chemikal Underground Records, it seemed to have appeared out of Scotch mist. From the opening synth fizzes and hypnotic motorik beat of the record’s first track, The Howling, its rich mesh of absorbed influences defied all expectations and perceptions of what a Glasgow-indie-DIY-artrock-band could be. As a tone-setting calling card for everything that followed, The Howling was a perfect evocation of the sextet’s textured pick-and-mix approach that seemed to have been born fully formed. As well as a kosmiche pulse picked up from 1970s German iconoclasts, Neu!, also bubbling away in the band’s musical melting pot were shades of backwoods Americana and wonky Beefheartian atonality tempered by crunchy college rock melodies. Added to this were John Carpenter vintage synth film soundtracks, primal chorales and more.

All this framed vocalist Rick Anthony’s doleful baritone declaiming a form of arcane Scots gothic. This seems to have been absorbed from the rainy graves of ancient bards and put through a filter of dervish-like latter-day sooth-saying. Anthony would go on to pursue this avenue even more by way of his solo records as Rick Redbeard.

Such hidden depths look set to be brought out even more on the tenth anniversary double vinyl edition of Checkmate Savage. Released with love once more by Chemikal Underground, the format should allow the songs to breathe enough for them to sound both ancient and unremittingly modern.

On paper, at least, none of The Phantom Band’s wilfully eclectic approach should have worked. Yet the combined result of Greg Sinclair and Duncan Marquiss’ guitars, Andy Wake’s keyboards and the bass and drums of Gerry Hart and Duncan Tonner wrapped around Anthony’s voice was a powerful and cohesive sprawl. It also made for a very grown-up sounding record. Rather than tugging awkwardly in several different directions at once to the point of collapsing in on itself, its nuanced post-genre mash-up was sculpted into shape by knowing pop-song structures. It was a collage that gelled with a masterly sense of its own intricate widescreen construction.

Given some of the various musical and artistic predilections scattered throughout the band, it was a hybrid that perhaps should have come as no surprise. The vaguely surrealist-looking 1970s styled poster-art cover image does likewise. As does the nod – conscious or otherwise – to the original Phantom Band, formed by former Can drummer Jaki Liebezeit and late period band-mate Rosko Gee alongside other German experimental musicians, and who released three albums in the early 1980s. 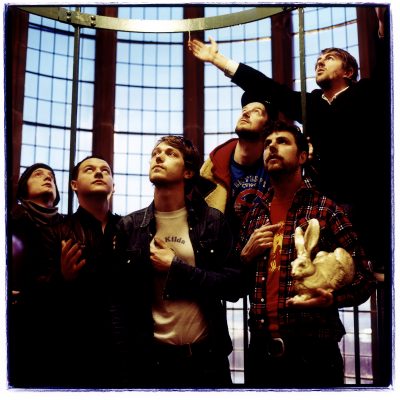 So often do the songs on Checkmate Savage lurch into new dimensions within the same song that it wouldn’t be too fanciful to describe some of them as triptychs, flitting as they do between acoustic balladeering, minimalist electrionic sprints and extended guitar longeurs.

The video for The Howling takes a similarly multi-faceted approach. To illustrate the second single from Checkmate Savage following Throwing Bones, the duo of Martin Wedderburn and Bronagh Keegan’s might easily be read as a tribute to The Prodigy’s iconic clip for Smack My Bitch Up. Adopting the point-of-view of an unseen protagonist, The Howling video takes the viewer on a bender through Glasgow pubs, Saturday night city centre streets and the potentially life-threatening confines of the Clyde Tunnel’s pedestrian walkway. With the joyride narrative cut up and pieced together in a non-linear fashion a la Nicolas Roeg, at various points a spectral looking quintet appear, overseeing and perhaps manipulating the action.

Elsewhere, the record carves out its own mythology even more, setting itself against a windswept landscape of wide open spaces where grand gestures cast up elemental science-fiction runes on land, sea and air. Burial Sounds; Folk Song Oblivion; Throwing Bones; Island. Every song sounds like an adventure, heroic in intent without ever becoming overblown.

Then there is Crocodile, a dinosaur-sized instrumental, which draws inspiration from the title theme to 1986 feature film, Crocodile Dundee. The track had originally appeared in an earlier form on a self-released CDr, but somewhere along the way lost the second word of its predecessor. Maybe that had something to do with some of the band’s roots as students in Dundee, or maybe it was a double-bluffing distancing effect, but the rumble in the jungle that ensues embarks on an expedition of musical exotica before exploding into full-on rock riffage.

Finally, The Whole is on My Side is a slow-burning but propulsive processional that confesses all before wandering off into a brave Scottish sunset, all but purged of the demons that drives such a spellbindingly timeless set of incantations.

The remastered edition of Checkmate Savage is available from January 25th on Chemikal Underground records.