A short story by D.B. MacInnes 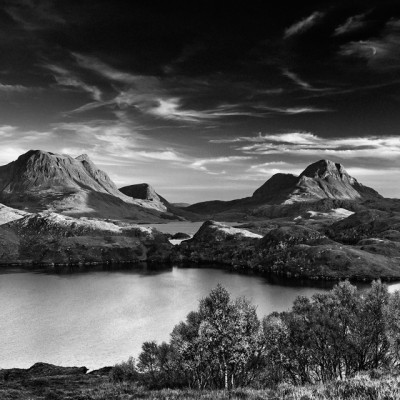 Archie was fed up listening to his mother. He sat eating porridge at the kitchen table in their decaying house, staring out of the door which lay open to the croftlands and beyond them to the sea. In the distance, their only cow, Breasag, raised her head and seemed to look at him with reproach before continuing to graze. From the garden came the sound of his sister Dolac beating life back into their threadbare carpet.

‘Yon Peter MacDonald has done very well for himself,’ his mother said.

‘Well, called ‘The Dummy’ all his life, but he came good in the end. Yon deaf school in Edinburgh got him speaking as well as you or me, and in two weeks he’s away to the university to study medicine.’

Archie  pushed away his porridge bowl. ‘How will he mend the sick when he can’t hear them?’

‘Och Archie, Archie, ‘ his mother replied, turning away from him, her voice fading in that way the Minister had, of dropping off to a whisper when listing the failings of his congregation.

It was his mother’s birthday and he had not yet given her a gift.  Shona, the younger of his two sisters, had bought their mother a new mirror from a mail-order catalogue, and he watched now as she hung it above the fireplace where it would reflect and multiply the flames out into the room.

Dolac called from the garden. ‘Archie, come out here and help me beat this carpet.’

He stood up quickly and behind him the chair slammed to the stone floor. His boots stood in the hallway and he stamped his feet into them. Then he was out the door, his large frame barrelling past his angry sister and on through the gate.

He turned onto the road which ran in front of the croft houses. Constructed by gangs of redcoat soldiers two hundred years ago to promote the rule of law in the rebellious north, it was only good for offroad vehicles.  It followed the coast before swinging away over the moor to the village. Soon he reached the High Loch, where the boys went fishing after brown trout. A dinghy was pulled up on the shore.

There was to be a ceilidh dance in the village hall that evening and Archie wondered if Maggie Morrison would come. She had finished with him months ago, but he still hoped she might change her mind. Maggie, like Peter, was away to college at the end of the summer, taking away her red-gold hair and her wide-lipped smile.

Just beyond the halfway stone on the redcoat road, was the sheep fank where shearing took place. Its drystone walls lay in a patch of green, cropped out of the nut brown moor over the years by the sheep. Archie abruptly left the road and leaped onto its wall. These days its tool store had turned into an informal club for the idle, and he hoped a few of the older men might be inside, warming themselves at the stove, but there was no smoke rising from the lum sticking through the roof.

One of the men had a prawn boat, and when he could be bothered to go out, took Archie as crew.  This was when he was happiest, pulling up creels from the green depths of the sea,  their blue translucent populations all beady eyes and spidery legs.

He ran his hands over the rough stone of the wall, remembering his father lifting him onto it when he was a child. The khaki jacket his father wore reeked of tobacco mixed with peat-smoke. It was a relic from his days in the Cameron Highlanders, fighting in the desert sands of Africa, through the olive groves of Sicily and finally on the drive for Berlin. Archie had searched in vain for that torn and faded jacket, and he mourned its loss still.

After the war his father had worked on the roads for the Highland Council, until one year without explanation, there was no work to be done. He was no fisherman, couldn’t even swim, but there was nothing else for it but to sign onto Angus MacDonald’s boat. Angus, who was The Dummy’s father, was not famous for his attention to safety and found it difficult to acquire crew.

Sat in a corner of the sheep-fank tool shed, Archie had once overheard older fishermen talking to his father about the possibility of being swept into the sea.  Twenty minutes, they said. Twenty minutes before you begin to die of hypothermia. Just dive to the bottom while you still can, they said.  Get it over with.

A year ago on a March day when the sea and sky were the colour of slate, a mighty wind came howling out of the north, and Angus MacDonald’s boat was lost with all hands. Archie often wondered if his father, the novice fisherman, the war hero returned to navvy on council tarmacadam, finding himself tossed in the grey caverns of the ocean, remembered that bleak advice, and saying goodbye, goodbye, goodbye to his loved ones, slowly turned and slipped to the ocean’s bed.

It was at this time Maggie came into Archie’s life, showing him sympathy during the first few days as the dimming of hope began for the boat’s return. He had clung to her as a drowning man grips a floating spar. He remembered the unexpected beauty of her body as they lay in a hollow on the moor, her creamy skin pinkening and vibrating beneath his touch as he lay in a kind of rapture with her. But for Maggie it was only an act of kindness and a girl’s curiosity quickly satisfied.  To her, the wide world was already beckoning.

Archie dropped from the sheep fank wall, feeling the money in his pocket jingle.  He had been saving to buy his mother some perfume, but a more pressing need was a bottle of whisky for the dance.

At the ceilidh that night Archie sat in the corner of the hall as the dancers whirled past. The visiting band from Acharacle were playing in a fast but strict tempo. Lightest on his feet was The Dummy, Peter MacDonald, his body following the vibrations of the music. Peter and his dancing partner, a bewitching redhead with a radiant smile, were so attuned to each other that during a schottische they stepped and polka-ed without touching. The redhead of course, was Maggie. At one point during a barn dance she winked at Peter and threw in some extra steps as they moved apart. Next time round, he successfully copied her and she laughed.

Archie, awash with misery, stumbled back and forth to the toilets, where the men gathered with their bottles in defiance of the hall’s “dry” rule. Each time he would take a long swallow from his bottle, before returning. Once he found a band follower from Acharacle in his seat, and hard words were exchanged. He nodded to the door and the lad followed him. A few minutes later Archie staggered back alone, his fists skinned and bloody.

Maggie and Peter were still entwined when the accordion faded out on the last waltz. They strolled hand in hand to the door where Maggie’s father waited. Archie jerked to his feet and joined the crowd pouring out into the spring night. Maggie and her father were heading along the village street in one direction, and in the other, Peter MacDonald followed the redcoat road up to the moorlands, a solitary figure under the great tent of the stars. Archie took another swig from his bottle and lurched after him.

He woke at dawn to the bitter screams of the seagulls on land raids from their watery kingdoms. His clothes were soaking where he lay on the shore of the High Loch beside the dinghy. He shook his head, trying to clear a way through the alcoholic murk. Where did Peter go last night? A rock, stained crimson, lay beside his outstretched hand. Red lichen surely? He cudgeled away dark thoughts.

He looked at the dinghy. It had moved from its position yesterday.  He seemed to remember it rocking in the water as a heavy weight tipped from the gunwale. But his head was a sea of memory, and he couldn’t be sure. He got to his feet and looked around. A thick mantle of early morning mist still obscured the loch, hiding whatever stories it had to tell.

He had an urgent feeling that if only he was back in his mother’s kitchen listening to her soft voice, things would be normal again. He began to walk home.

‘GoBack! GoBack! GoBack!’ A grouse rose before him, shrieking its alarm before sweeping away over the heather. He felt sick, but wanting to distance himself from the loch, he kept going.

In half an hour, the croft houses became visible through the mist. When he could properly see his family home he began to feel less anxious. Then he saw that a vehicle was parked in front of the house. He strained to identify it. It was a Land Rover. A white background,  blue patches alternating with yellow. A Police Land Rover.

His first instinct was to run, but in the years to come he realised fate had given him a crossroads. Some admonition rose within to give him strength, and he chose to meet whatever waited for him in his mother’s house. At the front door, he could hear a hum of voices within, but these were arrested as he entered. His mother’s living room was full of friends and neighbours, all silent, all in shock at the sight of him. Two uniforms began to rise in the corner of the room by the fire, and looking up, he caught a glimpse of his face in his sister’s new mirror. Was that blood on his cheek, or was it firelight?

‘Archie, we thought ye had wandered and got stuck in the bog,’ cried his mother, rushing over to hug him. ‘When ye didn’t come home last night, I phoned the police. They were just about to start looking for ye.’

Then, over the top of her head, he saw another fatherless son emerging from the kitchen with a tray of tea and biscuits, another boy who had awaited a boat that would never return.  Archie gently set his mother to one side and crossed the room. He took the tray from the lad, laid it on a table and threw his arms around the startled Peter MacDonald. 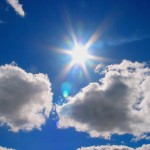