The Broken Pane, Charlie Roy’s harrowing but uplifting debut examines loss, tragedy and our relationship with the past. Here she discusses creative process and how she grew from wistful scribbler to published author 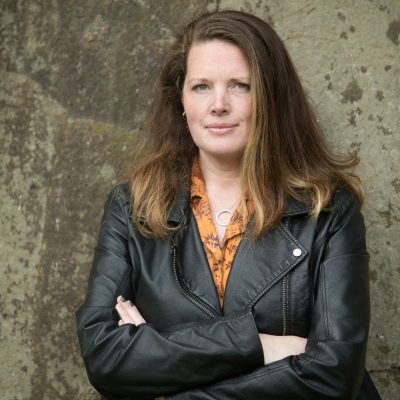 Some writers say they would be happy to write and never publish. Does having someone read your words enrich your writing? I would always have written. I’ve been writing regularly since I was young, and it wasn’t until about five years ago that I felt that being published was something that I could strive for, though I dreamt of it. I would have carried on no matter what. That said, going through the editing process is a deeply enriching experience. I have learnt a great deal about my writing ticks, my blind spots.

Where do you get your information for your books? Do you like to research before or during the writing process or get the main story down and then flesh it out? A bit of both. I sit with the initial idea and research around it, to get a feel for the fit. I write down the key stages of the story and dive into the first draft, telling myself the story. In the second draft, I add details, colour.

Does writing energize or exhaust you? I need to write regularly, most days, or I end up feeling very flat and out of sorts. Some days, I finish and have a bit of a buzz – which I walk off with my dog. Other times, I feel like I’ve rather depleted myself – so I recharge with a walk with my dog!

What’s your writing Kryptonite? The lack of creative time. I have a young family and my brain is full of lists of jobs and demands for snacks. I always feel guilty if I sit to write and there’s a household job I’m ignoring. I can sit & knit a scarf in ten-minute bursts but I can’t write fiction like that! On the plus side, I rarely get time to let self-doubt creep in.

Is there anything you know now about your career that you wish you’d known when you started? I knew I loved to write. I didn’t think that being a writer was an option for me. It seemed like a self-indulgent pastime when I was a student. I wish I had known sooner that it was something I could take seriously. That and how to approach publishers…

So what did you learn about approaching publishers? I couldn’t say that I’ve completely cracked it yet! I do know that as well as having a good submission that follows the guidelines and sending it to someone who is actually looking for work like yours, it helps to be confident. I started introducing myself as a writer, thinking about myself as a writer, speaking of my project as a serious endeavour, not just a hobby. I started going to writing groups and events, and found myself thinking of these in a different light. Not quite “professional development” as one might have at work, yet certainly as more than just entertainment – and that was when things started to fall into place. Believing in myself as a writer – not just Charlie Who Likes To Write – gave me the confidence to introduce myself and my book to publishers, to the world.

Have you ever frightened yourself while writing? Yes! For instance, when I was writing The Broken Pane, I told Tam’s story as I felt was truthful to her character, to the narrative. Every scene is there with a purpose – she had been through hell but she was able to find herself, to grow, to start to heal and I knew that was the aim. But when I was re-reading the draft and I knew Tam & Bugs, I felt absolutely awful for what I put them through! I was more than once tempted to just erase or change a scene to spare them going through it. 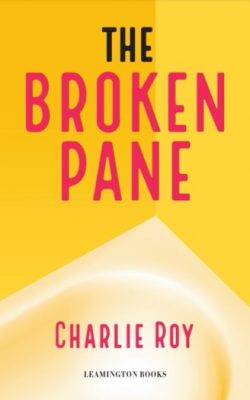 Do you have a particular approach to how you create the structure of your novels, or is each one different? I’m starting my next novel and just as I did with The Broken Pane, I have fleshed out the main characters, and the main elements of the plot, the key events in the story. Thereafter the character of the novel takes me through.

When you approach your desk in the morning, do you ever just want to run screaming in the opposite direction? If so, how do you get yourself to sit down and start writing? My desk is covered in my children’s stuff so I tend to clear the kitchen table and work there. I’m usually desperate to get going when I finally find some time. I work through a lot of the ideas in my head and make notes on my phone – when I’m walking the dog, standing around in the play park, waiting for my children to fall asleep. It’s all ready to go when I get a moment.

How long on average does it take you to write a book? The first draft when I’m really telling myself the story takes about four to six months, but then I let it stew a bit. Ideally, I’d aim for about six months – I’d like to get to the point when I can alternate projects better, but Future Me will work that out. Then back for the second draft with fresh eyes. This stage is where I will fill in a lot of detail, pull the threads together. That’s two to three months. Then another break before a final big go through to polish it all. I could condense it to a year I think eventually but right now it’s more like two.

What does literary success look like to you? I think that being a literary success would mean that on the whole you achieved a level of critical acclaim. I think that is different to being successful as a writer – that to me would mean that I would be able to earn enough from my writing to do it full time. Mostly I hope that I am able to write the stories I need to tell freely and that my novels find readers that connect with what I am putting across.

As a writer, what would you choose as your mascot / avatar / spirit animal? A bear. Or maybe a squirrel. A creature that hoards and hibernates in any event. I write in almost seasonal bursts: a lot of poetry in the spring. In the summer, I tend to have lots of ideas which I scribble down on post its, in notebooks and on my phone. I have just been through a phase of sorting all these out, and I’m settling in for an autumn and winter of prose writing. It isn’t at all intentional. I only noticed the pattern a couple of years ago.

WIN A COPY OF THE BROKEN PANE

Product has two copies of The Broken Pane to give away. For a chance to win, e mail us your name and address (or those of recipient) to info@productmagazine.co.uk or DM us on twitter @scottishproduct by 10 p.m. on Wednesday October 27th. Winners will be chosen randomly and contacted on Thursday, October 28th.