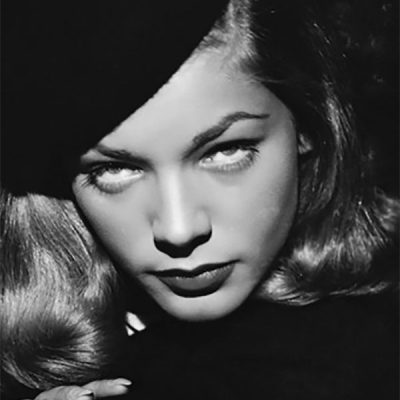 At a time when neo-cons have been enjoying great success in rewriting America’s long history of Red Scares as crusades of freedom against tyranny – in the process canonising such unlikely saints as FBI director J Edgar Hoover and Senator Joseph McCarthy – Reynold Humphries’s assiduously researched book Hollywood’s Blacklists: A Political and Cultural History is a brave and salutary corrective. Time forgives and forgets a great deal as the popular memory dwindles goldfish-short and the culture dumbs down, so it’s useful to be reminded of just what kind of sons of… liberty were protecting America from communism at the cinema from the 1930s to the ’50s. Congressman Martin Dies, president of the House Committee on Un-American Activities (HUAC) 1938- 1944 and a member of the Ku Klux Klan, coined the interesting term “premature anti-fascists” for Americans who raised a voice against the Axis powers before Pearl Harbor. J Parnell Thomas, his successor in the climactic blacklist year of 1947, when HUAC jailed Hollywood’s “Unfriendly Ten” for taking the First (freedom of belief and expression) Amendment when refusing to say whether they were or ever had been members of the Communist Party, was another unrepentant knight of the fiery cross. Harold Velde (HUAC president 1953-55) opposed Federal support for mobile public libraries in rural areas because “the basis of communism and socialistic influence is education of the people”.

Humphries lists more than enough politically toxic HUAC members and supporters in public office, from union-haters, Jew-haters and savage racists, to outright Nazi collaborators, to make one feel that from proud Americans such as these, the charge of being un-American would amount to a character reference. If for nothing else than this, Hollywood’s Blacklists would be a worthwhile publication.

Of course, many victims of the Hollywood blacklists were indeed Communist Party members as accused, but what of that? In the first place, these were people whose world-view was formed in the 1930s, when capitalism was hardly covering itself in glory. In 1932, the darkest year of the Great Depression, 30 million Americans had no source of income; thousands starved to death in the midst of plenty, and something like 700 US citizens a month were applying to the Soviet Embassy for immigration papers –facts I owe to no less subversive a source than the Reader’s Digest pop-history book Life in the Twenties and Thirties (1995). Say what you like about the Reader’s Digest, they employ a lot of fact-checkers.

In the second place, there was nothing illegal about being a communist or a member of the Party. In principle, though hardly in practice, HUAC’s “unfriendly witnesses” to the so-called communist infiltration of Hollywood would have been perfectly entitled to tell the Committee, in the words of Woody Allen’s character in blacklisted director Martin Ritt’s dark revenge comedy The Front (1976), to “go and fuck yourselves”.

In yet a third place, the majority of the actors, writers, directors and allied trades who carried Party cards were patently not intellectually convinced Marxist-Leninists (how many soi-disant communists have ever got through Das Kapital?), but simply socially conscious, humane-minded people who thought, not without a great deal of apparent justification, that it was the decent thing to do. To saddle them by hindsight with complicity in the gulags, the purges, the show trials and the man-made famines of the Soviet Union in the 1930s and 1940s is on a par with blaming Christians for the Holocaust.

I should point out a couple of weaknesses that to some extent make this book guilty of preaching to the choir. Humphries makes few bones about being a virtually unreconstructed Old Leftist of what in Britain is called the “Tankie” or pro-Soviet school, which will be enough to disqualify his criticisms not only to the diehard red-hunters but to many liberals and radicals who might otherwise sympathise with his thesis. A little good, old- fashioned Leninist discretion would not have gone amiss here.

He also seems at times to be as willing as the HUAC goons to ascribe red-hot Marxist doctrine, and serious popular influence, to a handful of films (most of them little-remembered today, for reasons not principally political). Viewed without red-tinted glasses, they preach nothing more controversial than internationalism, ordinary human decency and the working stiff’s right to a fair deal.

The Professor of Film Studies at the University of Lille would have done well to remember one fact that every hard-headed orthodox Marxist knows: political and economic reality creates the cultural ideology, not the other way around. Stalin was a lot of things, but he was never fool enough to have thought that political power grows out of the barrel of a cinema projector.

Similarly, I question his fond belief that the Hollywood witch-hunts, and the later McCarthy paranoia over alleged Reds in government and the armed forces, were a significant part of what caused the old American progressive coalition of liberals, radicals and socialists to break apart after world war two. This seems to me the epitome of the if-only thinking that is one of the congenital curses of the Left: for too many of us, the history that never happened is the one we’d prefer to believe in.

If the post-war boom, and the natural desire of most Americans to return to normal domestic life after fifteen years of Depression and war, hadn’t been enough to cause that on their own, it could hardly have survived the Berlin blockade of 1948, the Korean war of 1950-1953, or Khrushchev’s denunciation of Stalin to the Central Committee in 1956.

Another depressing tic of left-wing thinking that undermines Humphries’s work is his tendency (you can read a modern analogue of it in The Guardian‘s letters page every day) to counter every criticism of the Soviet Union with a valid but irrelevant, two-wrongs-make-a-right charge against the West. Typical is his response to an apostate scriptwriter’s explanation of why he abandoned communism – the dishonesty and aggression of the post-war Soviet Union – with the prim riposte: “But he doesn’t mention the US aggression against Cuba in 1961”.

To take up the subtitle of this book, I think I must enter a purely descriptional caveat-emptor for general readers and non-academic film enthusiasts (I tick both boxes) who might be tempted to believe it does for Hollywood’s political scandals what Kenneth Anger’s Hollywood Babylon did for its sex-and-drugs ones.

Like all censorship the blacklists were rooted in the belief that the movies, and by extension all the arts, mattered. Who really, in our enlightened, meaning-stripped, post-modern times, thinks so now?

Despite the iconically glamorous cover photograph of Humphrey Bogart and Lauren Bacall on their way to attend the 1951 HUAC hearings (Bogart is mentioned seldom and briefly, and the author is surprisingly silent on the hesitation waltz he danced with victims and the Committee before deciding that, unlike Rick in Casablanca, he really wouldn’t stick his neck out for anybody), the political far outweighs the cultural.

This is principally an academic publication, written by a professional film academic and I hope that news doesn’t have you running for the hills. Much of the first half, Drawing Up the Battle Lines, deals with relations between the studios, the government, the bona-fide film craft unions and the studio-backed, gangster-racketeering unions in the 1930s.

All this does indeed lay the ground for what was to happen later and it yields the occasional nugget of revelation. Strangers to American labour history will be astonished to learn how violent industrial disputes could be in those days, and casual film fans will be mortified to discover how many stars of the Golden Age were candidly pro-fascist in outlook and action. But for non-specialist readers, much of this material will make extremely tough sledding.

Part two, however, From the Hot War to the Cold War, offers material of much wider human interest.  Humphries’s accounts of the 1947 and 1951-53 HUAC hearings are stirringly indignant in their condemnation of the petty sadism and self-righteousness of the Committee, which demanded that friendly witnesses not only confess their own guilt, but implicate their previously unaccused friends too.

Despite Humphries’s occasional emotional over-heatedness (as neocon revisionists love to point out HUAC, unlike Stalin, didn’t kill anyone… just the US Constitution), there’s no doubt that hundreds, perhaps thousands, of lives and careers were ruined for no half-decent reason, and that America’s freedom of thought and expression was sinisterly curtailed.

Nor should it be forgotten, as Humphries points out, that most of HUAC’s victims were not high-earning Hollywood players, but seldom-credited studio craftspeople and artisans. Even the jailed Unfriendly Ten of 1947, themselves a small fraction of the punished creatives, included few names well known to film fans then or now. For the record, they were screenwriters John Howard Lawson, Alvah Bessie, Lester Cole, Ring Lardner Jr, Albert Maltz, Samuel Ornitz and Dalton Trumbo; producer-writer Adrian Scott; director-writer Herbert Biberman; and director Edward Dmytryk. Between them they made a lot of good pictures, but only Lardner, Trumbo, Scott and Dmytryk are familiar names.

Left-leaning box-office stars such as Edward G Robinson, James Cagney and Gregory Peck benefited from studio protection, while character players such as Anne Revere and Albert Dekker, among many others, had to take long holidays. In Hollywood as everywhere else, rank has its privileges. For all my reservations, it is impossible not to raise a cheer for the author’s contemptuous forensic dissection of the film that remains to this day Exhibit Number One for both the prosecution and the defence of the blacklists, On the Waterfront (1954).

Director Elia Kazan and screenwriter Budd Schulberg not only ratted on their friends in 1951, but three years later had the gall to make a film explaining why they were proud to be rats. Fellow rats on the cast list included Karl Malden and Lee J Cobb, though Cobb later summoned the decency to be ashamed of it.

On the Waterfront equates American communists, socialists and trades unionists with gangsters and murderers, and identifies Kazan and Schulberg as martyrs for truth in the person of poor, dumb dock worker and boxer Terry Malloy (Brando) – not exactly a flattering picture of a member of the working class. Let it be remembered that Kazan and Schulberg were HUAC volunteers, not pressed men. Even Judas at least had the good grace to hold out for thirty pieces of silver.

In the end, though, the moral I take from this flawed but honourable study of what playwright and screenwriter Lillian Hellmann, in the title of her memoirs, justly called The Scoundrel Time, is not perhaps the one the author had in mind, nor even an opposing one.

The blacklists, like all censorship, were rooted in the belief, accepted implicitly by all sides, that the movies, and by extension all the arts, mattered. Who really, in our enlightened, meaning-stripped, post-modern times, thinks so now? Who, other than religious zealots, and the occasional old-school cineaste disturbed by the adoption of sadism and pornography into the multiplex mainstream, would dream of worrying about the meaning of the movies today?

Hollywood’s Blacklists, for all its historical acuity, has an unintended subtext that most acutely concerns the present, not the past. 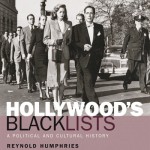