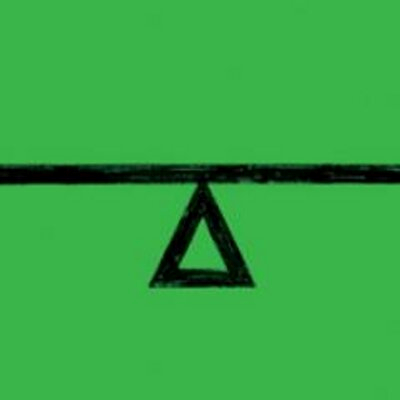 The top echelons of Scottish society are dominated by an elite group of people who attended private schools and the best universities, found Elitist Scotland?, a study by the Social Mobility and Child Poverty Commission published on 3 December 2015.[1] People from poorer backgrounds are being prevented from reaching the top of their chosen professions by a “class ceiling”. Just as in the UK as a whole, the top professions in Scotland are dominated by privileged people, which seriously questions the “myth” that the country is inherently fairer and does not have a problem with social mobility.

On the same day, Universities UK published Patterns and Trends in UK Higher Education 2015[2] a report which found that 16.9% of English students going to university in 2013 came from the least wealthy backgrounds – compared with 8.8% in Scotland. That was also the finding of an academic study, Higher Education in Scotland and the UK, edited by Sheila Riddell, Elisabet Weedon and Sarah Minty,[3] according to which the Scottish Government’s flagship policy of free tuition for Scottish university students has helped cement social inequalities. As there was no evidence, the academics argue in that book, that free tuition had increased access to higher education for pupils from the poorest backgrounds, public investment would be better targeted at raising attainment in schools in the most deprived areas of Scotland. “There is strong evidence,” Sheila Riddell says in her concluding chapter, “to suggest that if Scotland wishes to improve university participation by students from the poorest backgrounds, the most effective way of doing this is to target resources on schools in the most deprived neighbourhoods. This may call for a re-examination of funding priorities across the entire education sector.”

“For those who did not support independence in 2014, it will improve their society in ways that they say they want it to be improved. It will show that the aspirations to be a better society were not just rhetoric and that this is a sincere project which is about making their lives better, right now.

For those who did support independence, it is a chance to push the boundaries of what Scotland can do; to show that yes, there is more we can do to change Scotland but there is also a lot we can’t do. The Scotland achieved through this programme of ideas would be much more robust, much more self-reliant and be in a much stronger position to make a case for why it needs the remainder of those powers in future.”
II

While the No in the Referendum has deprived the Scottish government which will be elected in May 2016 of some of the powers needed to fundamentally change Scottish society, and while it “will also be facing the impacts of major cuts in public funding and financial attacks on the least wealthy in society,” Common Weal maintains that “it will still be a powerful government with a substantial range of powers and a considerable (though overstretched) budget.” It quotes the Si Kahn song: “It’s not what you’ve been given / It’s what you do with what you’ve got.” And, “there is plenty it can do.”

improving economic equality lies at the heart of the project
No less than 101 key ideas challenge the status quo, all emanating from twelve tasks identified as guides towards an all-of-us-first society: (1) a fairer, more equal and more democratic society does not happen by accident, it needs design and planning and collective decision-making; (2) improving economic equality lies at the heart of the project, and it can only happen through a conducive tax and investment regime, proper regulation, industrial democracy and universal provision of public services; (3) achieving social equality requires proper legislation which is enforced, and through facing up to all discriminatory attitudes and behaviours; (4) ensuring social security entails a justice and police system that should make everyone feel safe and secure – no-one should have to be afraid of not having (or of losing) the essentials of life: shelter, warmth, food, respect; (5) living in an educated and democratic society, we have the ability and the right to exert our collective power and we should use it to make the world a better place for all of us; (6) citizens should control the state; not vice versa; this necessitates a modern system of national, local and participatory democracy; (7) a common economy is a social economy – a means of producing and distributing socially useful goods and services that a society needs. “Society is the boss, not the economy.” (8) It matters who owns our infrastructure, whether it is for private profit or for the common good, and controlled, in terms of investment and design, by the common; (9) resilient, strong and stable communities, local production protecting the environment and producers’ rights are the antidote to unhindered and dangerous control by global corporations; (10) health is not just a remedial issue – globalised food markets, disempowered consumers, poverty, consumerism and unhealthy relationships to work create alienation and health problems. Promoting good health needs to be seen as a thread running through everything we do; (11) life needs to be designed for the common good, not for commercial profit, from our built environment to our transport systems; (12) we need to put solidarity and empathy at the heart of social life, not greed and mistrust, and we need to strengthen our common social institutions.

Achieving these tasks requires a tool box including newly-designed and participatory local democracy structures, decision-making tools which encourage ‘circular power’, the flow of decision-making power upwards as well as downwards. A new emphasis on vision and thinking about the future, on long-term ‘next-gen’ solutions can be facilitated in public academies or local parliaments. In light of the limited investment powers of the Scottish Parliament, a National Investment Bank for Scotland is an indispensable tool, but investing in local economies would also greatly benefit from a municipal banking sector and National Mutual Companies – private but democratically controlled by citizens. Skills development and capacity-building are prerequisites for a society to be successfully managed by its own citizens. Empathy being at the heart of a better society, educating empathetic and collective decision-making, design- and conflict-resolution skills are key investments in achieving that better society. Public accessibility of information is essential, as is a diverse media and strong freedom of information legislation. Well-being without a sense of community is unthinkable; strengthening communities, making them vibrant, requires investment in local facilities and real community democracy. Many of the tools to achieve economic equality (e.g. macroeconomic, monetary, tax and welfare powers) are not available to the Scottish Parliament, but it can focus “on investment, collective provision, economic intervention, universalism, and education.” Finally, we need to be able to measure success or failure in moving towards an all-of-us-first society through a new set of national indicators.
III

Both these twelve tasks, and the ten tools, are more explicitly addressed in the course of the book and, where appropriate, illustrated by examples. It is particularly good on the social economy. The critique of the present state of affairs is devastating: “a low-pay, low-skill, low- productivity, low-innovation, low-investment, short-term, high-profit- extracting economy,” which “has reduced pay, increased inequality, reduced manufacturing, overheated consumption, made housing unaffordable for many, harmed the environment and led to constant instability.” If we want to move away from that “opposite of a social economy,” We need to “start again and rethink” our economic strategy.

While this would bring Scotland just in line with other democracies, it should go beyond that and “push forward and create genuinely innovative systems of participatory democracy.”

Given that many of Scotland’s social ills can be traced back to the lack of local democracy and the unequal distribution of land, there could have been more on the issue of land use and land reform, ensuring that, as the Scottish Parliament’s Rural Affairs, Climate Change and Environment Committee has put it in its report published on 4 December, “land is a national asset for the benefit of all the people of Scotland.”[4] And, while encouragement of local tourism is mentioned, the vast opportunities of cultural tourism in regenerating local communities is missed.

Edinburgh’s New Town is paraded as an example of designing for life. The quarters of Georgian Edinburgh were undoubtedly built to last and offer high-class accommodation. But maybe the Colonies would have been a better example, as they have been much more socially inclusive, and more in tune with a commons approach to housing.

A Book of Ideas acknowledges that we can learn a lot from the Nordic social democracies, but also from Spanish co-operatives, from German manufacturing and their dual system of apprenticeships, from German and Japanese municipal banking structures, from Brazilian models of participatory democracy, The Netherland’s effective rent controls and Singapore’s open intellectual property rights. In Baden-Württemberg efforts under way by the land government to introduce an integrated public transport ticket for the entire Land. Compared with Scotland’s fragmented public transport, A Book of Ideas could have been bolder in challenging our backwardness in that sector.

There is a curious absence of Scotland’s continued role in the UK. Should Scotland not try and forge regional alliances, work towards regional and national representation in a reformed second chamber, and exercise its (limited) influence at Westminster? And, likewise, the perhaps biggest issue of the legislative period of the next Holyrood parliamentary session, the UK referendum on EU membership, remains untouched – a curious omission given Scotland’s relationship with the EU, the prominence of it in the Referendum campaign, and at the very time when TTIP negotiations are being finalised, which might have far-reaching consequences for the prospects of a all-of-us-first Scotland.

Looking, learning and designing, replacing short-term private profit in favour of long-term common gain, reversing Scotland’s “shocking centralisation” of power and services, creating a more equal, social and democratic economy and society – these are the key ideas in the book that “show that Scotland’s future does not need to be the same as Scotland’s present.” The Book of Ideas is just that; it is not a manifesto. But Common Weal invites the political parties and candidates for Holyrood to “fish” from the “‘pool’ of ideas … when they produce their own manifestos.” Those who want to change Scotland for the better would do well to do so, and voters may well use it as a check list against which they can measure what’s on offer from the parties competing for their vote on 5 May 2016.