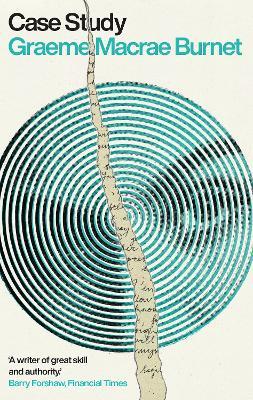 To say Graeme Macrae Burnet’s ‘Case Study’ has been eagerly awaited is a considerable understatement. The success of ‘His Bloody Project’ – Man Booker Prize shortlisted in 2016, and among the most critically acclaimed novels of recent times – means that subsequent publications are bound to create excitement and expectation. I’m delighted to say, that anticipation has been more than matched. Based around a series of notebooks which were sent, unsolicited, to a certain ‘GMB’ to aid in his biographical research on the “[…] forgotten 1960s psychotherapist Collins Braithwaite”, what unfolds is a literary and psychological mystery that taps into questions about the relationship between patient and therapist, and the potential for the power dynamic between the two to be abused. Macrae Burnet is focused on the experience of the former more so than the latter, a standpoint which has been all too rare.

The novel is grounded significantly in the real world, with GMB talking about browsing in Glasgow’s bookshop Voltaire and Rousseau for books by Braithwaite. Subsequently, with most events taking place in the 1960s, well-kent characters of the day such as Joan Bakewell, Isaiah Berlin, Michael Relph and Dirk Bogarde appear throughout the book. The counter culture of the time is also recounted accurately, with references to John Osborne’s celebrated play ‘Look Back In Anger’, Colin Wilson’s cult novel ‘The Outsiders’ and Harold Pinter’s ‘The Birthday Party’.

The real life character who casts the longest shadow is infamous psychiatrist R.D. Laing, author of ‘The Divided Self: An Existential Study in Sanity and Madness’ who gained notoriety for his approach to psychiatry. According to GMB, Laing was a contemporary of Collins Braithwaite, or, at least, that’s how Braithwaite saw their relationship. It is true that both shared an interest in the study of ‘sanity and madness’, an examination which is also at the heart of ‘Case Study’.

Braithwaite is one of the most memorable characters in recent times. His book ‘Untherapy’ is described as “[…] salacious, iconoclastic and compelling”, and that is an accurate description of the man as well. Macrae Burnet manages to strike the balance between deeds and words so that even though we are appalled by how he treats and dismisses others, there is an understanding as to how people are attracted to him. Like R.D. Laing, Braithwaite builds a reputation for controversial methods, without ever getting the same respect or level of fame, something which eats away at him, and may be at the heart of his dissatisfaction. And then again, it may not. His life, as with all lives, is much more complex than that.

Graeme Macrae Burnet has said in interviews that he is not ‘playing with readers’ in his novels, but, even if that is not his intention it is, in part, the result. However, that is part of the joy of reading ‘Case Study’ in particular – the question of what is real, what is fiction, and where the lines blur. I have no doubt that there will be Google searches for Collins Braithwaite, ‘Untherapy’, and his other works, or even the lives and careers of others who appear, such as Jane Gressingham, the “[…] the ‘It Girl’ of 1963. ‘Case Study’, as with all of Graeme Macrae Burnet’s previous novels, offers no easy answers, only further questions. It encourages enquiry, secondary reading, and re-assessment of the novel itself. ‘Case Study’ not only bears re-reading, it demands it.

Just as his characters change and develop, so will readers. Questions are posed about self and identity that will strike a chord universally. The idea that we construct different personas for different groups is a strong one, and the creation of ‘Rebecca Smyth’ is the clearest reflection of this. The writer of the mysterious notebooks is a young woman who believes Collins Braithwaite encouraged her sister, Veronica, (a patient of his) to commit suicide, and then wrote about her, changing the names but not the situation, as he saw it.

The woman takes it upon herself to infiltrate the inner sanctum of Braithwaite’s office with the intent to expose him. To do so she creates the character of Rebecca in an attempt to throw the psychotherapist off the scent. As the deception continues the persona of the thoroughly modern Rebecca develops and begins to dominate, just as Braithwaite begins to lose control of his, and begins to ask the questions of himself that he previously put to others, usually with little thought as to the consequences. Two lives interlinked yet increasingly alone.

‘Case Study’ is also a witty, and at times self-deprecating novel. At one point Braithwaite exclaims, “What’s the use in bloody novels?” after being asked to write one by his publisher. But this is a case of not taking too seriously something this writer clearly takes very seriously indeed. Graeme Macrae Burnet is one of the most inventive writers around, thinking carefully about how he wants to tell his story. By using the structure he does he offers the tale of two people whose paths may only cross sporadically, but those meetings significantly change both. And their meetings and stories change us, as the best stories do. ‘Case Study’ is a novel that will have readers ruminating on their own existence. You may never look at your self in the same way again. 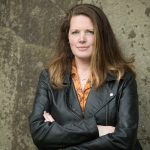