Launching a new column on animation, Nathanael Smith argues the art form is a more than a match for “real” movies in technical skill and story-telling panache. 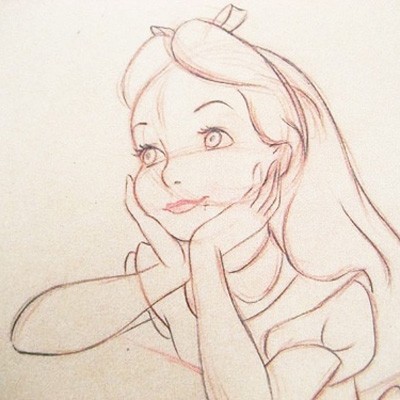 In a late Victorian summer, a girl bored rigid by her studies follows a talking rabbit into a fantasy world of baffling creatures, absurd stories and a mouse who reads bad poetry. Disney’s Alice in Wonderland, unhinged by the nonsensical and episodic narrative of its source, is a film where animators and storytellers let their imaginations run wild. It’s fantasy at its most willfully strange, a relentlessly odd film that doesn’t so much show you a different world, but drags you down the rabbit hole into it. Walt Disney once said that animation can explain whatever the mind of man can conceive, and Alice is a perfect demonstration of the medium’s capacity to let imagination rule, unbridled, and show you strange, weird and wonderful things you’ve never seen before.

Which takes us to today, to this column. Critically ignored in many areas or judged simply by whether children will like it, the pure escapism and creativity of animation deserves more attention. So over the next few weeks Product will be examining the medium, covering retrospectives, shorts, different formats and celebrating the state of animation today. If there’s something you’d love to see covered here, let us know.

Animation, like live action, involves some fairly run-of-the-mill studio output. It’s understandable that no one wants to write much about Dreamworks’ most recent offering Home, which had some nice ideas in an entirely unremarkable story, or the Despicable Me films, which are mildly amusing but seem little more than a vehicle for flogging merchandise.

For every lacklustre Turbo or Rio, however, there are also big animated blockbusters which pack more emotional punch and excitement than their real life equivalents. Take the way that flight was portrayed in last year’s How To Train Your Dragon 2, with the ‘camera,’ as it were, gliding down and around the protagonists so that we fly with them, or holding the shot wide to get a sense of their size against the sky. One scene, where the mysterious warrior Valka emerges from the clouds, was particularly spectacular in the way it revealed the character, shot and lit to make it as dramatic as possible. It’s steady, confident direction that shames something like Man of Steel, a film where flying should blow us away, but is directed like a hundred flying sequences we’ve seen before. Pixar also consistently make big budget, big box office films that similarly display a creative flair to match their live action counterparts, as anyone who has seen Wall-E’s first 40 minutes can attest to.

Also, like live action, there’s a wealth of short cinema, independent film making and films from around the world that can surprise and delight. Studio Ghibli, the Japanese animation titans, have an astonishing hit rate, and their latest, The Tale of Princess Kaguya demonstrates once more their ability to tell the most captivating stories. Their 1988 classic My Neighbour Totoro is one of the most astute depictions of childhood ever. Yet even while Ghibli’s time is apparently coming to an end, Japan continues to make animations that invoke wonder and awe: Mamoru Hosoda’s films are all superb, but his most recent, Wolf Children, turned the slightly silly premise of the title into something moving, funny and joyous; Makoto Shinkai blends the fantastical and the mundane to stunning effect in 5 cm per second and Voices from a Distant Star. It’s not just Japan and America making incredible animations: there are the highly stylised films of Sylvain Chomet (Belleville Rendez-Vous) and Tomm Moore (The Secret of Kells) and the quintessentially British cinema of Aardman (Wallace and Gromit) – that’s just three of the big names. There’s much to see and discover.

While the vast majority of animation that gets released is aimed at children, the medium and the demographic are not inherently linked. Animation has been around since the earliest days of cinema, often pre-dating it with gadgets like the zoetrope, the spinning cylinder that hid, through slits, a series of pictures that looked like they were moving, such as a galloping horse. Animation is a format intrinsic to the evolution of cinema. For instance, the ’70s was a golden decade for sci-fi. Alongside Solaris and Silent Running, French animator René Laloux was making equally cerebral films in the genre, only drawn, not filmed. Similarly,  any survey of great political cinema has to include the stop-motion genius of Czech satirist Jiří Trnka (check out his short The Hand). Whether simply drawn, made of clay, or digitally rendered with state of the art software, animation has ridden the waves of cinema’s history, telling some of its best stories along the way.

So, let your curiosity get the better of you. Follow us down the rabbit hole into the beguiling, beautiful wonderland that is animation. Once there, you’ll find cats that are buses, hedgehogs lost in the fog and candlesticks that do dance numbers. It’s going to be quite a trip.