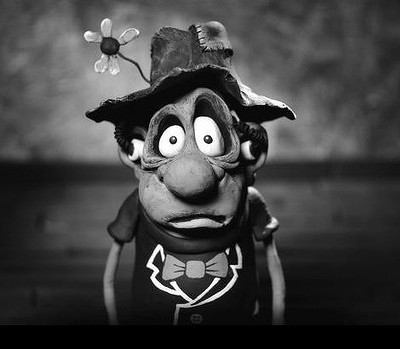 As the dust on Edinburgh Film Festival settles, and people get to analysing the successes (good guest appearances, 45 Years) and failures (Scottish Mussel) of the new Fest under Mark Adams, it becomes clear that animation made a strong showing. Not only was Inside Out the best film of the festival, but the short animations displayed some of the smartest film-making and ideas of the fortnight.

Especially impressive was the diversity on show. There were witty stories coming in at under three minutes, such as a record player that can speed up existence in A Single Life, experimental animation such as the Ted Hughes-narrated Crow and blended formats like the moving Chaaya, which mixed CG and painting. The variety of media among shorts is particularly exciting when the vast majority of features are now entirely CG. There were line drawings, film scratches, stop-motion using felt, clay and puppets and hand drawn outlines. Traditional animation, it would seem, is alive and well.

Where very little of the live action programme particularly stood out, it was in the animated shorts that the most memorable image of the festival occurred, in Manoman. A line of men start singing the name of title character, a physical representation of the id, as he urinates on them from a tall building. That short similarly had the unforgettable picture of the short hairy man running naked through a town as if it were a treadmill. Such strange and compelling images were scattered throughout the shorts programme, a format that demands powerful images to make an impact in limited time.

There were so many excellent shorts it seems unfair to highlight just a few, yet for the sake of brevity here are the three that were most impressive, all for different reasons.

Edinburgh becomes the site of the end of the world in the poorly-named Toonocalypse, a found footage short that sees one man document the invasion of a group of harmless cartoons. It’s a hybrid of animation and live action, and the blending of the two is absolutely seamless, the cartoons affecting the images, Roger Rabbit style, in a way that must have taken the team behind it a long, long time. The ‘toons are adorable at first, small creatures that wave genially and hang out in humans’ flats, but all is not at it seems – hence the end of the world. The narrative escalates beautifully, fitting in some witty moments along the way (look out for neat background details in the party scene), managing to fit in some swift character development over its twenty minute running time. Funny, technically-accomplished and using its Edinburgh setting brilliantly, this was a festival standout and deserves a big audience.

A great little piece of stop motion that plays out like a low budget Inside Out was Fulfilament, where thoughts in the form of light bulbs make their way around a brain. It’s a wordless short, as one bulb tries to find the part of the brain to work in – a simple idea, beautifully executed and with a moving finale. This one works because of the atmosphere it creates through its set design: the inside of the brain is rendered as an industrial space, all metal girders, flashing lights and deep pits. The story is a lot of fun, but not that new or interesting; it’s the world-building that makes an impact, showing different functions of the brain in abstract ways, leaving the audience to work out what’s what. There’s also one of the subtlest sex jokes you’ll ever see in an animation.

The best short of the festival was Ernie Biscuit, made by the macabre genius behind Mary and Max. Anyone who has caught that incredible Australian feature (with Philip Seymour Hoffman on the voice cast) will immediately recognise the aesthetic: ugly stop motion figures that look like Laika (The Boxtrolls) characters who have been chain smoking their whole lives. Director Adam Elliot has a skill in mixing sadness and humour to create a tone uniquely melancholic. This story of a taxidermist trying to get to Venice is filled with slapstick and gallows humour, all narrated in the driest way possible. The animation is slick, the jokes are brilliant and the whole thing leaves you caring deeply about the fate of a duck named Edith. Seek it out.

The worst short of the festival was Lava, which plays before Inside Out and is terrible.