Nathanael Smith on the vile ubiquity of the Minions 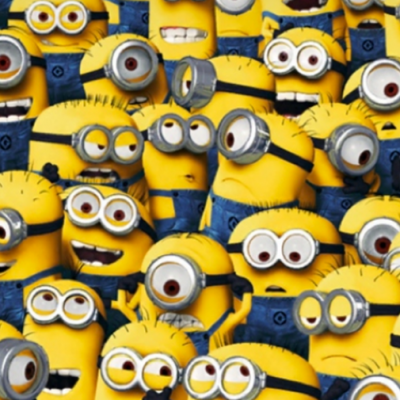 The Minions are quite a phenomenon, and it’s worth trying to work out why. The weirdoid jaundiced tic-tacs had a big opening weekend in the UK, raking in £11.59m, and they’ve just hit the US, rampaging through the box office to the tune of $115m, shouting BA-NA-NA as they went.

You won’t only see Minions on the big screen, however, and you don’t have to spend long in a toy shop or on social media to realise they are everywhere. Brian Feldman’s recent article, “How Minions Destroyed the Internet” http://www.theawl.com/2015/06/screaming-cornpops-who-are-tearing-apart-society chronicled the journey that the creatures have gone on from funny sidekicks in Despicable Me to the subject of the net’s worst macro images. They have been adapted for memes to suit every mood, need and taste, becoming a meaningless cipher to express the blandest aspects of someone’s personality.

Yet look at the films they appear in – there’s very little to indicate why these characters have become the meaningless meme du jour. The first Despicable Me film has a few good laughs, mostly from the Gru’s little helpers and Agnes, a pre-schooler, but it’s unremarkable in just about every way. It’s a film that just sits there, existing, with glossy but dull animation bringing no life to an already unoriginal plot. The second film was even lazier, a trudge through rehashed jokes from the first film but without Gru being mean any more. The minions played an even bigger role in this one, becoming the big maguffin to the villain’s evil plan.

The latest film is dedicated entirely to their antics, 90 minutes of unrestrained Minion madness that has a slim plot – they try and find a new boss – on which to build antic after antic. Mark Kermode is a fan of the film, claiming he laughed the whole way through. There’s definitely charm in a film where the three main characters speak entirely in a made up nonsense language. Occasionally, in the film’s funniest moments, they sing in it as well – the film is set in the 60s, so they cover songs from that era in Minionese, leading to one surreal moment featuring Tower of London beefeaters singing something entirely unexpected. It’s hardly a great film, in fact it barely scrapes good, but it makes you laugh just about enough. Children who are already Minions fans will love the sheer silliness and fart jokes that fly thick and fast.

Yet none of this explains the way that the Minions have spread like a rash through pop culture. It could just be exceptional marketing from Universal, putting the small yellow ovals in every bit of merchandise they can. Feldman’s theory is that their generic appearance and meaningless language gives them a universal appeal: you can ascribe any kind of thought to their blank little faces. There’s some truth in this theory, but I think it goes further than that – the basic nature of their design and communication is reflected in the simplicity of their humour. With comic pratfalls and elaborately executed hijinks, they are the new face of slapstick when the form is largely absent from American comedy. People love to laugh at stupidity, and this is a film where there is a whole army of stupid. Crucially, this idiocy is expressed without resorting to dialogue.

Slapstick, at its best, was not a stupid genre at all but a marvel of choreography and set pieces where the humour was in the escalation and anticipation. Minions does not even come close to that, but it has capitalised on a largely underused comic style. There’s no explaining why they have proliferated the social media’s least funny memes, but the success of their film franchise does, at least, make a little bit of sense. Remember the Simpsons episode where Hans Moleman makes the film ‘Man Getting Hit By Football’? Well, Minions is cut from the same yellow cloth. And if we’re honest with ourselves, it’s actually pretty funny.