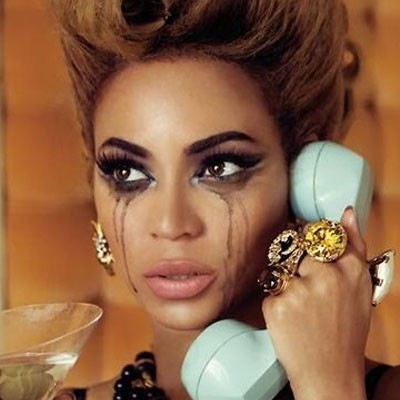 It’s 2014, maybe 2015. You walk into a bookshop, looking for a Christmas present perhaps, or with a book token to spend. You notice on the table of new music books, standing out in red, a title, The History of Rock ‘n’ Roll in Ten Songs. A publishing cliché, you think. Ever since the success of Neil MacGregor’s A History of the World in 100 Objects, booksellers have taken this to be a winning template.

You’re curious (book-sellers are right). What ten songs tell the story of rock ’n’ roll? You read the contents page:

‘Shake Some Action’
‘Transmission’
‘In the Still of the Nite’
‘All I Could Do Was Cry’
‘Crying, Waiting, Hoping’
‘Money (That’s What I Want)’
and ‘Money Changes Everything’
‘This Magic Moment’
‘Guitar Drag’
‘To Know Him Is To Love Him’.

Hmm. You know, say, half these songs. You wonder how many people picking up the book (or reading this review) know even that many. This must be, you think, a book by Greil Marcus.

Marcus has been writing the history of the USA in objects (records and songs) a lot longer than Neil MacGregor or current publishing fashion; since 1975’s Mystery Train, at least. This book draws on his long running Real Life Top Ten column. But to read Marcus in book form is to be reminded that his concern is not to remove objects from the historical flow, examine them close up and then put them back in their place. He wants to show us that such objects, when paid proper attention, make their own quite new and unpredictable connections. The History of Rock ‘n’ Roll in Ten Songs doesn’t tell a familiar story in an unfamiliar way but is a different kind of history altogether.

The best rock ’n’ roll songs work, Marcus suggests, as “a field of expression” and “a web of affinities”, and his great gift as a music writer is his ability to bring these phrases to life. His starting point is always a song or, rather, a particular performance of a song. He describes what he hears, what the music sounds like, in great detail, from moment to moment. He deals, as good music writers must, in similes and metaphors and emotions – the songs’ emotions, not his own. A record as described by Marcus may thus become such a rich object as to be better read about than heard. It exists in his head, then in his readers’ heads, the track itself just a trace of what it has imaginatively become.

He deals, as good music writers must, in the similes and metaphors and emotions of the songs

Marcus’s mapping of each of his ten songs’ affinities is highly individual; it depends on his remarkable knowledge of American cultural history, high and low. Over the years his readers have become familiar with repeated cultural reference points but these matter less than his freewheeling and playful sense of serendipity. Affinities, from this perspective, involve accidents, puns, coincidences and misunderstanding. Their possibilities are best illustrated here by the ‘instrumental break’, “Another History of Rock ’n’ Roll”, which imagines what would have happened to Robert Johnson if he hadn’t died when he did.

Through his apparently esoteric selection of songs Marcus uncovers a series of connections that, in time, without the reader really noticing, do indeed make reference to everything critically significant in the history of rock ‘n’ roll — and everything critically insignificant. I have never read, for example, a better account of the American Idol (or X Factor) singing style. It is, Marcus suggests, a kind of lying. “What was once a sign of meaning what you said is translated into a device by which singers communicate that they don’t.”

Near the beginning of the book Marcus writes: “It is the moment when something appears as if out of nowhere, when a work of art carries within itself the thrill of invention, of discovery, that is worth listening for.” This is a romantic view of art but not of the artist. These moments occur in a flux of circumstance (commercial as much as artistic) and at historical moments that are as much accidental as determined. In Marcus’s stories the performers are more amazed by what a song does to them than by what they do to a song, and his belief in song as a container of infinite truths, as a repeated challenge to which their performers must respond, is oddly reminiscent of traditional music scholarship in Scotland (and then I remember that Marcus has written much too on American Traditional song).

In the end, though, what most matters to Marcus is rock’ n’ roll as the site of a continuing conversation, a conversation between everyone who has
performed or listened to this music, and between all its performances, past and still to come. The History of Rock ’n’ Roll in Ten Songs is a magisterial contribution to this conversation.