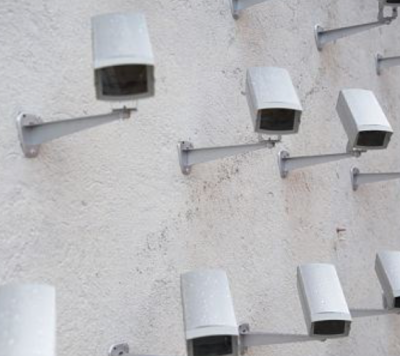 For decades our economy has depended on the value derived from extracting raw materials like oil, coal, rubber, gold or tantalum. But does this model still function as a template for the world of big data, a world defined by the consumption or “extraction” of an invisible but multitudinous raw material that is inextricably linked to the intimate curvatures of our everyday lives? There are some similarities; both require access to and the ability to trade raw materials, both emerge from power disparities between proximity to the raw materials and the ability to access and trade them – for instance, local communities near coal mines or oil deposits and internet users whose data is captured and shared, and both have mastered the ability to transform these materials into colossal profits. However, the underpinning of the extractive economy was scarcity; value is derived by the fact that there is only a finite store of the material and who controls that store can dictate flow, access or demand. The same is not true of data, the growth of which has been exponential and unending. It has been estimated that every day, we create 2.5 quintillion bytes of data, the equivalent of 250,000 Libraries of Congress. The economics of scarcity do not apply. The question is not necessarily of monopolising the source but in redefining how the raw material is captured, stored and then sold.

But by depending on this framework as a guide, we are missing something, or even worse potentially obscuring the real forces at work. In The Age of Surveillance Capitalism: The Fight for a Human Future at the New Frontier of Power, Shoshana Zuboff warns against this: “The mental models, vocabularies, and tools distilled from past catastrophes obstruct progress.” Surveillance capitalism has established a new dominant form of capitalism that while connected to the models that precede it, is both distinct from it and hard to pin down using the same language, terminologies and assumptions. In Zuboff’s words, surveillance capitalism is a “new economic order that claims human experience as free raw material for hidden commercial practices of extraction, prediction and sales”. This draws the scope of surveillance capitalism far beyond that of the existing economic models, seeing in its sights, not just labour, attention or consumer power, but a market force that captures experience and individual autonomy. This is a system of totality, exceeding “the historical norms of capitalist ambitions, claiming dominion over human, societal, and political territories that range far beyond the conventional institutional terrain of the private firm or the market.” 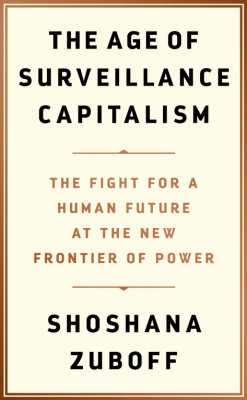 To be in a surveillance capitalist system is to be within a system with no edges, no demarcation between within and without and no territory that can be mapped, let alone escaped. While Zuboff warns against focusing on the technology – the system is bigger than that – the technology does hint at the hidden forces at work. And nothing symbolises this more than Amazon and Amazon Web Services (AWS). Gizmodo reporter, Kashmir Hill spent six weeks blocking Amazon, Facebook, Google, Microsoft, and Apple, through the use of a customised VPN. According to Hill: “Launched in 2006, AWS has taken over vast swaths of the internet. My VPN winds up blocking over 23 million IP addresses controlled by Amazon.” AWS is the world’s largest cloud provider and provides hosting for some of the most widely used online platforms including AirBnB, Twitch.tv and the CIA. This hidden infrastructure, the invisible thread that binds the internet together, severely hindered Hill’s attempts to use the internet, even frustrating her attempts to bypass the other megalithic tech companies; DuckDuckGo was Hill’s search engine of choice to replace Google but this fell through as the search engine was hosted by AWS. While only a snippet of the complex and tangled system we are enmeshed in, Hill’s experience illuminates the visible peaks in the predatory structure that consumes our present, our future, our behaviours and our choices. 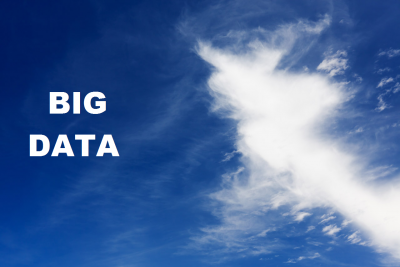 If this is the world we now inhabit, it is a world suddenly rendered foreign and beyond understanding. Over the past three years, at Scottish PEN, we have been working to explore the impact of surveillance on our realisation of human rights. Recently we published a report Scottish Chilling: Impact of Government and Corporate Surveillance on Writers, which analysed the impact of surveillance on writers’ willingness to express themselves. We found that 22% of survey respondents avoided speaking on or writing topics that could invite surveillance, with many expressing an interest to change how they interact with the internet. When writers are self-censoring themselves we need to ask ourselves what is left unwritten, what are we as readers being robbed of? Writers require a space that is of their own construction, formed of their own autonomy to give shape to their ideas, but without the confidence this space lies beyond the predatory habits of surveillance capitalism, this space oftentimes collapses in on itself. Zuboff calls this the right to sanctuary and this can take on very literal connotations, with homes or intimate spaces recast as “simply the coordinates for ‘smart’ thermostats, security cameras, speakers, and light switches that extract and render our experience in order to actuate our behaviour.”

This is the world that we are in, but it is as unknowable as an ocean we are merely treading water in. But we need to know it, because there is no edge to it. Every second, data will be generated, and every second it will be consolidated and used to manipulate our lives and futures. We have created the foundation of a world that has escaped our definitions and our language, but language is fluid and capable of understanding, shaping and controlling every new force that exerts pressure on our society. For Zuboff, surveillance capitalism epitomises the unprecedented (“the necessarily unrecognizable”), but this is not a fixed definition, in fact, it may be the way we orient ourselves in this foreign territory, seeing the unprecedented as “a necessary prelude to effective contest.” Effective contest requires a willingness for us to give shape to the unprecedented, to test the elasticity of our language and call power by the right name. It could not be more important, because in Zuboff’s words “the future is our home too.”