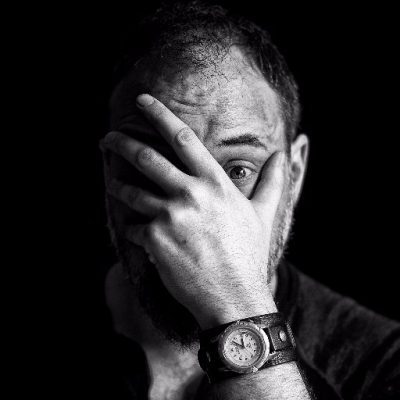 If you’re new to the term speculative fiction, come with me – we’re going on an adventure to meet an inventive exponent of this hybrid story form. Speculative fiction draws on H.P Lovecraft’s definition of ‘a weird tale’ that’s ‘a story with supernatural elements that isn’t a traditional ghost-story or a Gothic tale.’* It often raids older forms of fiction such as fairy tales, myths, fables, the Gothic but also delights in stirring eclectic contemporary influences like mixed media; the graphic novel, cinema and computer games into the pot. This results in alluring writing full of curious details. Speculative fiction is believed to have its roots in pulp fiction from the last century, such as serialized detective stories and horror fiction in popular magazines. It has developed into a complex genre-bending mode of expression. It includes writers as diverse as Angela Carter, Shirley Jackson and Neil Gaiman.

Malcolm Devlin’s first book You Will Grow into Them is an innovative debut collection of short stories published by London indie Unsung Songs. Delvin’s stories are playful, macabre and amusing. In Dogsbody we meet a man who once changed into a werewolf. He’s now unemployed and drowning his sorrows in the local pub, that is until he meets a woman attracted to his wolfish past. In contrast Passion Play is a dark story about a fifteen year old girl involved in a police reconstruction. The girl is haunted by the ghost of her missing friend and the cross-hatch man, an odd figure from a church painting that both girls can see at times. In these stories Delvin gathers his material from the world around us and then turns them into something uncanny and extraordinary. He shifts from one genre to another, producing highly original stories that are full of surprises.

Naomi Richards: What attracted you to speculative fiction?

Malcolm Devlin: I feel that a certain element of the strange or speculative can have the effect of casting a slightly different light on the reality which surrounds it, and I find that strangely appealing.

NR: Do you think genre-crossing fiction is becoming more popular and if so, why?

MD: I don’t know if there’s more genre crossing than there used to be, I suspect it’s more to do with the perception of how genres are defined. The same stories might be classified in different ways at different moments and much of it has more to do with marketing. In Shikasta by Doris Lessing or The Master and Margarita by Mikhail Bulgakov they lever a particular sort of strangeness, without any formal consideration about how they should be defined. I saw a comment under a review of Matt Haig’s new novel the other day, complaining that in writing a story about a character who has lived for 400 years, the author was repurposing elements of science fiction, which seems a bit silly given that Virginia Woolf did the same thing with Orlando and no-one’s arguing that she nicked all the fun stuff from someone else’s part of the bookshop.

NR: I enjoyed your mixture of social satire, the Gothic and the weird in Dogsbody. Do you see your work as having socio-political aims?

MD: Some of the stories are more political than others. The End of Hope Street is an interesting example. I wrote the story before the EU referendum last year. When I wrote it, there were other things in the news that were making me angry and frustrated, so pretty much the whole of Hope Street rattled out of that. It was published a few months after the referendum result, and curiously, both it – and Dogsbody to some extent – seem to read more as post-Brexit pieces, which is interesting, if a bit alarming that the stories are taking on a life of their own.

NR: You create a wonderful sense of the ordinary: detached houses, wheelie bins, casserole dishes, do you think realistic details are necessary in anti-realistic writing? I was thinking of Mieke Bal who points out in Narratology that: no matter how strange a text maybe, readers will think what they consider ‘normal’ as a criterion to give meaning to the text. What are your views on that?

MD: Weird fiction runs on a broad scale, from whole worlds created from scratch to ostensible realism that is ever-so-slightly off-centre. That’s a very wide spectrum to play with, and there’s something very appealing about the way a story that’s fundamentally absurd, can still make perfect, even logical, sense. Stories in which nothing is realistic, can be tough to read because without anything for the reader to identify with, there’s a danger they can seem at best, inaccessible or at worst, frivolous. If a world makes no logical sense, how can the reader understand the conflicts within it?

NR: Do you consciously set out to blend genres, such as in Passion Play, in which the ghost story, the fairy tale, the Gothic and the crime story are all fused or are your processes more open and fluid?

MD: I don’t specifically try and mix things up, I find that certain stories lean in particular directions and I’m more than happy to follow. I’d make a case for all the stories in You Will Grow Into Them being ghost stories to some extent. Passion Play ended up as a ghost story, but it began as more of a mystery, following the parallels
between a police reconstruction and the stations of the cross, and exacerbated by Catholic guilt. So there was a crime plot in there by definition, but the ghost, or the ghost-of-a-ghost snuck in as well.

NR: You have a lot of indirect art references in your stories. I have a feeling of your imagination being very visual and playful. Do you build stories around a certain image?

MD: I don’t always start with an image, but I sometimes find myself working towards one like a flag on the horizon, and you’re absolutely right that specific imagery inspired parts of Breadcrumbs, Her First Harvest and Hope Street. I’m influenced as much by cinema as by other writers. I’m drawn to filmmakers who tell stories to get their ideas across with the use of visuals as much as dialogue. For short stories in particular, seeing how artists and film-makers can condense a world, a tone or a concept into a single fleeting image is instructive. I also work in graphic design, so there’s probably some bleed through between the two disciplines. Before I wrote Breadcrumbs, I doodled a tower block consumed by tree roots. It didn’t inspire the story, but it might have cemented what was already there.

NR: In Breadcrumbs, the fairy tale imagery runs absolutely wild, almost to Gothic excess, can you tell me more about how that story developed?

MD: Breadcrumbs came from a number of influences. At one end is my (perhaps jaundiced) perception of the Disney Princess industry, which seems set upon commodifying female role-models in a manner that strikes me as a bit dubious and uncomfortable. The other influence was Marina Warner’s From the Beast to the Blonde, which traces the roots of the original fairy tales with respect to the women who told them. I wanted the protagonist Ellie to rush headlong from one pole to the other, ending up as a sort of Sibyl-like figure of her own.

NR: Many of your narrators are children or young adults. Neil Gaiman has a big young adult following as well as adults. Do you think it’s difficult to appeal to both age groups?

MD: From what I can tell, a lot of writers with strong followings of all age groups write the stories they would like to read, rather than aim their work at specific age brackets. Over the course of his career, Neil Gaiman has developed something of a fable-like quality to his narrative voice. He doesn’t talk down to his readers, but at the same time, he doesn’t leave them behind. It’s a very generous style and I think it gives him a very broad appeal.

NR: You beautifully work with Katherine Mansfield in your short story Her First Harvest. What drew you to Mansfield’s work? Have you read mash-up work such as Mansfield with Monsters? If so what do you think of that approach?

MD: It was probably incredibly rude and disrespectful of me to repurpose Mansfield in that way, so I hope I didn’t offend anyone in the process. I hadn’t heard of Mansfield with Monsters. Her First Ball was the first Mansfield piece I read. I was sixteen or so and I remember being taken by surprise by the sheer richness of the story given its brevity. There’s an addictive quality to her work, she’s one of those writers with that enviable ability to say multitudes by apparently saying very little. Another source for Her First Harvest is the ball sequence from Visconti’s film The Leopard, which is this extraordinary 45 minute scene that pencils in an entire society, top-to-bottom in mostly incidental detail. There’s a sort of documentary-like veracity to it. In one scene, for example, when you glimpse all the well-to-do ladies in extraordinary ball gowns, queue up for a buffet meal, hitching up their skirts to find somewhere to sit and eat. There’s a sense that the ball goes on long into the night and the whole community is involved. Admitting I was influenced by the likes of Mansfield and Visconti sounds unbearably precious for a story ostensibly about rock dwelling space-people and their back fungus.

NR: Which is your favourite story in You Will Grow Into Them and why?

MD: I’d rather not single one out in particular. It might make the others restless.