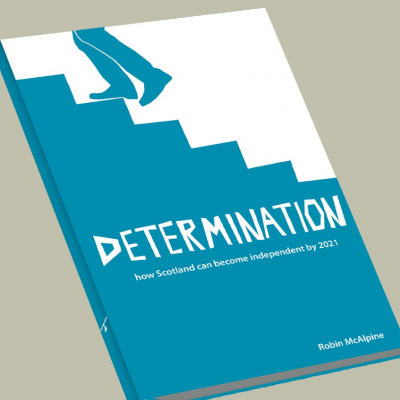 Speculation is rife about an indyref2 sooner rather than later, following the shock result in the EU referendum of 23 June. And, for he first time really – nearly two years after the referendum on Scottish independence – minds seem concentrated on a proper post mortem of that campaign, and on what has happened in the period since. What went wrong, where we are now, and what kind of campaign is needed in order to win next time? Angus Robertson, the SNP’s leader at Westminster, and in the running to become the SNP’s next deputy leader, suggested his party had failed to convince enough people to vote Yes in 2014 because it painted too rosy a picture of independence and failed to acknowledge the risks. Only days earlier, George Kerevan MP had predicted that independence could lead to five years of economic pain and spending cuts. And Kenny MacAskill, former justice secretary turned newspaper commentator, admitted that tax rises might be necessary to create a more equal Scotland.

The marketing experts Ian Dommett and Iain Black, in their analysis of the last campaign in The National, drew eleven lessons they think must be learned if the next referendum is to be won. One is that the campaign needs to be ready before the launch. It also had to be a campaign that is above party politics, a ‘social’ rather than a merely political campaign. The Brexit effect should not be over-estimated, they caution. And the role of the media needs to be re-examined. A victory in a future referendum will come from persuading ‘soft No voters’ – that’s only possible if their concerns and worries are taken seriously and addressed properly. Less talking to the already converted, more to the undecided or those who did ‘not yet’ vote Yes in 2014. Post-referendum, the focus had been too much on the 45 per cent who voted Yes, rather than the 55% who voted No.

The benefits of independence must feel real – abstract notions of a fairer, greener, more equal Scotland are not enough. The big arguments – about the currency, about the deficit, about Scotland’s place in Europe, need to be won way before another referendum is called, in order not to let negative myths dominate the campaign. Lastly, social media have to often been an echo chamber, or have put people off by the use of aggressive or even insulting language – no way to win over people for the cause.

The big arguments need to be won way before another referendum, in order not to let negative myths dominate the campaign.

This ‘not everything is going to be easy’ message does contrast with the relentless optimism of the Yes campaign and the tone of the White Paper of November 2013, but it echoes Robin McAlpine’s ‘manual’, Determinations, his strategic plan for winning Scottish independence by the end of 2021, written in May and published soon after. He is clearly worried that the post-referendum period has not come up with anything resembling such a strategic plan, and that the SNP, with its talk of ‘triggers’ and ‘change of material circumstances’, is too much in hock to events outwith the Yes movement’s control, rather than setting the agenda themselves.

At the beginning of any such plan needs to be an honest appraisal of what went wrong and what went right the last time round, he argues. Some of the answers to the big questions were not good enough, not credible, or not persuasive enough. People were not sufficiently confident that the homework had been done. Referenda, he adds, are not won during referendum campaigns. The arguments need to be won before the campaign even starts. Just to come back with the same answers in a new attempt to persuade a majority of Scots that they should vote Yes will not be enough.

Also, appealing to the ‘aspirational’ middle class is not going to be a game changer, to get near or over 60%, plans for state pensions need to be in place which indicate an improvement on the terrible British status quo. McAlpine also criticises the reluctance of the Yes campaign, particularly the SNP and the Greens, to embrace Scottishness – are we afraid to be Scottish? Not jingoism, not chauvinism, but ‘the more we apologise for the flag, the less cultural confidence we give people.’ McAlpine shares with Neal Ascherson the view that there is a lot to be said for living ‘as if’ Scotland was already an independent state. Part of that is the task of the SNP government to show that a different Scotland is a real prospect.

Determination was written before the Brexit vote, so the complex scenario that has emerged in the wake of that vote does not get any extended treatment in the book. McAlpine was a very reluctant Remainer, voted, as he wrote in Commonspace, ‘with gritted teeth’ for staying in. But he doubted even before that the vote would bring a sustainable upswing for the Yes side. He was of the opinion, and maybe the most recent polls showing no significant increase for independence support this, ‘that the EU referendum was a pretty shaky base from which to build a new independence campaign.’

Brexit, in his view, ‘isn’t a magic button.’ And as long as we trust we will get there through ‘luck and shortcuts,’ he argues, ‘Scottish independence will, like a rainbow, constantly remain just out of reach.’ 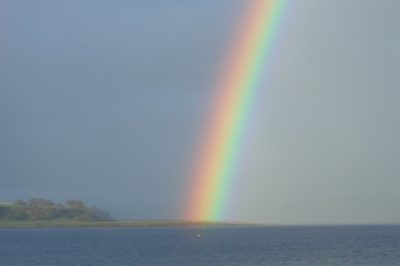 Instead, his step-by-step strategy would mean targeting those most likely to switch from No to Yes, work meticulously on ‘a better plan for independence’ and publish it on the turn of 2018/2019. Meanwhile, campaign capacity needs to be improved, while the Scottish government leads us ‘through its boldness and its commitment to make Scotland different.’ Then, he foresees a two-year campaign ‘even more determined than last time.’

By the end of 2019, he predicts confidently, his strategy would produce a swing in the polls so that Independence could consistently command the support of 65% of the electorate. If that is the case, then the Holyrood elections of 2021 should be turned into a referendum on indyref2, perhaps on a broader-based platform than just the SNP and the Greens, ‘to get a non-negotiable mandate for a referendum.’ That mandate would be for a referendum in October 2021 – and, by St Andrew’s Day of that year, Scotland would be independent, as ‘the work for negotiations and to build a new country’ would have already been done.

McAlpine is certain that only that kind of determination will bear fruit. But, as the fallout of the Brexit votum has already shown, external events beyond control of either the Yes movement or the SNP government can interfere. Too rigid an approach might have its drawbacks. Also, given that there is already a majority of MSPs in favour of independence – why would the 2021 Holyrood election have to be made into that kind of single-issue plebiscite? Does it not counter the necessity to live and work as if Scotland were already independent? Speaking of which, will the SNP be bold and committed to using all the powers of the Scottish Parliament to avoid the worst repercussions of the Brexit vote? Or will it be continue its softly, softly approach shown during the Holyrood election campaign earlier this year?

Unlike last year, indyref 2 will be on the agenda of this autumn’s SNP conference in Glasgow. Could the lure of speeding up the second vote on independence, based on the perceived anger over Brexit, be irresistible? If a Yes vote could be secured within the two-year period of Brexit negotiations, would it not make it easier to persuade the EU to let Scotland remain part of the Club, rather than having to reapply for membership? That thinking, I am sure, would make Robin McAlpine wary, not only because he doubts that ‘the framing of Scotland as wildly EU-rophile is correct,’ but also because he thinks that in order to win the Yes side needs ‘to knuckle down and develop a coherent strategy.’ Winning indyref2 is too important to risk gambling. ‘We get one more chance at this. (…) If we lose next time, it’s over.’