The highly lauded Nell Zink is one of many US writers considering the challenges of activism today, but her work lacks one vital element, writes Sibylla Kalid 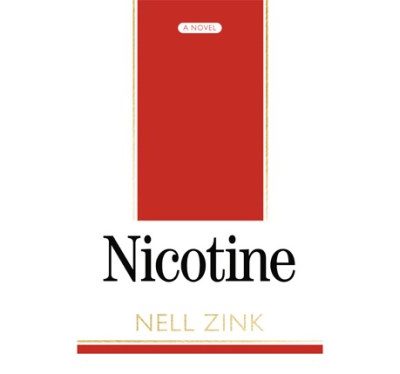 Nell Zink’s Nicotine begins with a girl screaming at a pig in a Colombian wasteland and ends with an email in which a man claims to be ‘already less bored’. The non-committal lukewarmth of that sentence pretty much sums up the tone of the novel. Nicotine refers to the name of an ‘activist house’, whose inhabitants are united by their smoking habit, and one of many that harbour the novel’s collection of social campaigners squatting on the outskirts of convention, resisting the siren call of employment and stable romantic relationships. When Zink’s three novels were published in quick succession critics were tripping over themselves to laud her as the next implosively ‘new’ thing to hit the book market. Her novels negotiate relationships and the pitfalls of identity through startling, irreverent prose, resisting narrative convention as much as typical ideas of racial and sexual identity. She zooms in on the messy interiority of her characters whilst maintaining a respectful distance, gently picking apart their conflicted relationship with society. Mislaid’s protagonist, Peggy, leaves her gay husband by driving his car into a ditch and then rocking up in a new town where she claims herself and her (white) daughter are black. Nicotine follows the pig encounter with an incident that’s not quite incest but also ‘not quite right’, as an adult man wrestles his 12 year old half-sister, naked, on a bed. Zink herself fully committed to her new identity as an enfant terrible by sending The Guardian a photo of herself posing nude in front of a piano.

With such plaudits you might expect a raucous and ruthless satirist of contemporary society, but the politics of Zink’s work are a bit like that nude photo: vaguely shocking, but a little senseless. For all of Zink’s back-flips over taboos, the dominant tone is that of a jaded observer, and her novels reliably default to conservative, hetero-normative conclusions. By the end of Nicotine the protagonist, Penny, has been sucked into banking, her boyfriend’s asexuality has been debunked as bashfulness, and her free-wheeling friend Jazz has fallen for the character that most represents corporate immorality. Zink is both mocking her characters for their failure to attain freedom from entrenched ideas, and for their attempts to do so in the first place. In fact, the novel follows the curve of a lot of 21st century Western activism, defiantly sticking up a middle finger to elites but struggling to maintain momentum once the hype has passed (c.f. the Occupy movement).

Possibly it’s exactly the ambivalent tone of the narrator that has so caught the attention of the literary market. Society currently has a troubled attitude towards activism, and Zink displays both a respect for the need to hit back at large corporations and a keen sense of irony. Capitalism and liberal democracy don’t work for everyone, all the time, but ideological disquiet with the dominance of elites sits cheek by jowl with the comforts of the West’s relative wealth (Zink’s characters are predominantly middle-class). This tendency towards bending the rules without burning the rule-book is exactly the modus operandi of most of her protagonists, who flex sexuality whilst clinging to gendered codes and stand up for minorities according to capitalist principles (‘she knows it’s right to defend people who don’t know how to dress’). In an interview with Vulture Zink commented that she had originally envisioned Nicotine as evoking a TV pilot, running on ‘for 60 seasons…before the characters are wiped out by an asteroid’. It’s not much of a spoiler to say that the asteroid didn’t make it into the final draft, but the sense that there’s no real moral to the book, that it could simply trundle on with no answer to the corporate compromise, remains. 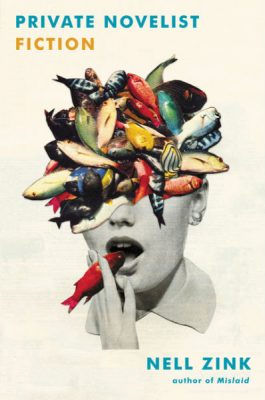 Zink’s perspective is echoed in the work of her literary mentor. In Freedom, Jonathan Franzen suggests that the individual liberty prized by the West – by the US, in particular – is always a compromise, and not always something we know what do with. Walter’s campaign to save the birds turns savage; Joey rebels from the suburban liberalism of his parents to engage in murky military deals; Penny exercises her sexual liberty and in doing so ruins her marriage. Franzen is more defiant in his repudiation of corporate power than Zink. ‘Welcome to the middle class!’ Walter bellows at the climax of the book, in a speech that quickly crescendos into locked caps, ‘You, too, can help denude every last scrap of native habitat in Asia, Africa and South America!’ But Franzen is equally alert to the ironies of our Western entitlement to self-fulfilment. Paired together, the issue-clumped activists of Zink’s novel seem almost to be proffering a solution to the problem posed by Franzen’s; that the limits of personal freedom are other people’s personal freedoms. Having the same ambitions lessens the chance of coming into conflict.

Freedom met even greater acclaim than Zink’s work, and was hailed by several critics as a contender for the illustrious title of Great American Novel. Whether or not you agree, it ‘s clear the tension between corporate power and activism being explored in US literature is something that speaks to the current moment. The twin pincers of social media and political correctness mean corporations are more vulnerable than ever to the power of the people. In a way, this is a form of political compromise; accepting a capitalist system, but using egalitarian tools to hold it constantly to account. Far from being a looming boot over the heads of consumers, capitalist strongholds are forced into a far more symbiotic relationship than, for example, at a time before consumers could express their outrage at Espen’s ruthless price hikes of cancer drugs, or shame Pepsi into taking down their misguided faux-protest ad within 24 hours.

However, this reciprocation muddies the waters of opposition. The politically-engaged use social media to broadcast their identification with the under-represented or suppressed, such as with Facebook LGBT filters or the Black Lives Matter hashtag. Yet Facebook and its ilk are themselves instruments of the elite, with Silicon Valley sharing a tremendous amount of power amongst the relative few. Admittedly, Silicon Valley itself has a complicated relationship to corporate power. The free-for-all ideology of the internet emerged from ’60s counter-culture, its exponents have repeatedly resisted governmental intervention and taxation, and Twitter struggles to break even. It is these contradictions, the murky mess of power and opposition, that Zink explores, that gives that shrugging tone such relevance. Her characters are fighting the system from within, and as such are implicated in it.

Not every contemporary American writer is quite so gloomy. Franzen and Zink’s irrepressibly chirpier cousin, Rebecca Solnit, treads similar ground in her essay collection Hope in the Dark (originally published in 2005, but updated in a new edition last year), and arrives at a less jaded conclusion. Solnit is a writer and activist who has campaigned with environmentalist groups, amongst others. She acknowledges the rational hopelessness felt by the politically apathetic, but finds continued energy for activism by breaking down the dichotomies of conservative versus liberal, capitalism versus communism, that often make a victory seem impossible. The constant refrain of her essays is that ‘it’s always too soon to go home’, and she picks out the incidents of recent history in which a mind was changed or a voice heard, insisting that it is these singular victories that make the whole activist project worth it. 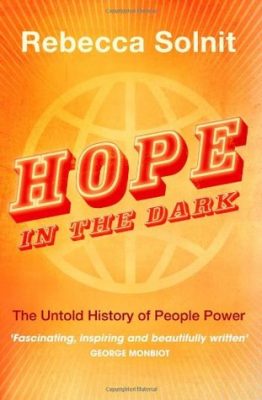 It’s this perceptive optimism that Zink’s work lacks; the ironies and humour of her novels come from a perspective alert to diametric dichotomies, that sees the amusing contradiction and not the space for potential in between. This is not necessarily a flaw, and it should be acknowledged that Solnit is writing essays that deal directly with social issues, whereas Zink is filtering these through flawed characters and a narrative voice. Still, the consolation that Solnit’s work offers is refreshing. She tells a story about a woman from the Women Strike for Peace antinuclear movement, and how redundant she felt standing in the rain protesting outside the Kennedy White House one morning. Solnit points to the fact that Dr. Benjamin Spock, later a leading anti-nuclear activist, spotted the huddled group of women and was inspired by their commitment to ‘give the issue more consideration himself’. It’s a small anecdote in a slim book, and some readers will identify more with Zink’s wry irony, but whilst the latter captures a contemporary stalemate, it’s hard not to feel cheered by Solnit’s joyful commitment to hope.