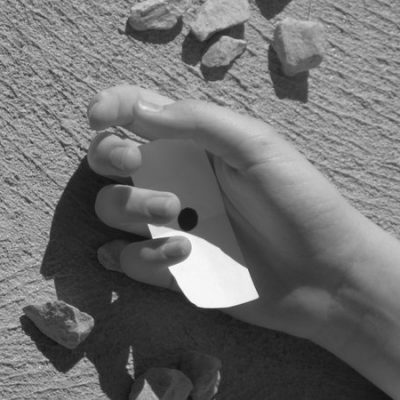 As one of the most famous and controversial short stories in the English language reaches its climax, a hand slips into a black box and draws out the last slip of paper. One of the residents of the fictional village where the story is set breaks the hushed silence. ‘”It’s not the way it used to be” Old Man Warner says clearly. “People ain’t the way they used to be.”’ Old Man Warner is often seen as the lynchpin of a tale that caused ripples of shock amongst readers when it appeared in The New Yorker in 1948.  The oldest resident of the village, he’s a symbol of tradition in a place where an annual lottery requires the villagers to pull pieces of paper out of a box, gradually eliminating  contestants until the person who extracts the paper with a black spot is stoned to death. Understandably, The Lottery, the most famous story in the some what overlooked oeuvre of Shirley Jackson, wasn’t well-received by The New Yorker’s post-war readers. Some expressed horror and outrage. Some were confused, with one reader bellowing:  “What happened to the paragraph that tells what the devil is going on?” Others politely enquired where such rituals took place, so that they could go and watch.

Whichever response is more inappropriate, the subversive nature of The Lottery was made clear. The story’s simple, fable-like prose style belies the dagger in its belly, like a child telling a secret it knows is incendiary but doesn’t fully understand. Jackson, whilst popular during her lifetime, was a reluctant interviewee. She was coy on the meaning of her most famous work, although when it was banned by apartheid South Africa, she commented wryly that ‘at least they understand the story’. Exactly what it was that they understood, she never fully articulated, although it makes sense that a narrative which can easily be read as a criticism of the arbitrary persecution and scapegoating of a particular person – or people – by those in power might have ruffled a few segregationist feathers. Despite –or, perhaps, because of – her popularity Jackson only started to receive serious critical attention a decade after her death, but since this point critics have continually taken it upon themselves to fill in the gaps left by the author’s reticence. The Lottery’s sparse, allegorical nature – and the fact that the village is unnamed, and could conceivably be anywhere – means it has been used over the past sixty years like a screen through which contemporary political and social events can be understood. 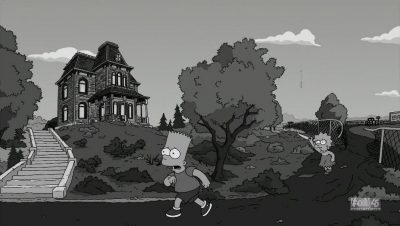 It’s impossible to know how much Jackson intended the story to be a comment on her contemporary society, but the biblical echo of sinners throwing stones was pertinent in the rubble of a world war for which America was blaming Germany even as it dealt with the aftermath of Hiroshima. Further, one early reader pondered whether The New Yorker’s editorial staff had become ‘tools of Stalin’, an interesting response to a story that, in its presentation of a society where everyone has an equal chance of being persecuted, can easily be seen as expressing anxieties over flaring Russian socialism.

However, in contrast to the vitriolic outpourings of the readers of 1948, a recent blog post on msbookish.com remarked: “I kind of knew where things were headed, since it has, after all, been 66 years and in that time, writers have continued to push boundaries.” True, if the story was published in The New Yorker today, the magazine’s readership might not be threatened with quite such a hit. And, as Warner says, ‘people ain’t the way they used to be’. We are less innocent now, and certainly less likely to believe, like so many of ‘The Lottery’s original readers, that such stoning rituals actually took place.

But the story is famously a stalwart of the American school syllabus, and even got a mention on The Simpsons episode Dog of Death, with Springfield’s inhabitants missing the point entirely and taking every available copy out of the library in an attempt to gain tips on winning the jackpot. It’s also easy to spot the resonance in The Hunger Games, where names are pulled out of a box to decide who will be selected to fight to the death. It therefore seems that Jackson’s cultural legacy is greater than that of a mere horror writer, as she has so often been wrongly dismissed. Interestingly, though, The Lottery doesn’t have quite the same cultural position in the UK as in the US. Admittedly, it’s an American story, but as Gatsby and Catcher can attest, there are plenty of American cultural works that have crept into British schools and been comfortably assimilated. Perhaps, then, the story is more profoundly American not only in its authorship but in the sense of speaking more profoundly to an American society. It can be read as indicating the dark underbelly of an American ideology that equalises everything; in a land of complete social equality and opportunity, even punishment is arbitrary. And, as with South Africa, you can see how America’s racial politics – which still (arguably) rage much more fiercely than Britain’s – might also be pulled into question.

That’s not to say that, after 2016 of all years, that the story can’t trouble the British mindset either. Viewing Old Man Warner as key prompts a reading of the story’s criticism of blind following of tradition, a harking back to ‘the old days’ as default irrespective of what those traditions actually contain. If the story had been written now, it wouldn’t be difficult to detect a snide send-up of the ‘golden-age’ Britain – and, for that matter, America – to which some of our pre-eminent political commentators wish to return, cold Spam and all. Further, as Mrs Hutchinson has the first few stones flung at her at the end of the story, she screams not only that it isn’t fair”, but ‘it isn’t right’. The concepts of right and wrong don’t seem to hold much sway in a narrative that doesn’t have any sense of morality, or even much conception of the truth; in relation to Dickie Delacroix, we are told that ‘the villagers pronounced this name Dellacroy’, with no acknowledgement of the correct pronunciation. Despite Mrs Hutchinson’s wails, there is no morality here except the morality of group versus other; the one randomly assigned to being stoned absolves the sin of those throwing the stones. This seems like a medieval logic, but it’s worth noting that this sort of moral righteousness is one not completely dissimilar to the West’s rigid assumption of the superiority of its own values – and corresponding shock at the recent rise of far-right ideologies. Old Man Warner dismisses a neighbouring village that is giving up the lottery as a ‘pack of crazy fools’ because, after all, ‘there’s always been a lottery’. The laws of justice, of right and wrong, are here based on tradition, and chance. Whether they are ‘right’, in the moral sense of the word, is, to the villagers, irrelevant. However Jackson intended it to be read, if the story is able to point out anything about the world now, it’s that we accept our own morality as ‘correct’ because we’ve always been told it is – and we always find it that bit easier to throw the first stone. 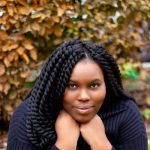 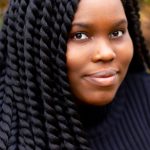