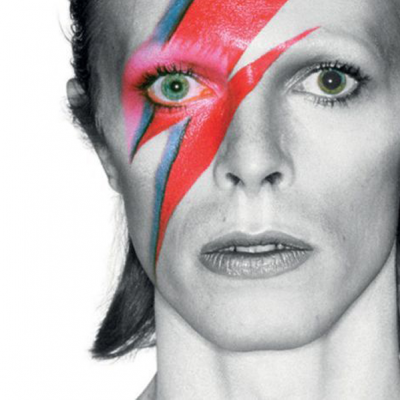 David Bowie: I Was There. Edited by Neil Cossar

The ‘I Was There’ series of books have previously dealt with The Rolling Stones, The Who, The Beatles and Bob Dylan. It will depend on your musical tastes if you agree or not, but I will argue that the latest, on David Bowie, is the most interesting yet as no artist who began making music in the ‘60s remained as culturally relevant into the current decade. Of course all music fans will want to hear memories from those who were in attendance at the Cavern Club, Shea Stadium, Altamont, Isle of Wight Festival and Manchester Free Trade Hall, but those other groups and musicians either split up, became a touring behemoth, farmed fish, or went off grid for long periods of time. Bowie may have stopped touring, but only in 2006, and the records he released between then and his death were two of the finest of his, or anyone’s, career. Bowie remained essential listening right to the heartbreaking end.

This has the effect of making these recollections seem less like nostalgia, more a chronology of the ever-changing artist as seen through the eyes of friends, the fans and the famous. There were as many Bowies as there were albums, and this is what comes across. Everyone here has his or her own take on Bowie, but no one really knows him as he was always ahead of the game. Who would have guessed that David Jones would have morphed into Ziggy, Major Tom, The Thin White Duke, and even Jareth The Goblin King, right before people’s eyes?

The introduction by Chris Charlesworth sets the scene well as he puts Bowie’s artistic timeline into context, as well as setting the tone for what is to follow. The pieces are set out chronologically, beginning with that of George Underwood who was in the audience when a young David Jones played some songs for the 18th Bromley Scout pack. He was also the boy who was the cause of Bowie’s iconic permanently dilated eye, despite what you may have read elsewhere. As with so many musicians those early days are among the most interesting, as they are where the roots of what was to follow can be found. However, even then it seems as if Bowie stood apart from those around him.

While the fan memories are all engaging, it’s the better known who offer real insight – those who were lucky enough to share the stage and studio such as Rick Wakeman on Life On Mars, Thomas Dolby at Live Aid, Peter Frampton on The Glass Spider Tour, and the great Gail Ann Dorsey who toured with him from 1995 till the end. Among the appendices there’s also ‘The Stars Are Out Tonight’ section, which has further tributes from the great and good, but they are of less interest than what has gone before.

For me perhaps the most interesting period in the book is the relatively fallow years of the mid-‘80s where Bowie fans were sorely tested. After the global success of Let’s Dance, there were albums (Tonight, Never Let Me Down and, of course, Tin Machine) which were received with indifference to say the least, and with horror by some. The strength of devotion, and even forgiveness, that comes over from the reminiscences of that time are quite beautiful. You got to have faith.

This is a book which surprised me. I had thought I would dip in and out when it suited, skipping sections and years which held less interest then others, but it turns out this is a way of telling a story which leads you onto the next section seamlessly. That may be more about the subject than the format, but in this case they work together. Although ‘David Bowie: I Was There’ is obviously for devotees and completists, it also tells us so much about the obsessive nature of fandom and the changes in music and culture of the last 50 years. That’s because David Bowie was always at the vanguard of those changes, while most of us were only dancing.