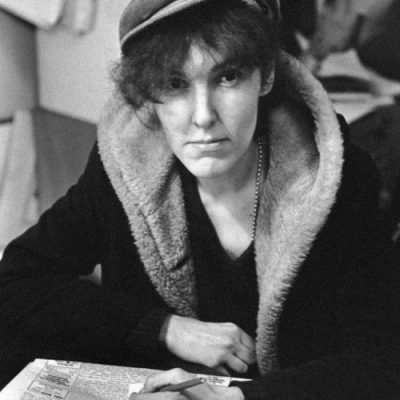 “Life in this society being, at best, an utter bore and no aspect of society being at all relevant to women, there remains to civic-minded, responsible, thrill-seeking females only to overthrow the government, eliminate the money system, institute complete automation and destroy the male sex”- Valerie Solanas. ‘Scum Manifesto’ is arguably the greatest feminist polemic to have been written in the last century, and merits reading and re-reading every decade.

If only Karl Marx’s twin sister Carla had got really hammered at the Kill all Kapitalists Christmas Night Out, this book would surely have been the transcript of that conversation we all have (you’re my best friend ever, ever, ever)… Just at the tipping point before that last tequila slammer really kicks in…

As it is, it is left to the woman who shot Andy Warhol to salami slice everything that’s wrong with the way we live now. Under headings like Money Marriage and Prostitution, Work and Prevention of an Automated Society Valerie Solanas itemises all that ails us – if only we could lose control enough to enunciate it.

Disenchanted with the male-dominated workings of Warhol’s Factory, Solanas extrapolates her personal angst to encompass society at large.  She was sectioned in a mental health facility shortly after writing Scum Manifesto; but that shouldn’t nullify the value of her unexpurgated ladyfest. In times like ours, perhaps desperate solutions need to be voiced on the road to real progress.

Petra Reid’s “MacSonnetries: The Buds of May be” is published by Scotland Street Press.