Artist Sekai Machache explores ideas of identity and self. 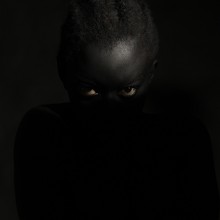 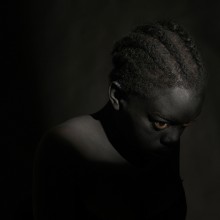 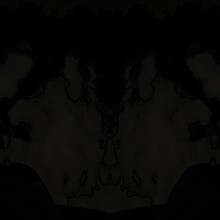 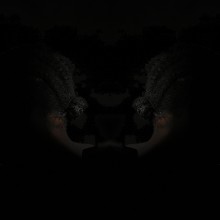 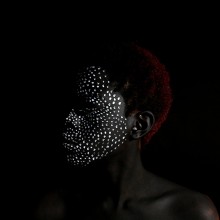 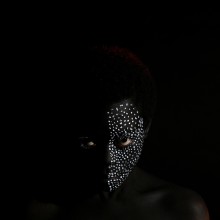 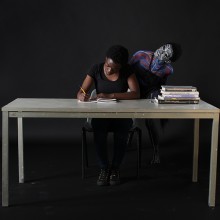 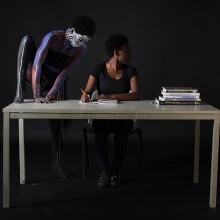 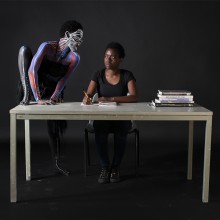 My artistic practice can be described as multi-disciplinary and is based on my interest in psychoanalysis and a deep interrogation of the idea of the self. I’m interested in particular in W.E.B Dubois’ notion of double consciousness; the space inhabited by those on the periphery or outside of society. As an African and a European I understand too well the implications of having more than one social identity and how it can significantly hinder one’s ability to develop a complete sense of self. These ideas have underpinned my work for many years and continue to be a source of inspiration and reflection within my practice.

Eigengrau: This was part of my undergraduate series titled ‘Visions of Half Sleep’. The series looked at the ‘hypnagogic state’; the state between sleeping and waking. Eigengrau is a German word meaning ‘intrinsic light’, the uniform dark gray background that many people report seeing in the absence of light.

Symbiosis: This series follows on from Eigengrau with the single images mirrored with shapes added in the background resembling Rorschach/ink blot tests.

Kin: I made this series in response to the Jill Todd award in 2012 just after my undergraduate degree show. I feel that ‘Kin‘ as a series was the basis for my most recent work.

Mashavi: This first installment of an ongoing series, which was completed as part of my Masters degree show, is a collaboration with artist Bryndis Blackadder who helped me to take the photographs and set up the scene.

Sekai’s latest series Mashavi has been highly commended by the Jill Todd Photographic award and will soon be part of an exhibition at Stills gallery. The show runs from the 7th of November to the 17th of January, for more information please visit www.stills.org

If you would like to see more of Sekai’s work you can also visit her website www.sekaimachache.com