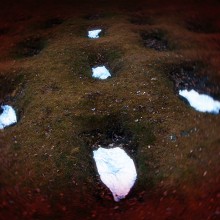 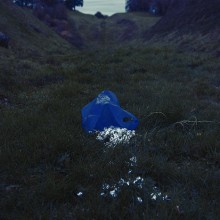 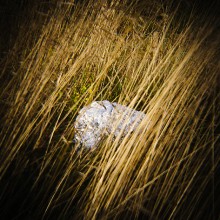 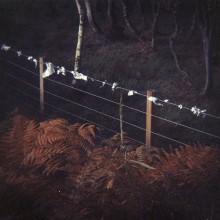 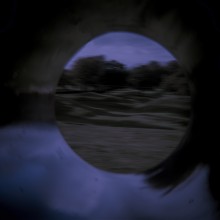 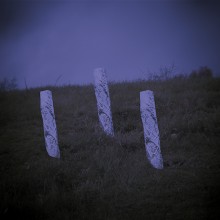 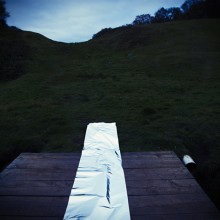 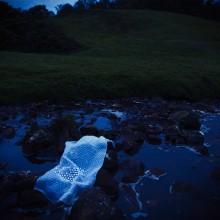 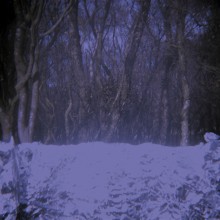 Night Hawking is a term used by Britain’s metal detecting community to describe the theft of archaeological artifacts from protected archaeological sites and areas, under the cover of darkness.

This is the basis of my photographic project. I’ve been working within the environment of Rough Castle Fort, Falkirk which the Antonine Wall runs through. In 2008 it was inscribed to the UNESCO World Heritage List as part of the Frontiers of the Roman Empire World Heritage Site (Historic Scotland 2012.)

Throughout my series I’ve been constructing metal-like appearance objects visually on top of the land. I ‘ve not re represented or tried to mimic roman treasure in any way throughout this project, as I see it, as we do not know what really lies under this historic land. There could be anything dug up from underneath, so these installations are my vision of the treasures beneath me which the Night Hawkers are desperate to retrieve. Rough Castle Fort was a target for night hawkers in 1995 when Historic Scotland found discarded metal within the site and pivot holes in the land of Rough Castle fort –  a sign of illegal metal detecting.

Each image has been carefully constructed, either shot at nighttime to mimic the act of night hawking, traditionally done in the dark. I’ve also shot some during the day also to mimic the strange sort of panic, or disregard for the treasure the night hawkers have found on site.

I’ve grown up close to the fort and have a personal attachment to the place. I want to remind the public that these acts still happen, most notably along Hadrian’s Wall in England, a constant target for night hawkers.