Artist Lucie Rachel discusses identity, intimacy, respect and the creation of her remarkable work detailing the arc of her parents’ relationship 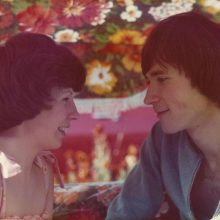 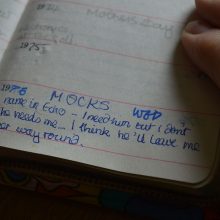 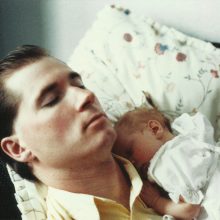 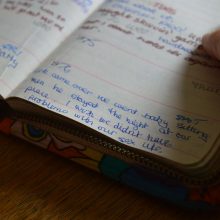 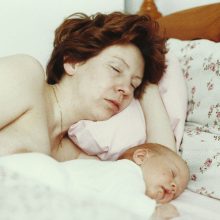 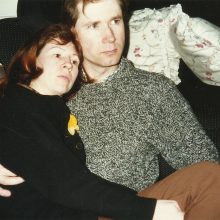 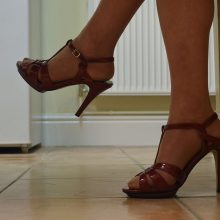 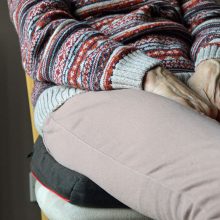 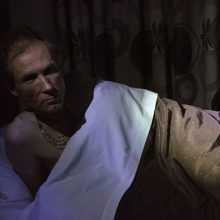 Fòcas Scotland sprang to life in 2016 as a platform for emerging lens-based artists in Scotland to engage, exhibit and publish with their peers internationally. Fòcas India – its first project – celebrates the UK India Year of Culture 2017. Through an open call, Fòcas India attracted a high volume of entries on the theme ‘Document’, from both India and Scotland. Fòcas has toured exhibitions of ground-breaking work by ten winners – 5 Indian, 5 Scottish – across India and Scotland, and will be producing new collaborative work by 6 artists from both countries, to exhibit and publish from 2018-2019.

One of the Scottish artists selected, Lucie Rachel, a graduate of Fine Art at Duncan of Jordanstone College, rightly won great acclaim for her documentary work Mother Father, an intimate insight into the arc of her parents’ extraordinary relationship. Their journey is explored through recent and archive photographs, letters, diary excerpts and blog entries from before and after her parent came out as transgender. Beginning with recent photographs of her mother holding her diary open on the day they met in 1976, it follows the couple through marriage, children, coming out and separation, finally leaving them in 2015. Here, she talks to Product’s Photography Editor Camilla Nordgren.

Why did you want to be part of Fòcas Scotland?

Fòcas Scotland is a great platform for emerging photographers, with the offer of support, collaboration and exchange. I hadn’t worked with artists internationally before so I thought this would be a great opportunity to engage with other photographers exploring similar subject matters from different cultures and perspectives. At this early stage in my career especially, it’s great to be able to have the chance to discuss and explore ideas with fellow artists, as otherwise my practice can be fairly isolated.

What new, creative dialogues are coming out of the collaboration between Scottish and Indian photographers?

The exchange is only in its early stages so we haven’t spoken too much as of yet, but I’m sure that will change very soon when we begin producing and sharing images from the autumn onwards. I’m particularly interested in a couple of the other photographers’ work who explore similar subject matters to myself, looking at gender, sexuality, identity and the self. It will be interesting to see the different directions our projects travel in!

Tell me about Mother Father. Why did you choose to explore such an intimate subject through the photographic lens?

It wasn’t as much of a question of why for me; it was more about the ‘when’. It just felt like it was the right time. My parents had recently separated, and I had no real details about their lives before my sister and I were born, just brief conversations and a few photographs, so I guess I had a lot of unanswered questions and wanted to know more about where we came from – the history and context we were born into. I wanted to gain an empathetic understanding of the path their relationship took, and how their own issues, identities and society impacted their decisions and their journey.

How did you go about the process of incorporating very personal materials into this project, such as family photos and diary entries?

With sensitivity… When I decided I wanted to start this project in 2013, I emailed both of my parents to ask if they would be willing to work on it with me, outlining some of the things I might be interested in. Through conversations online and in person I learnt about their lives, intimate events, letters and actions. I read and listened to what each of them told me about, how they acted, how they felt, their reflections on their previous lives. Of course, our conversations will have been censored on their part still somewhat I’m sure, but I’m grateful for the amount they shared with me. I also respected their privacy on aspects of their relationship they’d rather not be made public, and curated everything accordingly. I think I did walk the line, but I had no urge to cross it. I do think the whole process brought us closer though; it seemed to lift a weight and I believe it was cathartic for all of us.

Lucie Rachel works with still and moving image to navigate themes of domestic relationships, gender and the unspoken. Graduating in 2015 as one of the RSA New Contemporaries, she has directed short films with the Scottish Documentary Institute and Glasgow Film. Her documentary Where We Are Now (2016) was selected by the British Council for the FiveFilms4Freedom campaign, screening globally during BFI Flare 2017. Her work can be seen as part of the Focas India: Document exhibition at FOTOSPACE Gallery from today. Other exhibiting artists are: Indranil Banerjee, Prarthna Singh, Sukanya Ghosh, Shuchi Kapoor, Harikrishna Katragadda, Tine Bek, Sandy Carson, John Farrell, Kotryna Ula Kiliulyte.