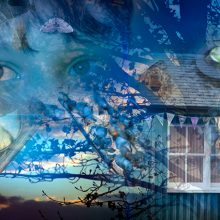 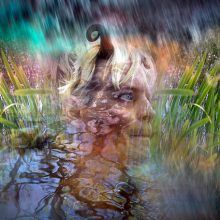 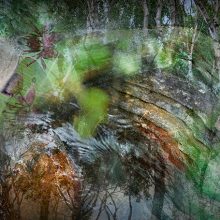 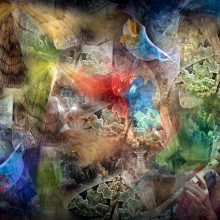 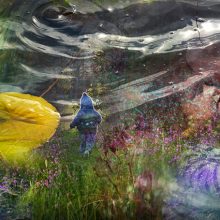 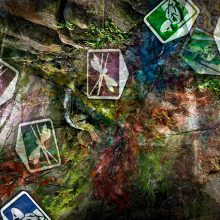 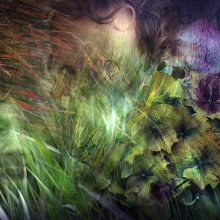 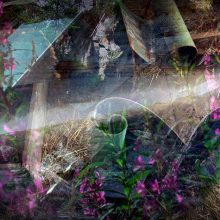 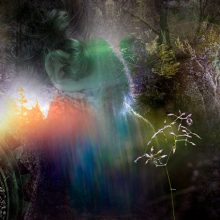 Dr Chris Dooks is an artist-researcher working in sonic arts and photography. Chris graduated from Edinburgh College of Art’s Film & TV unit in 1994, before pursuing a short career in broadcast as a director for The South Bank Show and P.B.S. in California – where he fell ill in the late nineties with Myalgic Encephalomyelitis.

Returning to Edinburgh, Chris had to embrace considerable changes in order to maintain life as a creative practitioner. A suite of strategies and interventions was developed over nearly fifteen years that eventually formed the core of his doctorate at UWS. His 2015 practice-based PhD The Fragmented Filmmaker, Emancipating The Exhausted Artist – took the form of expansive coloured vinyl LP records. The project evaluated if making vinyl could be considered a kind of filmmaking and how those with limited health and energy remain cultural practitioners.

The photographic montages you see here are an example of such a strategy. Created for a Year of Natural Scotland residency in 2013, they were the basis for a feature-length video piece and are available online as individual video works here

Titled Tiny Geographies, they aimed to capture how much diverse imagery one could generate over five Aberdeenshire sites, crucially without moving more than a few metres in each locale. Each image also contains elements of Chris’s own life, fusing an inner world with the outer – in heavily coloured and psychedelic arrangements.