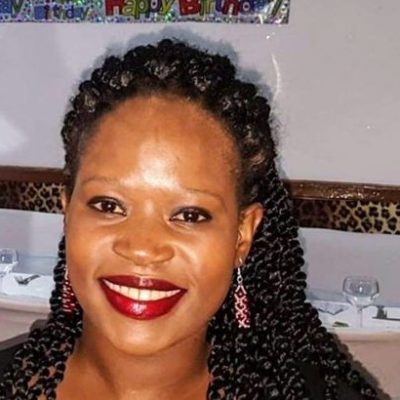 The death of Mercy Baguma is a heart-breaking tragedy for one individual family. But it is also a reminder just how broken, inhumane and harmful the UK’s immigration and asylum systems can be. Although exact details of Mercy’s death are still to be fully known, it has been reported that she lost her right to work when her leave to remain expired and she applied for asylum. Not long after seeking emergency help, Mercy was found lying dead next to her malnourished baby. Her son has been described as being “weakened with starvation”. Extreme poverty is not only the result but the intention of UK policy, which prevents asylum seekers from earning a living and which uses destitution as a deliberate policy tool. Asylum seekers can claim a £5.39 per day if they are facing homelessness, but Mercy told charity workers that she had not yet received any money. The same system bars many people without permanent residency from access to public funds. This means there is no welfare, healthcare, school meal subsidies, disability allowance or child support.

The Home Office ‘hostile environment’ policy is notorious. It has been directed at countless immigrants, including those with a perfect right to be here, leading to the Windrush scandal. We have even seen it in the settled-status scheme, which threatens to create another catastrophe for EU citizens. But when it comes to asylum seekers, it is a matter of life and death. Denied a right to work or claim benefits, this is a system specifically designed to ensure that people who have fled persecution are driven into poverty in the hope they will leave the country.

Successive UK Governments have treated asylum seekers as less than human when it comes to housing too. In the absence of dedicated accommodation which can deliver support services like healthcare, translation and legal advice, properties are simply rented from private landlords. Many of these don’t meet legal standards for private renting. Since the people living there aren’t treated as tenants, they don’t have the legal rights others have. The whole system is administered by outsourced private companies, who bid against each other not to provide the best service but to cut every corner to reduce costs.

Like so much in our unequal society, the inequities have been exposed during the COVID pandemic. People were moved into budget hotels without notice, and had their meagre incomes taken away. People seeking asylum were suddenly packed into unsuitable accommodation during a public health emergency.

The death of Mercy Baguma highlights inhumane policies which we should consider unforgivable. And it’s not an isolated case. This is the third death of an asylum seeker in Scotland in recent months.

But I can’t help thinking how much more of a national scandal it would be if this had happened to any other family. If your neighbour was found dead, their malnourished baby by her side, every newspaper would be screaming for social workers to be held accountable and for Government ministers to resign. We cannot allow mothers and babies to go hungry in 21st century Scotland, no matter what country they came from, or when, or why, or what their immigration status is. None of that changes their basic humanity, or absolves us of the moral duty to show compassion to those in need.

The roots of this humanitarian crisis on our own doorstep lies with UK policy. I wish I could say that I could hope for action from the Home Secretary to transform our asylum and immigration systems, to put compassion and human rights at their heart. But I know this won’t happen, and Scotland should not simply point the finger of blame, while changing nothing.

There must be a full inquiry not only into Mercy’s death but the treatment of asylum seekers both before and during the pandemic. The Scottish Government and our councils must force the legal limits of what they can do to support people. My colleague in Glasgow City Council, Kim Long, is currently leading a campaign for asylum seeker accommodation to be taken out of private hands and managed at the local level by the council with support from the third sector to ensure it meets all the needs of those in the asylum system. While the asylum contract is a UK one, control of housing, health, education and many other services asylum seekers need are devolved.

The human tragedies being lived out in Glasgow are unacceptable, and entirely avoidable. There can be no buck-passing here. Knowing who’s to blame for UK policies will not save people’s lives or protect them from trauma. This is a responsibility that falls to every one of us.

Patrick Harvie is co-convenor of the Scottish Greens.