Following an uncompromisingly hard Brexit, all the new limitations and sources of friction in Britain’s economic, political, and human interactions with the EU will only now kick in, writes Nick Witney 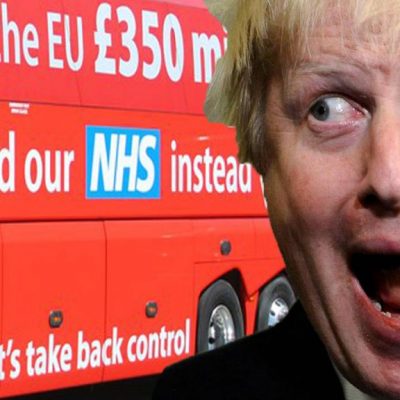 The BBC knows its national audience, and therefore scheduled the movie ‘Dunkirk’ for prime-time Christmas viewing. Britons like nothing more than tales of disaster heroically averted, and to celebrate them as great victories. And so it was with the last-gasp Brexit trade deal announced by a triumphant Prime Minister Boris Johnson on 24 December. When the presses rolled again after the holiday, the Brexiteer papers were quick to rally round: “Rejoice, a future of freedom and joy lies before us” enthused the Sunday Express.

In truth, the public reaction has been more one of relief than triumphalism. After five years of rancour, the desire to “get Brexit done” has been palpable – and the week of transport chaos occasioned by France’s brief closure of the Channel crossings in response to Britain’s new covid-19 mutation vividly brought home what failure to clinch a deal might have meant. Besides, the nation has had more important things to worry about, as the latest virus wave surges out of control and hospitalisations surpass even the levels reached in the dark days of last April. No wonder Brexit was largely displaced from the headlines after one news cycle.

Brexit was sold as restoring Britain’s historic parliamentary sovereignty. So, it was ironic that Parliament found itself allowed just one five-and-a-half-hour debate in which to scrutinise a 1,246-page treaty and 80 pages of accompanying legislation, before the vote was taken and the deed done. Still, Brexiteers could be happy that their idiosyncratic notion of sovereignty consistently trumps British economic interests in this uncompromisingly hard Brexit – and despite the corollary that the European Union will preserve its own freedom to initiate retaliation wherever it sees Britain gaining unfair competitive advantage by tilting the ‘level playing field’ of trade. Nor has the EU conceded on its own sovereign right to make a host of unilateral regulatory judgments that will have a profound impact on Britain’s ability to carry on selling to its biggest market (in everything from financial “equivalence” to data “adequacy”, to plant and human health regimes, to product conformity).

Resisting the call to rejoice, “doomsters and gloomsters” have also been trying to spoil the party by suggesting that Brexit is not “done” at all. All the new limitations and sources of friction in Britain’s economic, political, and human interactions with the EU will only now kick in. The hit to Britain’s growth rate – already the worst-affected by the pandemic of any G7 nation – is forecast to amount to 6 per cent of GDP or more over the next ten years. And the governance and review provisions of the treaty set the scene for an almost constant process of haggling with Brussels. Britons have also now had a demonstration of what will happen if or when the French choose to put their boot on Britain’s vital pipeline of supplies across the Strait of Dover.

With such a Brexit coming after a year of woeful ineptitude in responding to the coronavirus (the UK had the fourth-highest death rate per capita in Europe), one might suppose that the Johnson government is now a “sell” stock. But this could be a mistake, for three reasons.

Firstly, any inclination to dissension in the ranks will be mitigated by the fact that leading Brexiteers have largely ensured that they will be personally unaffected. The main Brexiteer press barons are expatriates; Johnson’s own father is now claiming French citizenship. The asset management company co-founded by Conservative MP Jacob Rees-Mogg – who was Theresa May’s chief assassin – has set up in Dublin (Mogg stepped down from the firm on joining Johnson’s cabinet in 2019). Sir James Dyson has departed for Singapore; fellow Brexit billionaire Sir James Ratcliffe announced in December that his new 4×4, patriotically named the Grenadier, will be built in France. The covid-19 emergency has also provided the government with opportunities to hand out jobs and contracts to friends and allies, in what critics style a new “chumocracy”.

Thirdly, assaults on democratic constraints have also had their effect (with its unwritten constitution, Britain is especially vulnerable here). Parliament has been sidelined; the BBC, the judiciary, and the civil service variously threatened and cowed. The government has also shown an Orbánesque talent for scapegoating and sowing division: through a long decade of austerity, while public services and benefits were cut and tax rises avoided, growing inequality was masked by setting “strivers” against “skivers”.

The British Conservative party is famously ruthless, and successful, in retaining power. Johnson himself could be sacrificed in the coming months, if polling suggests that a new leader and prime minister would be more popular. The wheels may even come off the government as a whole. But do not bet on either outcome. As Britons re-enter lockdown in this grim January, its rulers may choose to relax in front of another much-loved movie, a perennial favourite of English football fans – ‘The Great Escape’. Or one of those jolly heist capers, where lovable rogues laugh all the way from the bank.

Nick Witney is Senior Policy Fellow at the European Council on Foreign Relations.

This article was reprinted with kind permission of ECFR. You can read the original here: https://ecfr.eu/article/the-great-brexit-heist/